Just when I thought in-flight service in business class could not get worse, I flew Avianca. To say my flight was disappointing would be quite an understatement.

From the outset, I acknowledge Avianca is a financially-troubled airline. It is currently operating in bankruptcy protection (with plans to emerge soon) and there is  genuine concern whether the carrier can survive.

Even so, I was expecting a little something more on a 5.5 hours flight departing at dinner time in business class, and I don’t just mean the meal.

Upon boarding my Airbus A319 from San Salvador (SAL) to Los Angeles (LAX), I noticed the cabin looked rather tattered and there were no individual screens. 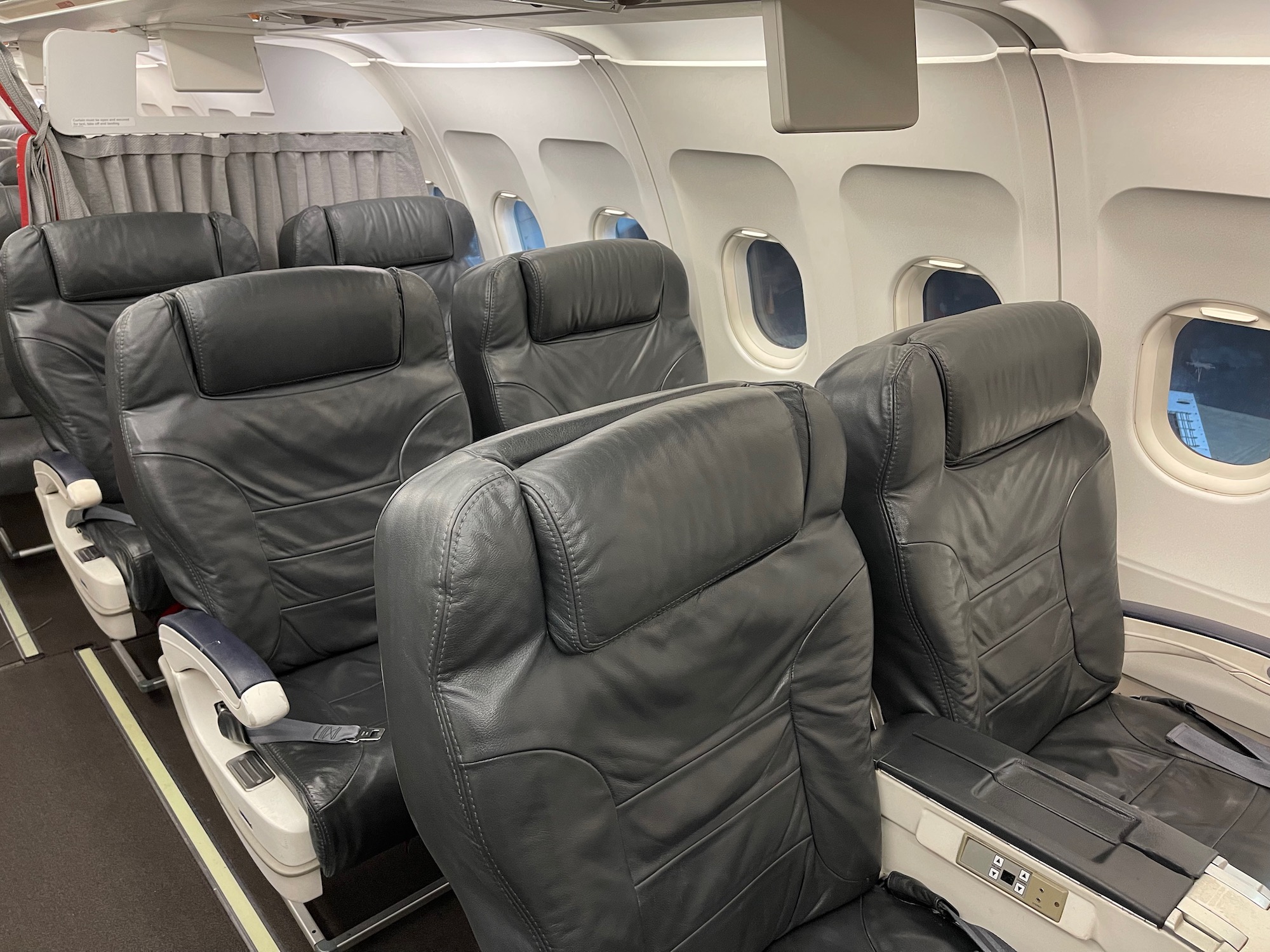 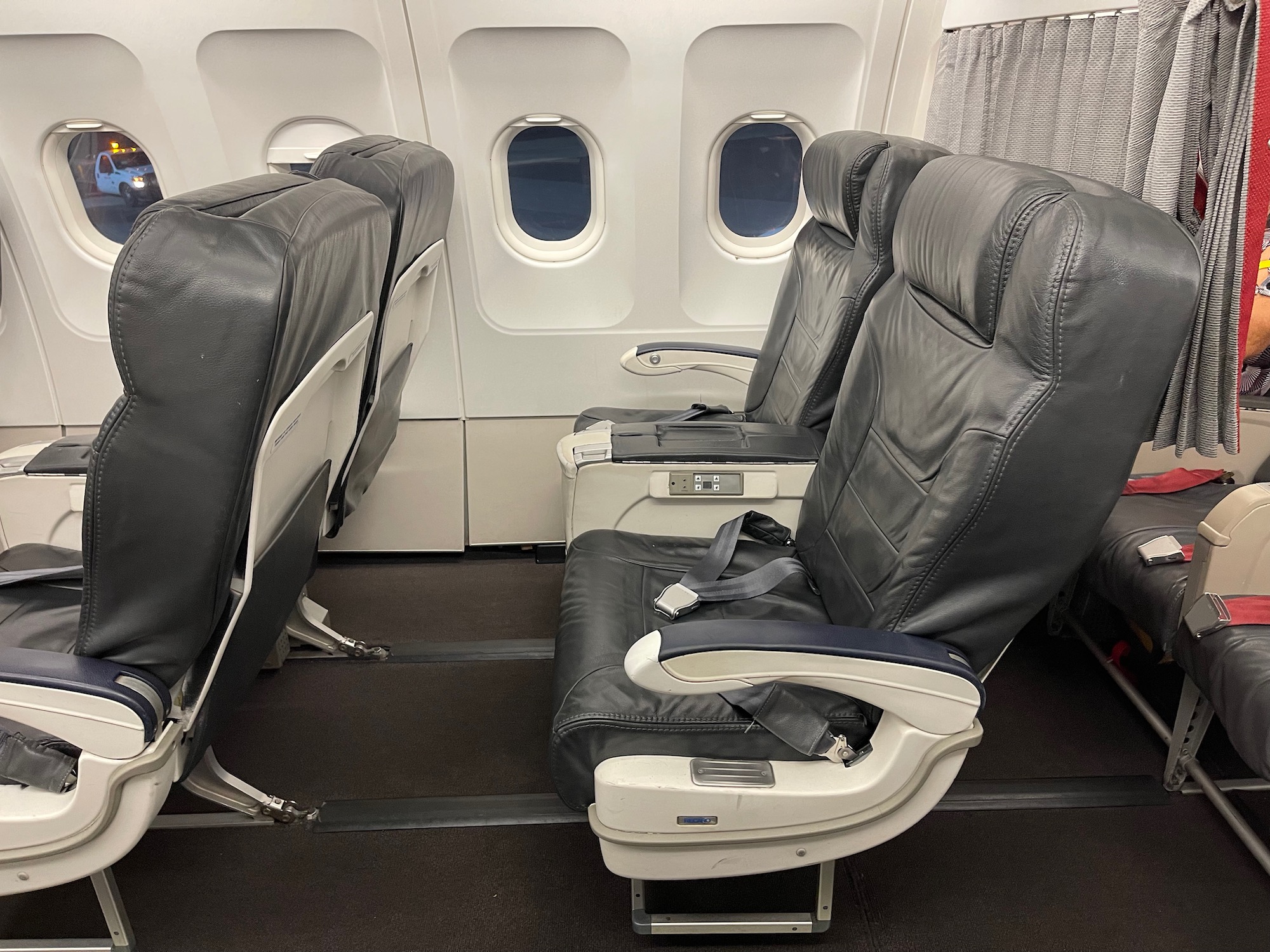 The business class cabin boarded full, with an off-duty flight attendant seated next to me. We took off on time and the captain informed us our flight time would be 5 hours, 17 minutes and we’d be landing in Los Angeles on-time.

Shortly after takeoff, a flight attendant sprang into action. I had enjoyed some tortilla soup in the lounge prior to the flight, but was somewhat hungry.

That turned out to be a mistake on my part.

She appeared with a beverage cart and I noticed just about everyone was ordering Baileys Irish Cream. That’s odd, I thought. Is this a favorite drink in El Salvador? 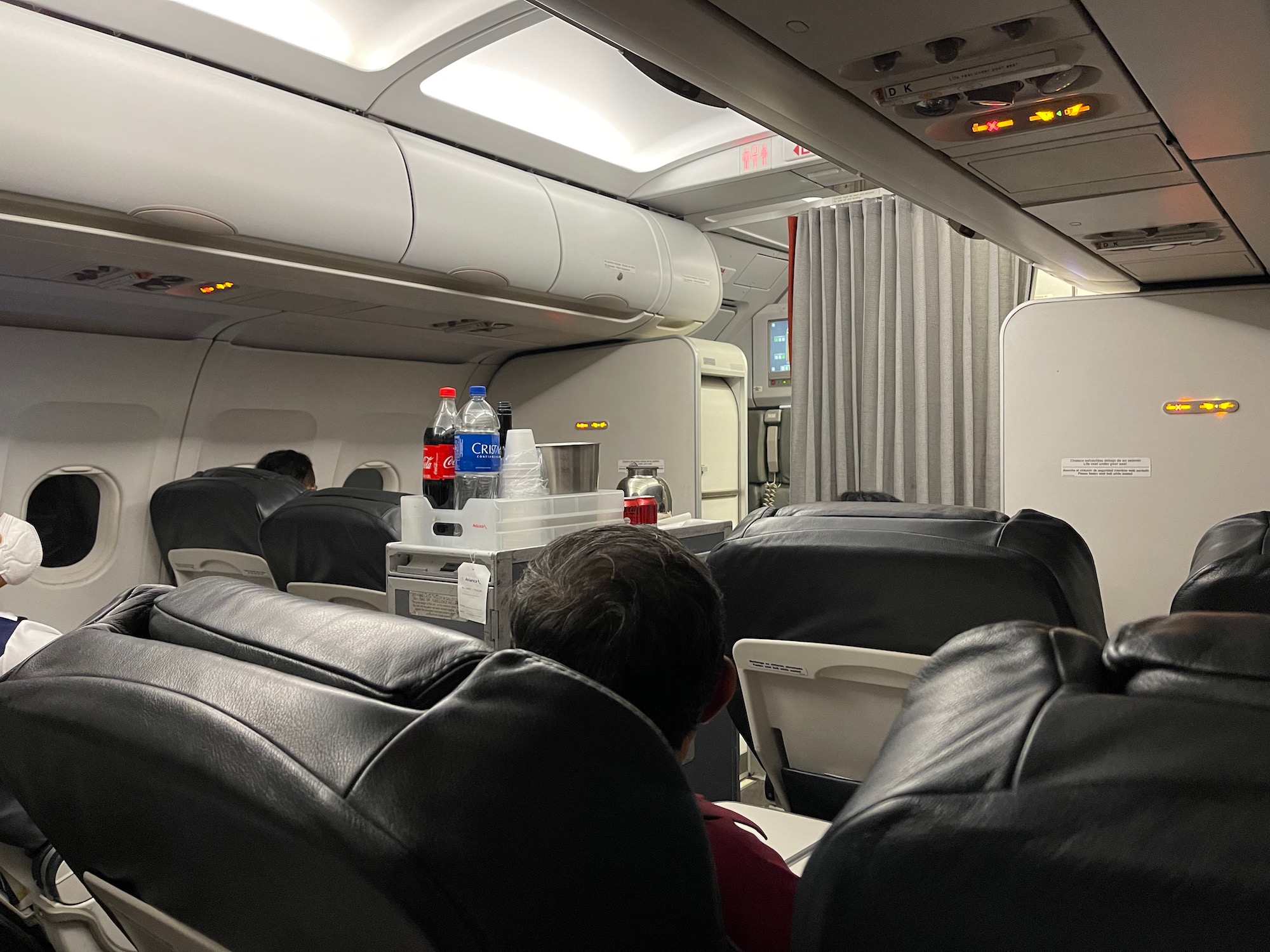 Finally she reached me in the last row and offered me a choice of water, Coca-Cola, or Baileys. Yes, three drink choices in business class, including Baileys. Settling back in my seat, I tried to relax.

And the flight attendant must have as well, for I didn’t see her until just prior to landing. That’s right, not even more water, Coke, or Baileys during the rest of the flight.

Folks, don’t even bother with the smallest violin jokes. This blog is all about first world problems like meal service in business class. Sure I’m complaining, but I also hope you will take my experience into mind when choosing which airline to travel on to Central and South America.

I could have taken United back from San Salvador – Los Angeles and been home three hours early and enjoyed a full meal aboard with wi-fi, individual screens, and streaming entertainment. Let that sink in…

But while I do think Avianca’s cost-cutting is absurd, I was happy to try it…now you don’t have to. What a disappointment for a carrier that traditionally offered very tasty meals onboard.