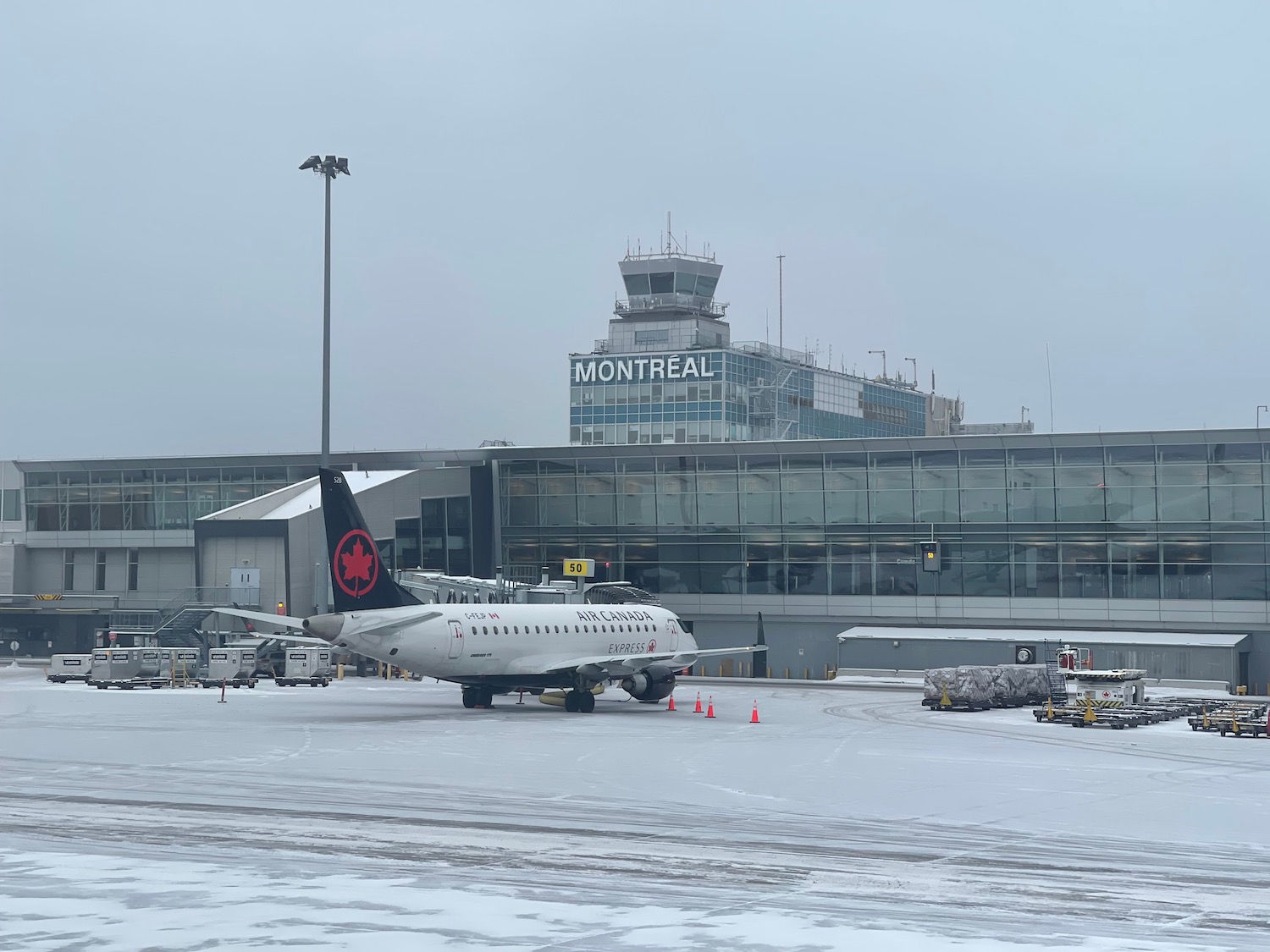 I’ve have many quick transits over the course of my travels, but never had an experience quite like my international transit in Montreal Pierre Elliott Trudeau International Airport.

When we last left off, I had arrived in Montreal on Tunisair almost two hours late, dropping the time to make my connection from nearly three hours to just 40 minutes. While 40 minutes is typically enough time to make a connection, an international transit to the transborder area (for U.S. flights) is far more complicated in Canada because you clear U.S. immigration prior to your flight to the USA (preclearance).

To complicate matters, when we pulled up to the gate, the ground staff had trouble opening the door of our A330. We stood for several minutes waiting. I had flown Tunisair from Tunis to Montreal on one ticket and booked a separate ticket back to Los Angeles on United Airlines via Newark. By the time the aircraft door opened, it was 3:20pm and my flight to Newark left at 4:00pm.

And I wasn’t checked in…

(Why not? Because United requires document verification in order to check-in for inbound U.S. flights and I did not take the time to upload my negative COVID-19 test and vaccine card in advance. I figured I’d have plenty of time after landing…a foolish mistake, in retrospect).

I ran down the arrivals hall and saw a sign for U.S. connections, however an airport staff member would not let me go down that hall because I did not have a boarding pass for my U.S. flight.

Instead, I had to enter Canada…and the lines were horrible. Plus, I had not filled out a passenger locator form (since I was transiting) and the agent made me fill one out. The problem is it requires you to create a quarantine plan and provide an address you’ll be staying at. I showed this to the agent and explained I really didn’t need one, but she insisted I would be fined for not having one completed and told me, “Just make something up.”

So I put that I would be staying at the Park Hyatt in Toronto and she finally let me downstairs to the immigration area.

I had a decision to make: wait in line and miss my flight or be “that guy.” I decided to use the crew lane, which had no wait. An agent took my passport and I explained the situation. He understood, put a blue sticker on the back of my passport (indicating no on-arrival test required) and sent me on my way, without stamping my passport.

It was now 3:30pm and I ran through baggage claim and then upstairs to the check-in area, then ran down the length of the terminal to the transborder check-in area.

Boarding was about to begin for my 4:00pm flight. I also discovered that the 4:55pm flight to Chicago and been cancelled, so it was this flight or buy a walk-up ticket on the Air Canada nonstop.

I reached the counter at 3:35pm. A United agent told me I was too late to check-in…but thankfully his supervisor said she would make an exception since I had no checked bags.

With boarding pass in hands, I ran to the security checkpoint, which was thankfully not crowded. By 3:40pm I was past security and on my way to U.S. passport control.

No one one else was present and I used Global Entry. The agent stopped to chat with me…he was curious about my travel patterns but let me go when I explained I was a travel blogger. I would have saved a few minutes by having my boarding pass in advance, but it would have been a nail-biter either way. But I’m happy to report that even during the pandemic and despite busy afternoon crowds, I was able to navigate through the concourse, Canadian passport control, check-in, security, and U.S. passport control in less than 25 minutes. Not bad.