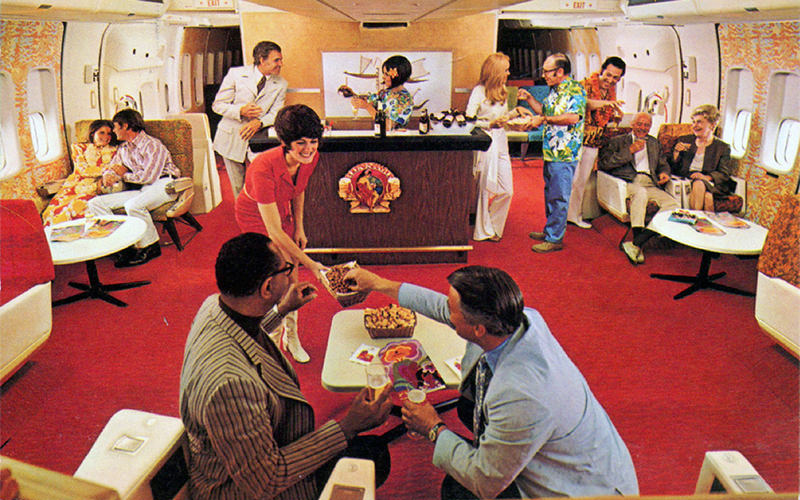 Imagine a country where airlines were seen as a public utility, not merely an engine for profit. A body of civil servants determined what routes each airline would operate, how much they would charge, and  limited any new entrants into the market so as to encourage stability and modest profit.

That was the United States up until the Airline Deregulation Act of 1978. And frankly, most airlines were just fine with it. The big boys like Pan Am and TWA used their entrenched advantage to offer mostly stable service. Without pesky competition, they could maintain attractive margins while even offering luxurious perks onboard to all travelers.

While the oil crisis and stagflation may have changed the calculation for airlines, the biggest loser was consumers, who paid what we would consider in 2020 to be exorbitant rates for airfare. The ultimate result of deregulation may have been Basic Economy and unprecedented ancillary fees, but it also made flying cheaper than ever before. Most consumers, though they love to complain about how bad airlines are, still consider low fares the most important metric.

While airlines are not exactly clamoring for a return to the Civil Aeronautics Board (CAB) to eliminate “ruinous” competition, U.S. airlines note that we are in a unique time. Load factors are so bad that some flights have more flight crew members than passengers. We’re not even talking about 20% loads. Think 5-10% loads…

This prompted one unnamed airline executive to tell CNBC:

“Does it make sense for more than one of us to be flying to a city when there are only a few seats filled on each plane? It may make more sense to maintain service to that city, but put all passengers on one plane.”

Did you catch that? Airlines are now talking about operating domestic flights on behalf of one another, to stem losses.

How would service consolidation work? Take the route from New York City to St. Louis, Missouri. Right now, American, Delta and Southwest all fly the route from LaGuardia Airport to St. Louis Lambert International Airport. If the route were temporarily consolidated, all airlines would continue selling tickets on the route, but the carriers would agree to put all the passengers on one plane.

Great Concept, But How?

Is this instance of desperate times calling for desperate measures? The idea makes sense…in theory…but how about in practice?

Let’s continue with the example above. Say one airline, Delta, is assigned to operate from New York to St. Louis. Say a plane goes out with 10 passengers. Two are from Delta, two are from United, three are from Southwest, and two are from American. How will revenue be split? If Delta operates the flights with its gate agents, pilots, and flight attendants, that means Delta will bear the brunt of the cost. Do airlines expect, by assigning routes somewhat evenly, that it will all even out? Will it be any different than current codeshare arrangements?

More importantly, who will set fares? With a new cartel in town, will fares skyrocket since only essential travel will be happening anyway for the next few months?

Frankly, I cannot envision a formal agreement taking place. Rather, I can picture a sort of gentlemen’s agreement among the legacies and Southwest that will carefully lead to “temporary” suspensions” on some routes, which will temporarily solve the problem without CAB 2.0.

You scratch my back and I’ll scratch yours…

Perhaps a more apt analogy is the colonial powers carving up land into spheres of influence. If airlines do something similar, consumers will not win in the short-term. The question is whether enough people, especially those in charge, will buy the argument that this sort of draconian policy is necessary so that consumers can continue to win in the long-term.