I really hated to leave the Kempinski, but around 2:00pm I ordered an Uber and headed over to the bus station. Yes, I planned to take public transport on a 200km (124 mile) journey from Accra to Lomé via Aflao, the border town dividing Ghana and Togo. While it did not work out according to plan, I still had quite the adventure…

First, great thanks to Jason Around The World for his report on the same journey. He’s not one to mess with public transport, but gave me great insight into the trip, which helped eliminate much of the uncertainty.

I love first class flights and five star hotels, but I’m not particularly pretentious when it comes to ground transport. I figured taking a bus or shared van from Accra to Aflao, the Ghana border town, would be easy enough.

Traffic was horrific getting to the bus station, even though it was less than a mile from the hotel (and less than $1 on Uber). I could have made better time walking, but it was an unbearably hot afternoon and I was traveling with luggage. Accra has many bus stations, but I headed to the Intercity STC Tudu Bus Station. These appeared to be government-operated buses and there was published service from Accra to Aflao.

I was the only white guy there…literally, me and hundreds of people looking at me like I was crazy. Everyone watched as I went up to the ticket window and inquired about the next bus to Aflao. I was told to sit down and wait…one was coming. Ok. I had cash ready to pay for a ticket and according to the website, it was only 34 Cedi (about 6USD).

An hour passed. It was now after 3:00PM with rush hour approaching.

When I asked if there was an update about the bus, I was met with a shrug.

The touts were getting aggressive. A couple guys around me picked up on the fact I was trying to get to Togo and began aggressively trying to hawk me their taxi service. They wanted 1,000 Cedi (170USD) to take me to the border.

I burst out laughing.

Uber wanted 162 Cedi (27USD) for the ride. It really wasn’t to save $20 that I wanted to take the bus…it was more for the experience. But time was wasting away, rush hour coming, and I was finished waiting (a luxury that I do not take for granted).

I probably could have negotiated a better deal, but I showed them the Uber price, told them I’d give them 180 Cedi (30USD) and started walking away.

They took the deal…I’m sure they got the better end of the bargain.

I looked back, somewhat sad. All the people who were waiting for the bus would still be waiting for the bus. Since I had purchased the whole car, I decided to invite another passenger along. Why not if the front passenger seat would just remain empty? You should have seen the look on his face. He didn’t speak English, but his beaming smile was better than any gratitude he could have expressed.

We took off…and hit horrific traffic. For miles. For hours.

At one point the driver tried to bypass stalled traffic by off-roading through a trash-filled, vacant field. I chuckled as about a dozen other cars followed him. We hit construction at one point and rather than slowing down he accelerated through it. It was one of those rides.

Once we reached Aflao, the other passenger bailed and I was left alone with the driver. He spoke very little English, but I asked him to take me all the way to border…the touts at the border are supposed to be horrific and I did not want to deal with them.

I paid him in the car (and yes, I did tip him), we shook hands, and I bolted out for the border outpost before doing something I really should not have done… 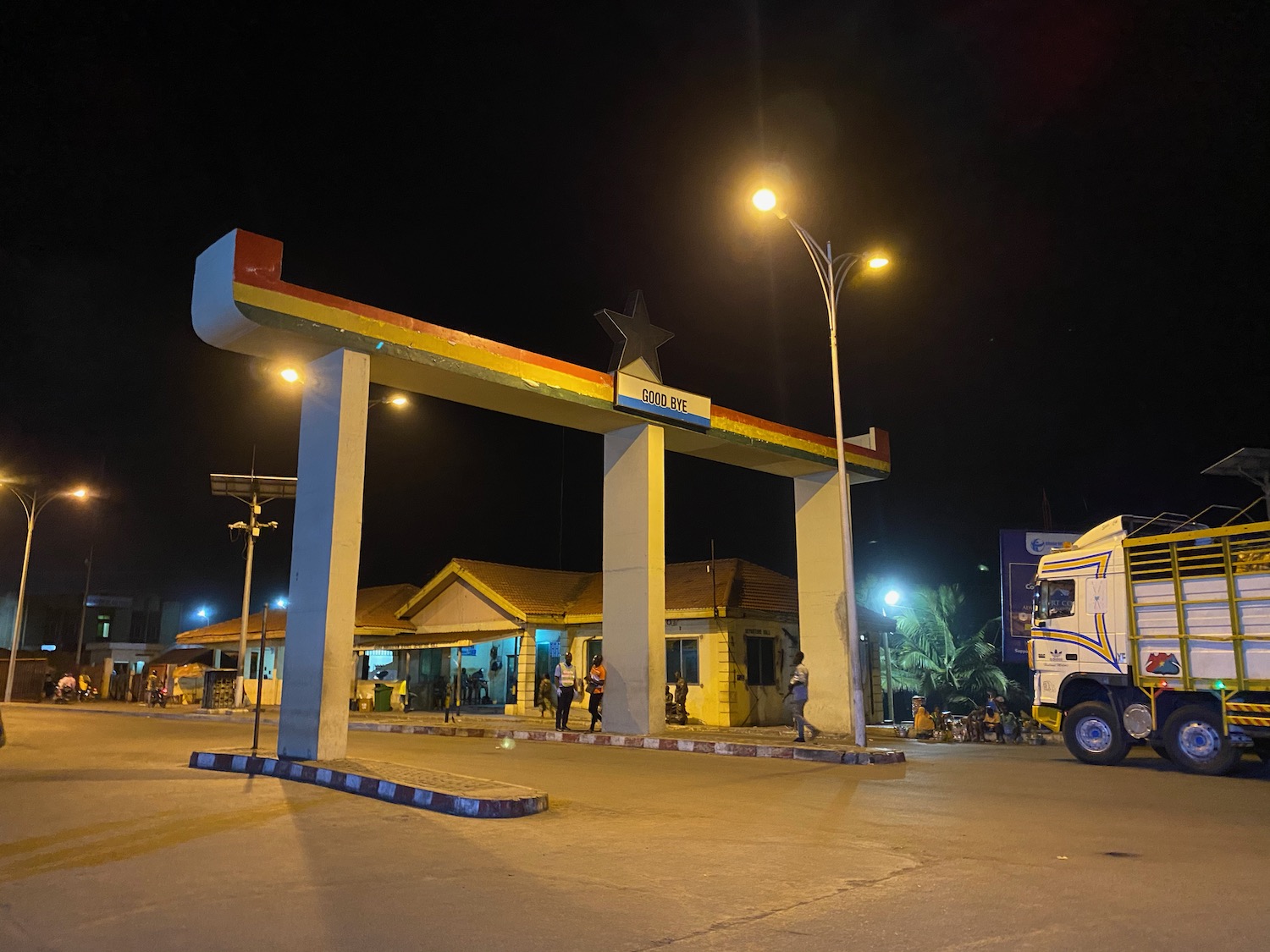