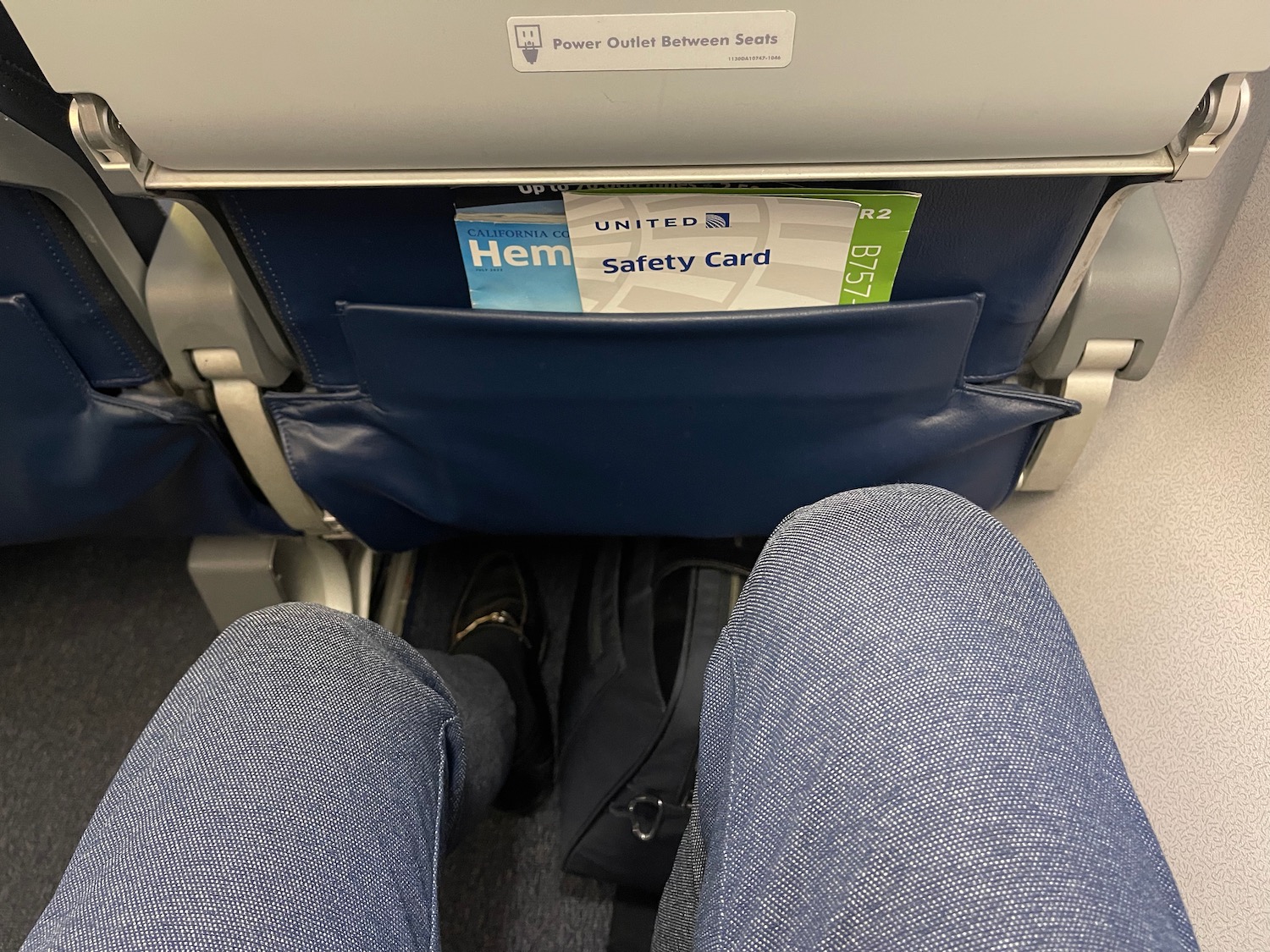 I make a conscious effort to fly in the forward cabin on every flight I take. But sometimes, it doesn’t work…and somehow I am thankful for it. That’s the enigma of economy class.

Enigma: The Satisfaction Of Economy Class

I just returned from a long trip and simply wanted to sleep Sunday morning on a flight from New York to Los Angeles. But despite a high fare and using high-priority PlusPoints to attempt to upgrade to business class, I did not clear and wound up in economy class for the six hour cross country journey. I’ve been left at #1 on the upgrade list quite a bit lately…though I’ve largely overcome my long-term upgrade phobia by not checking the list any longer. If I get the upgrade at the gate, it is a surprise. If not, at least I did not waste my time compulsively checking the upgrade list in the 24 hours leading up to the flight (as if that would do any good).

At Live and Let’s Fly, we would never sell you on the lie that travel can be “free” with the right credit cards, because even the effective use of credit cards requires an investment in time and often money. Even top-tier airline elite status also doesn’t guarantee upgrade success, as I can certainly attest.

Of course I could have bought up to business class if I really wanted it…at a cost of $2,499. Sorry, but no thanks. Even if money was not an object, I simply could not justify spending that much.

So once again, I flew economy class…and like always, I survived just fine. In fact, I was productive, enjoyed a cheeseburger, had a good conversation with my seatmate, and even got a nap in.

Not bad at all for a daytime transcontinental flight.

And that’s the enigma. I love flying in premium cabins, especially as I grow older. I used to be indifferent about upgrades on short flights, but now I like to sit up front on every flight, even flights under an hour.

And yet every time I fly coach, as the majority of us do, I am again reminded that it is just fine. And then I wonder why I possibly make such a huge effort to use miles and points to fly business class or leverage frequent flyer benefits for upgrades in the first place.

To be honest, I don’t have a great answer. It’s like a game…a game that I’m generally pretty good at, though all bets are off this summer. I still consider chasing upgrades a good investment in time, but I’m happy to report that I’m obsessing far less about it than I have in the past.

I will say that my continued lack of upgrade clearance at United is frustrating and certainly will inform my decision whether to make the final push to qualify for 1K this autumn or not.

I suppose it’s asking a bit much to clear an upgrade on a busy Sunday morning during the height of summer travel with only 16 seats in business class (United’s 757-200s offer a bad upgrade ratio). Still, I’ve ended up #1 on the list on many recent occasions, which is actually much more annoying than finding myself further down the list.

My point in this essay is not self-pity or an expression of entitlement, but the enigma that when upgrades don’t clear, even on long flights, it really is not the end of the world. Quite the opposite, it often results in a more productive and more fulfilling flight. And realizing that helps me appreciate flying in premium cabins all the more when the opportunity arises. I know that is not a profound conclusion, but at the same time, I’m still filled with thankfulness every time I step on a plane, no matter where I end up sitting.