Home  >  Tips  >  Manspreading On An Airplane Is Grossly Unacceptable 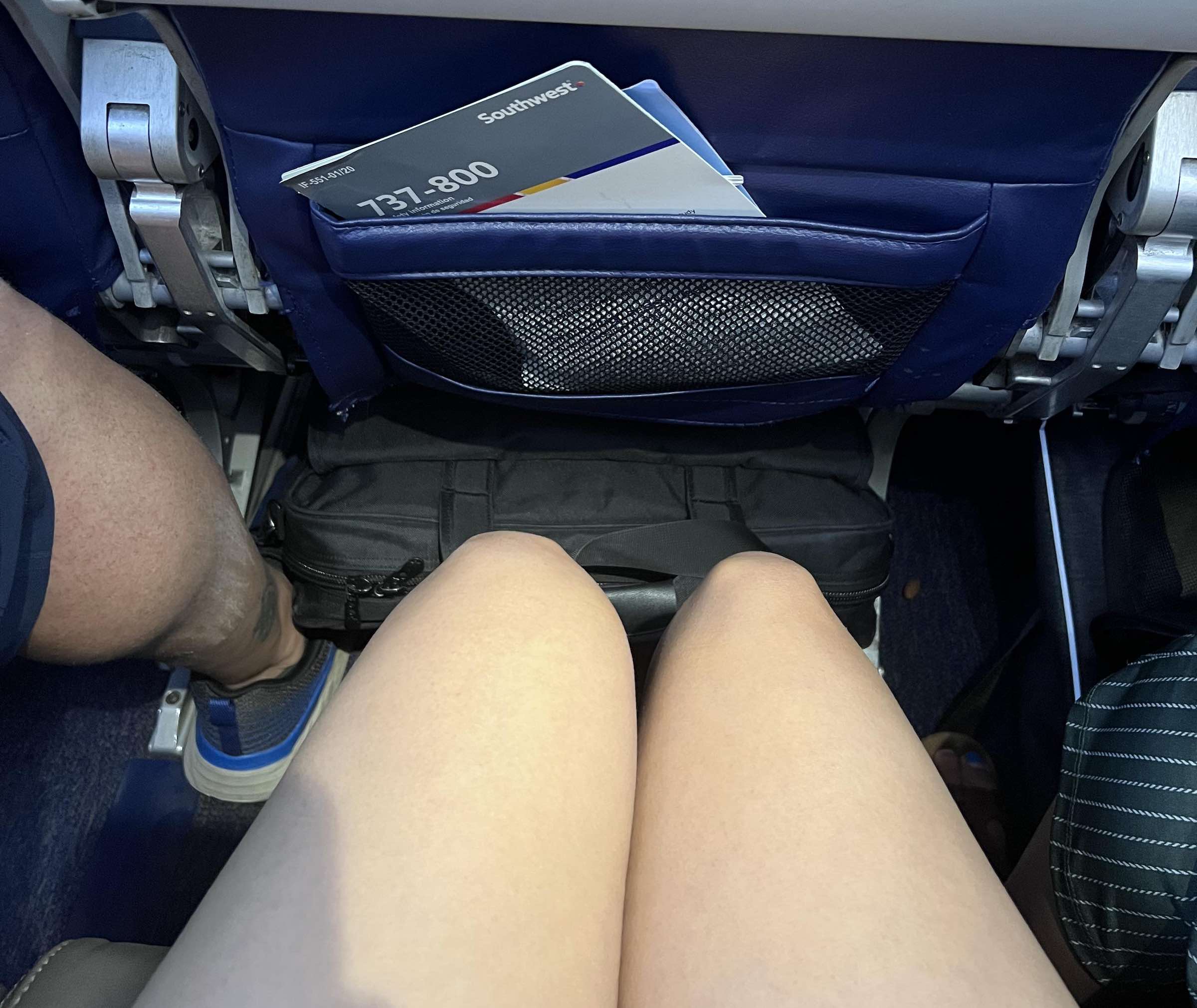 Keep your feet to yourself on an airplane. There is no instance when “manspreading” is allowed except when the seat next to you is open.

Manspreading On An Airplane – Not Okay

A user posted the following picture on Reddit of her recent Southwest Airlines flight. Her seatmate can be seen “manspreading,” which according to the Oxford Dictionary is “the practice whereby a man adopts a sitting position with his legs wide apart, in such a way as to encroach on an adjacent seat.”

This is not only rude and unsocial behavior, but it is extremely odd that anyone feels so entitled to the personal space of others that they can simply occupy what is clearly not thier own.

Of course, this woman was also attacked on Reddit for being passive-aggressive and for not standing up for herself right away, but I do not blame her. It takes a certain level of mental instability to manspread in the first place, at least in economy class on an airplane when the seat you are encroaching is occupied by another passenger. If someone is rude enough to manspread in the first place, I would not hesitate to speak up, but my mind would also wander to more passive-aggressive remedies like spilling a drink…

I’ve never encountered this myself in the hundreds of flights and millions of miles I’ve flown over the years. Maybe because I’m on the taller side and it seems that only petite women encounter this, as if someone concludes they “don’t need the space is as much as I do.”

Just a plea, folks: be kind to others, especially in confined spaces like an airplane. Treat others the way you would want to be treated. I know seat pitch in economy class is tight (I flew to Germany in the last row of coach in a middle seat…), but imagine if someone else’s leg was in your space.