A last-minute aircraft swap meant my Boeing 777-300ER with Qsuites became an Airbus A330 with a far inferior “first” class seat, but my short flight from Doha to Amman still proved to be excellent.

After arriving from Tokyo I enjoyed a breakfast feast in the Al Safwa Lounge…it has been a few years since I’ve been in this lounge and it felt like it had not changed at all. I’ll update my review, but was quite happy with the food, service, and even utilized the spa area. 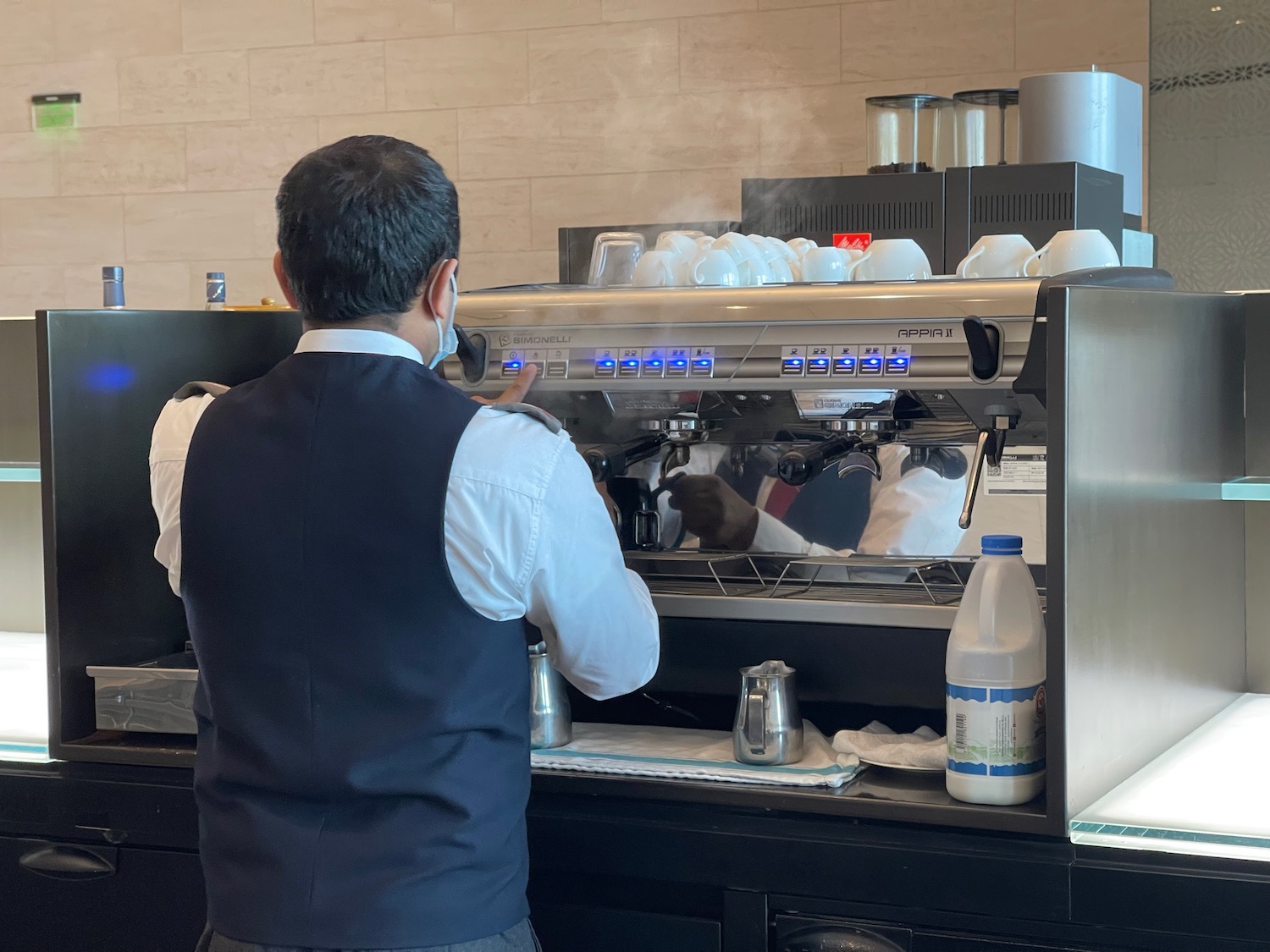 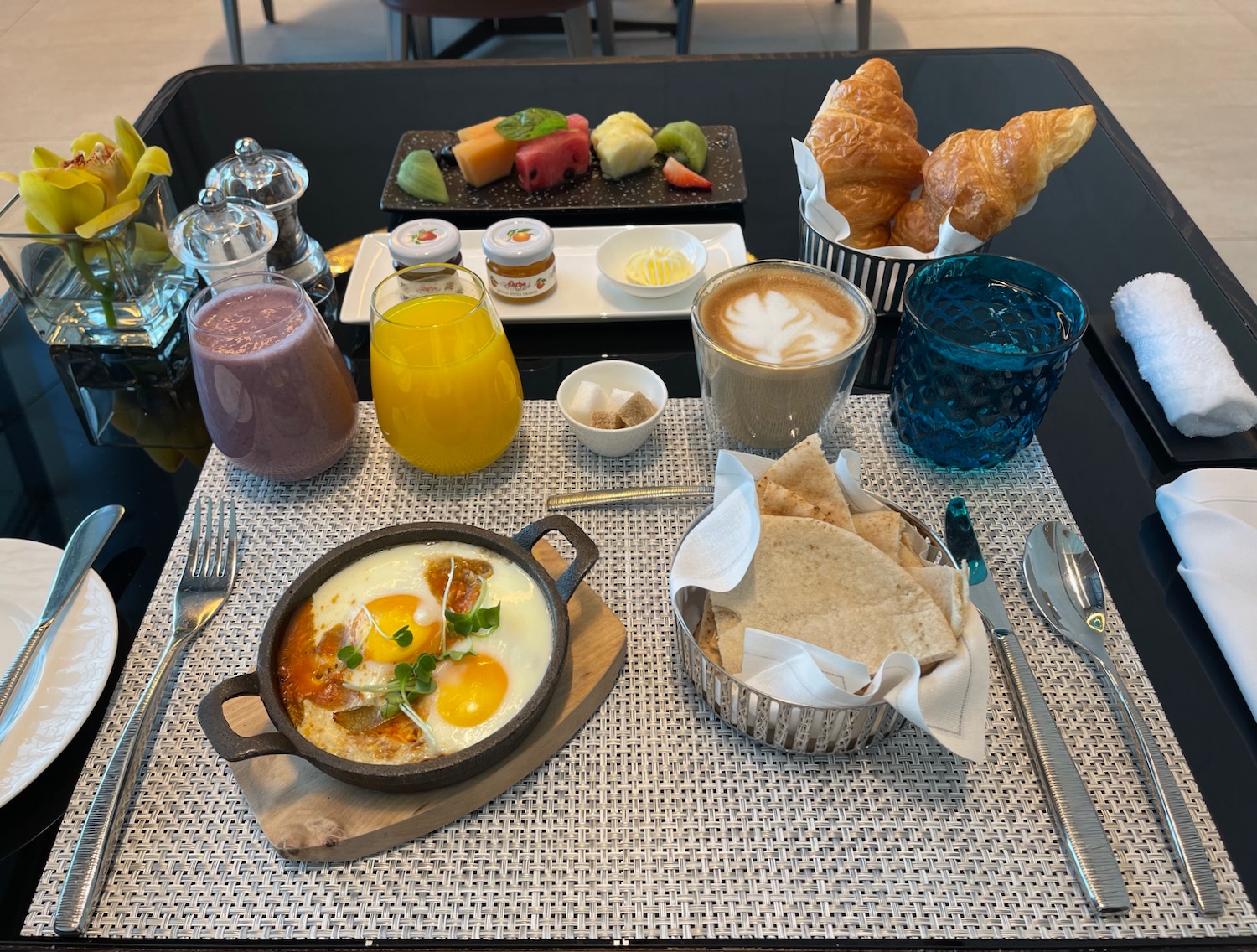 Qatar Airways is pretty bad about last-minute aircraft swaps and I fell victim to one on this 2 hour, 50 minute flight. My 777 with a 1-2-1 seating became an A330 with 2-2-2 seating up front (no direct aisle access for window seat passengers).

I put first class in quotation marks because Qatar Airways markets it regional flights within the Middle East as “first class” which I’ve never fully understood, but note that it does provide access to the Al Safwa Lounge, which is a nice step up over the Al Mourjan Lounge for business class passengers. 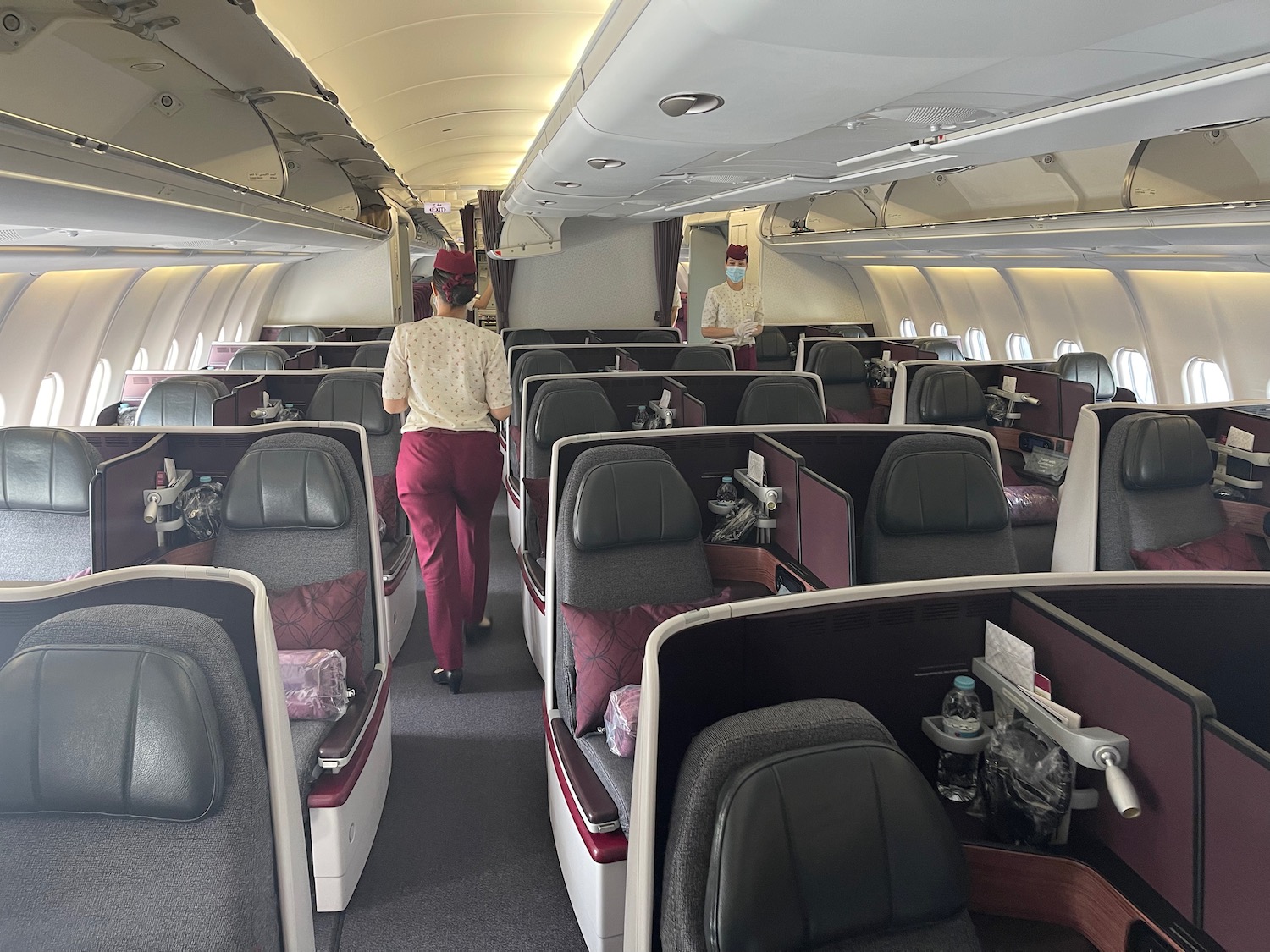 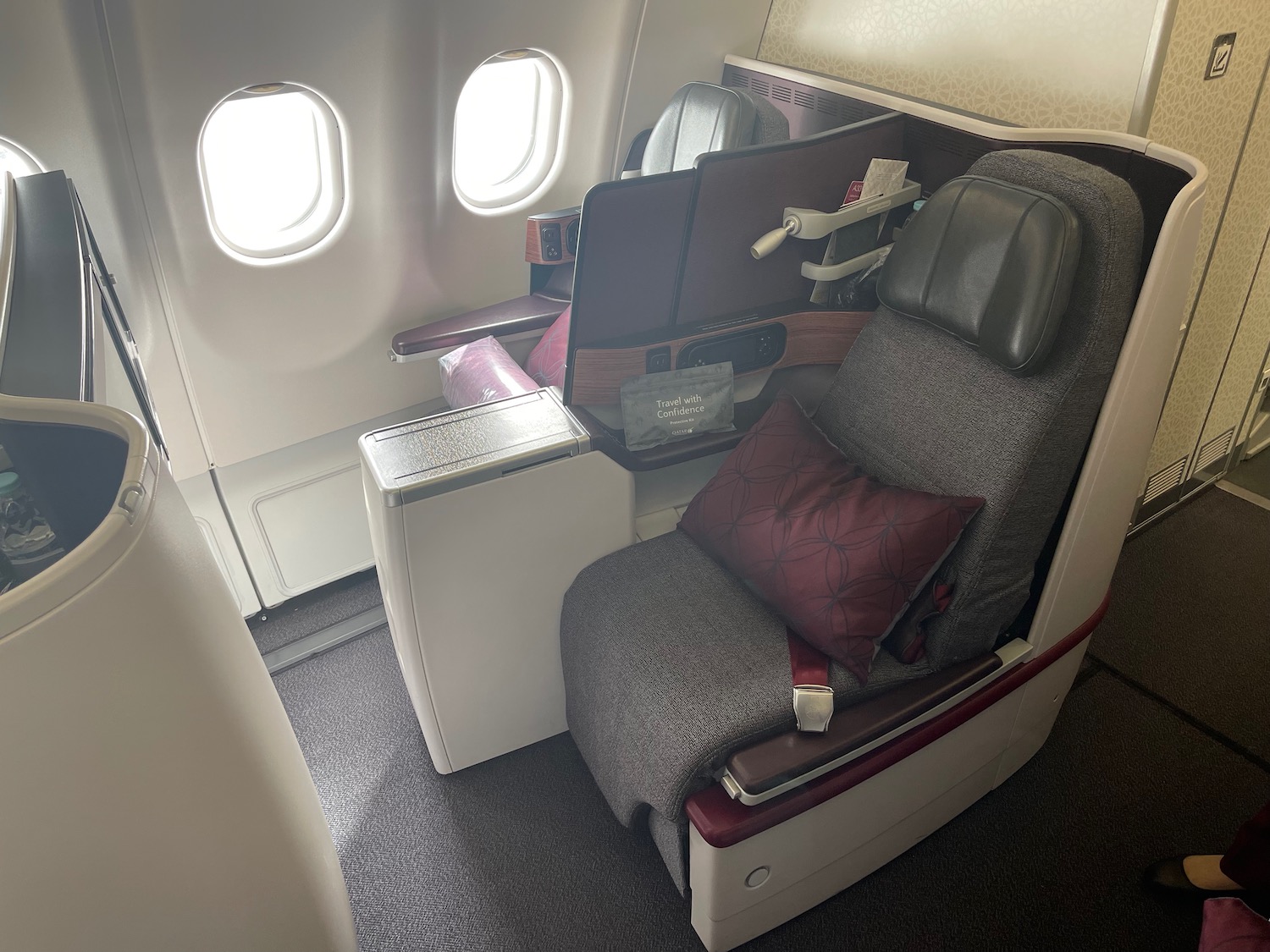 Onboard, Nour took care of me and provided excellent service throughout the flight. The seat next to me stay opened, which helped.

One first class distinctive on Qatar Airways, versus business class, is Arabic coffee and dates prior to the flight. 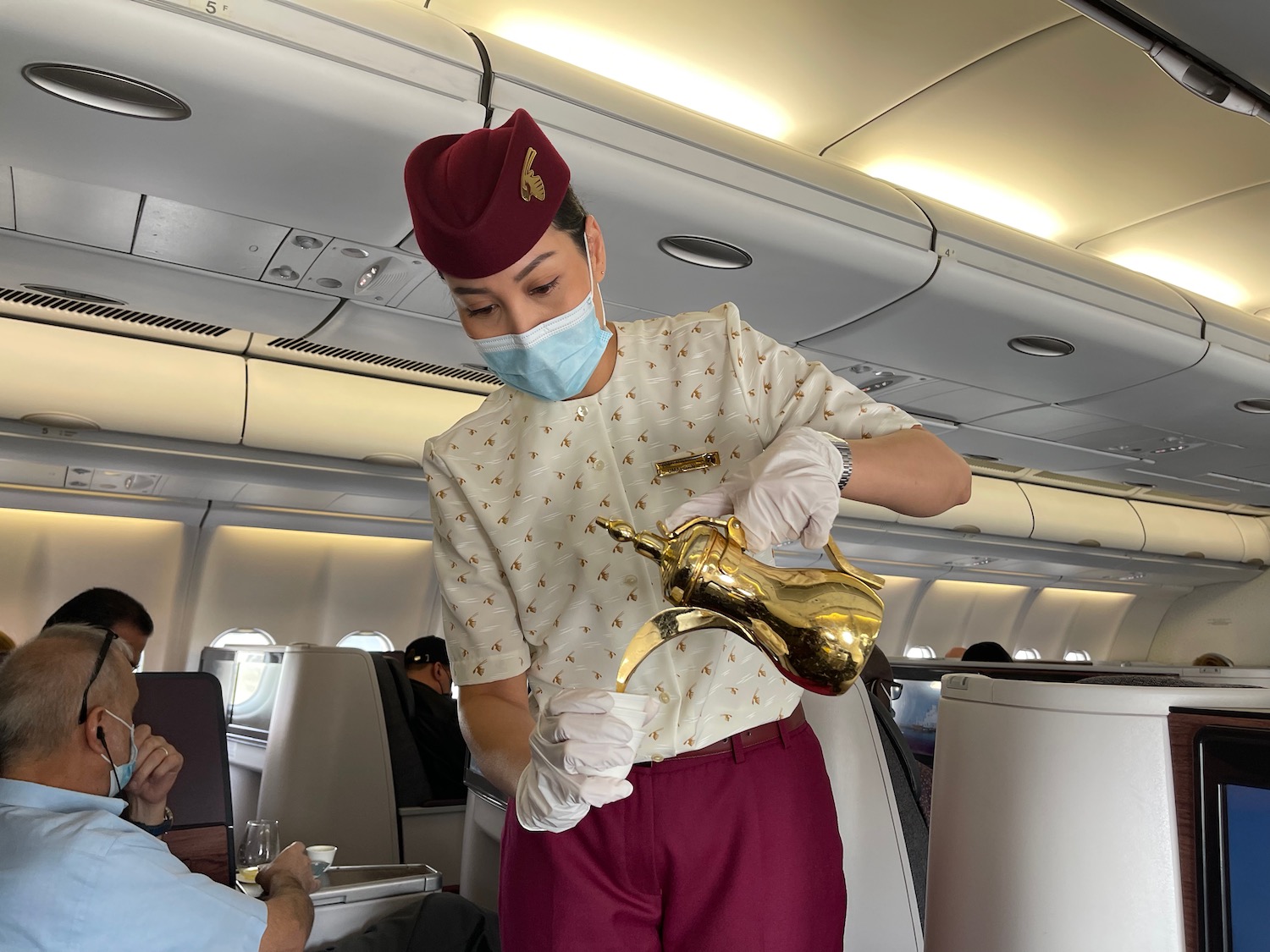 Having just indulged in a feast in the Al Safwa Lounge, I did not eat until before landing. Perhaps this was a mistake, because I found the catering lackluster and it may be that my omelet was just left in the oven too long. It was served with lamb sambousek and halloumi cheese and frankly better than most meals I would receive on a flight of that length within the USA (especially considering the fresh orange juice and berry smoothie), but not a particularly memorable meal. We landed to a pleasant day in Amman and I was soon off and on my way through passport control. It’s always nice when you can be “let down” to find yourself on an A330 with lie-flat seating, a large menu of food, and great service on a flight less than three hours. The flight was fine in the sense that after an 11-hour flight on JAL followed by a 12-hour flight on Qatar Airways, I was just ready to seep some more…but Qatar Airways impresses on both the short- and longhaul sectors. 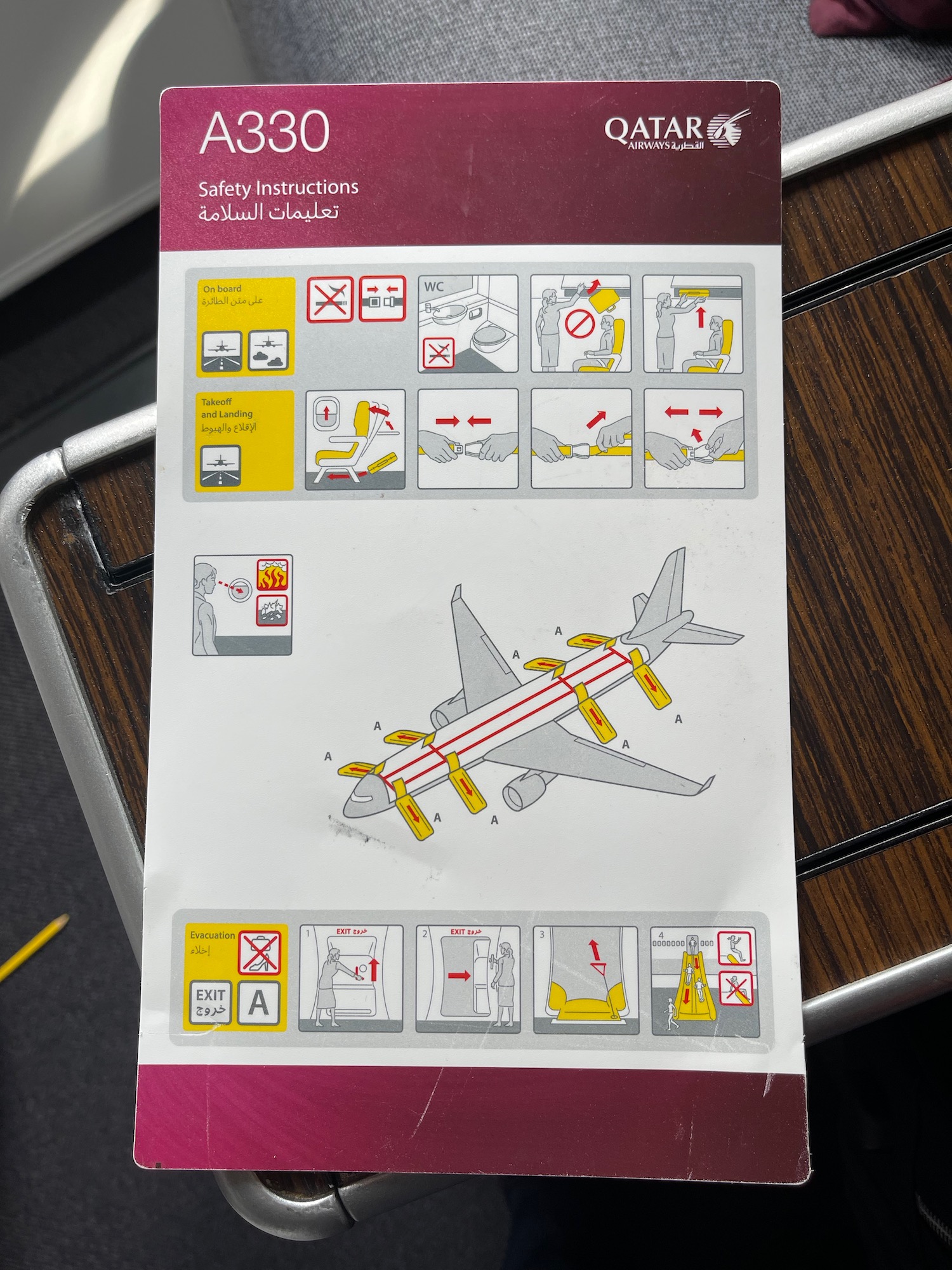