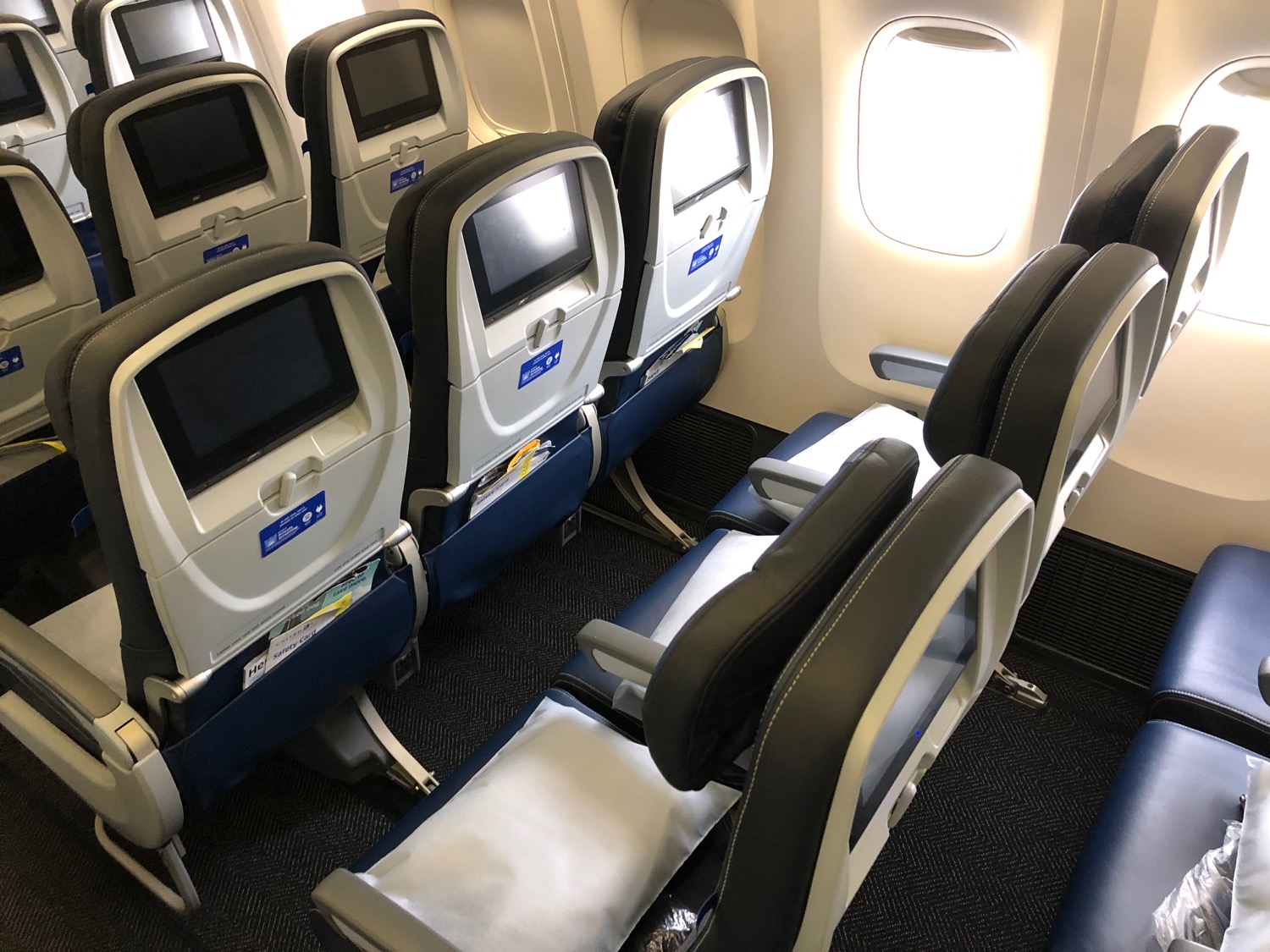 Yesterday, Live and Let’s Fly reported on a video that strongly suggested, if not outright stated, that United Airlines would install seatback TVs and larger overhead bins on its older narrobowdy aircraft. But United has silently removed all mention of those cabin improvements from the video. Was the announcement simply premature or did United change its mind?

Will United Airlines Install More Seatback TVs After All?

JonNYC posted the following screen grab from the video on Twitter: As you can see, when talking about AVOD (audio + video on-demand), seats with monitors are in the picture. Could that have been a visual error? Could Toby Enqvist, United’s Chief Customer Officer, really just been referring to United’s PED program (streaming personal device entertainment via wi-fi)?

After my story went live, a United spokesperson e-mailed me the following statement:

“After navigating through the worst crisis our industry has ever faced, we are excited about what is ahead for United. We’re focused on continued innovation to enhance the customer experience as they return to the skies. We look forward to announcing more details in the near future.”

Later on, United featured One Mile At A Time’s coverage of this news in its newsfeed for employees. That seemed to me a clear confirmation.

But then the portion of the video pictured above was quietly deleted (just that five second clip).

And so we are left to speculate: just what is United up to?

The fact that United promoted the One Mile At A Time story to its employees certainly suggests confirmation of this news. Furthermore, in the airline industry AVOD almost invariably refers to seatback screens, not streaming devices. And, the current narrowbody seats are not that old. Why would United discuss new seating along with AVOD if it wasn’t to create a place for seatback TVs? Put another way, absent video screens, there would be no reason to replace the seats.

My gut tells me this news was leaked prematurely and is part of a broad initiative that will create a JetBlue-style system of ordering food and drink plus in-flight-entertainment from the seatback monitor. That’s just a guess, but I cannot imagine such imprecise wording and imagery if United somehow only meant streaming IFE.

But for now we will just have to wait and see…