Stop by the United Club in London today for a celebration of the day that those treasonous colonists across the Atlantic declared independence from the Crown!

Time heals wounds and the “special relationship” between the United Kingdom and United States of American is an enduring testament to a common heritage and shared history (and this of course is just one chapter of our immigrant story in the USA).

History is complicated. The British Empire could not sustain itself by magic and asking colonists to pay certain taxes and costs to enjoy their privileged status as British citizens was not as intolerable as some colonists would later contend. But a relationship that became strained in 1763 led to war in 1775 and the Declaration of Independence on July 2, 1776 (yes, the vote was on July 2nd, not July 4th).

“Believe me, dear Sir: there is not in the British empire a man who more cordially loves a union with Great Britain than I do. But, by the God that made me, I will cease to exist before I yield to a connection on such terms as the British Parliament propose; and in this, I think I speak the sentiments of America.”

Beyond representation, the U.S. colonies saw the actions of Parliament as violating the British constitution, which theoretically (because there is no written constitution) recognized fundamental rights that not even Parliament could abrogate.

And the rest is history, as they say. The war was fought. France saved the day for the colonists. America became a fledgling new nation. Another war with Britain took place in 1812. The two nations continued to feud over the Canadian border, with Canada remaining part of the Empire. During the U.S. Civil War, the Confederates courted Great Britain to support its cause, which it wisely declined. And along came World War I followed by World War II, which brought the two nations closer together than ever before. These days, we are friends.

And friends celebrate. Stop by the United Club before it closes today and you’ll find hot dogs with all the fixings as well as a bevy of desserts including brownies, cookies, pies, and even red-white-and-blue cupcakes. There’s also macaroni & cheese as well as cornbread. 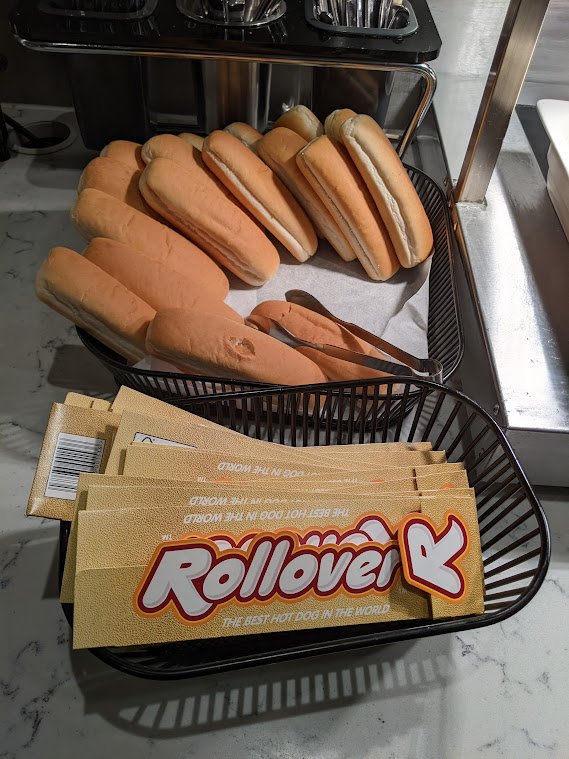 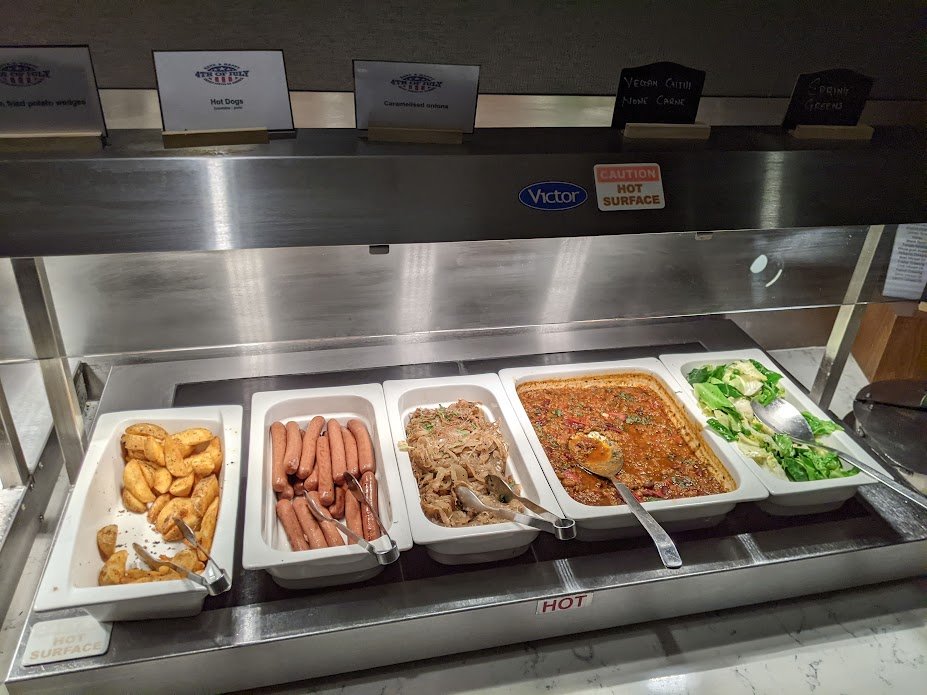 Thanks to JacobNL on Flyertalk for sharing these images.

It’s cute..and yes, still a tad ironic…that the United Club is London is celebrating the U.S. Independence Day…from the United Kingdom today. If you’re in the mood for hot dog and apple pie before your flight, do stop by.