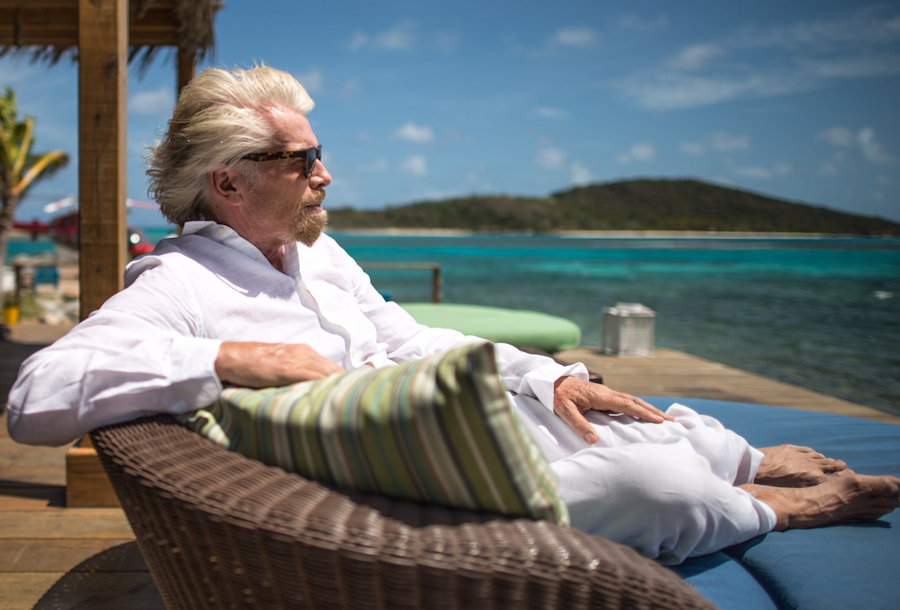 Virgin Atlantic is in big trouble. Backed against the wall with mounting debt and declining revenue, the iconoclast founder and majority owner, Sir Richard Branson, has made one final plea to the United Kingdom, warning Virgin will collapse without a government loan. But the public is skeptical about a Virgin Atlantic bailout.

Richard Branson Promises To Mortgage His Private Island To Save Virgin Atlantic. Maybe?

In a long-winded blog post yesterday that touched on a number of topics, Branson defended his choice to live in the tax-free British Virgin Islands and pledged to use his island to raise money to sustain Virgin.

“The rest of the island is run as a business, which employs 175 people. As with other Virgin assets, our team will raise as much money against the island as possible to save as many jobs as possible around the Group.”

Headlines broke that Branson would use his island, purchased when he was just 29 years old, as collateral a government loan.

Branson later confirmed via a spokesperson that Necker Island would NOT be used as collateral for any government loan. Rather, it “may” be used for security against commercial loans. May as in maybe…

“He and the team at Virgin Group will use the resources available to them which could even include raising money against Necker. He does not state that Necker Island would be used as collateral against any potential government support Virgin Atlantic may receive.”

That doesn’t promise anything.

Why So Much Skepticism Over Virign Atlantic?

EasyJet received a loan of £600 million without much controversy. Why not Virgin?

It goes back to Branson once again.

As one critic told The Guardian:

“Richard Branson’s letter failed to convince us that suing the NHS wasn’t bad for the health service, moving his money to a tax haven wasn’t to avoid tax, or that emitting millions of tonnes of pollution wasn’t bad for the environment. There are still no justified grounds to give Virgin an unconditional bailout. Public money should be used for public goods.”

The word unconditional is key, but the optics of a super rich man living in a tax haven asking a company that is 49% owned by Delta and which also sued the UK’s NHS over what many deemed a petty matter…well, not so great indeed.

Branson says his wealth is tied to his airlines, not money lying around:

“I’ve seen lots of comments about my net worth – but that is calculated on the value of Virgin businesses around the world before this crisis, not sitting as cash in a bank account ready to withdraw.”

I don’t doubt it. But I’m not sure that is going to win much sympathy.

And while Branson and proponents of the bailout certainly can make a strong argument that British Airways needs competition, the question of whether a taxpayer funded bailout is the only answer remains a tough sell.

Virgin Atlantic is in a tough position, to put it mildly. The bailout optics are bad and even if the Tory government ultimately grants one, it will lead to populist range. But unlike its American cousins, Virgin Atlantic is seeking a loan, not a government infusion of free money. That surely counts for something.