Home  >  Avelo • Meal of the Week  >  What Food & Drinks Does Avelo Airlines Serve Onboard?

Avelo, the new airline hubbed at Burbank – Hollywood Airport, began operations this week. What kind of food and drinks can you expect onboard Avelo Airlines?

Although Avelo Airlines is a so-called “ultra-low-cost” carrier in which almost everything beyond the seat is sold a la carte, every passenger receives a complimentary small snack on all flights. 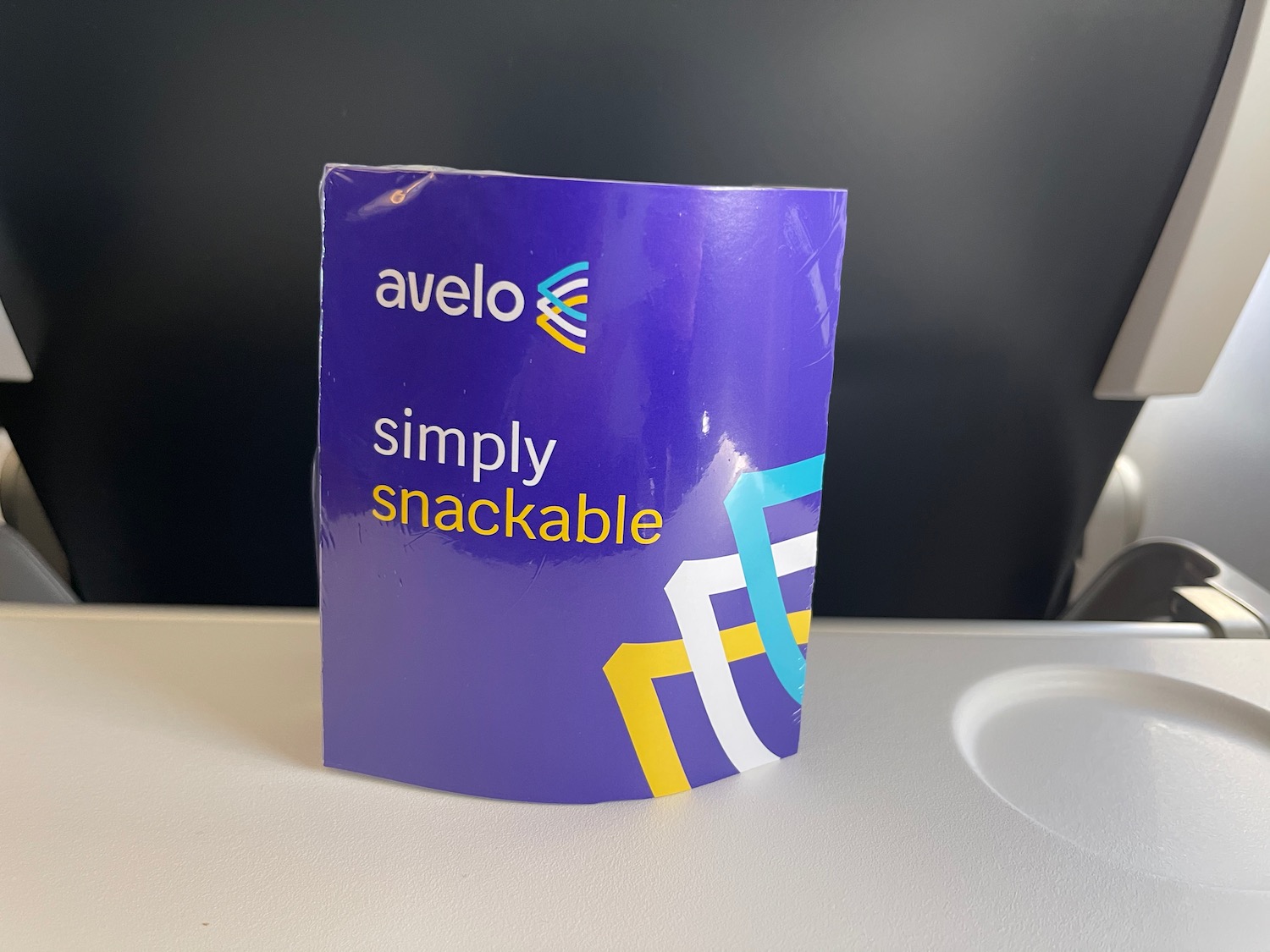 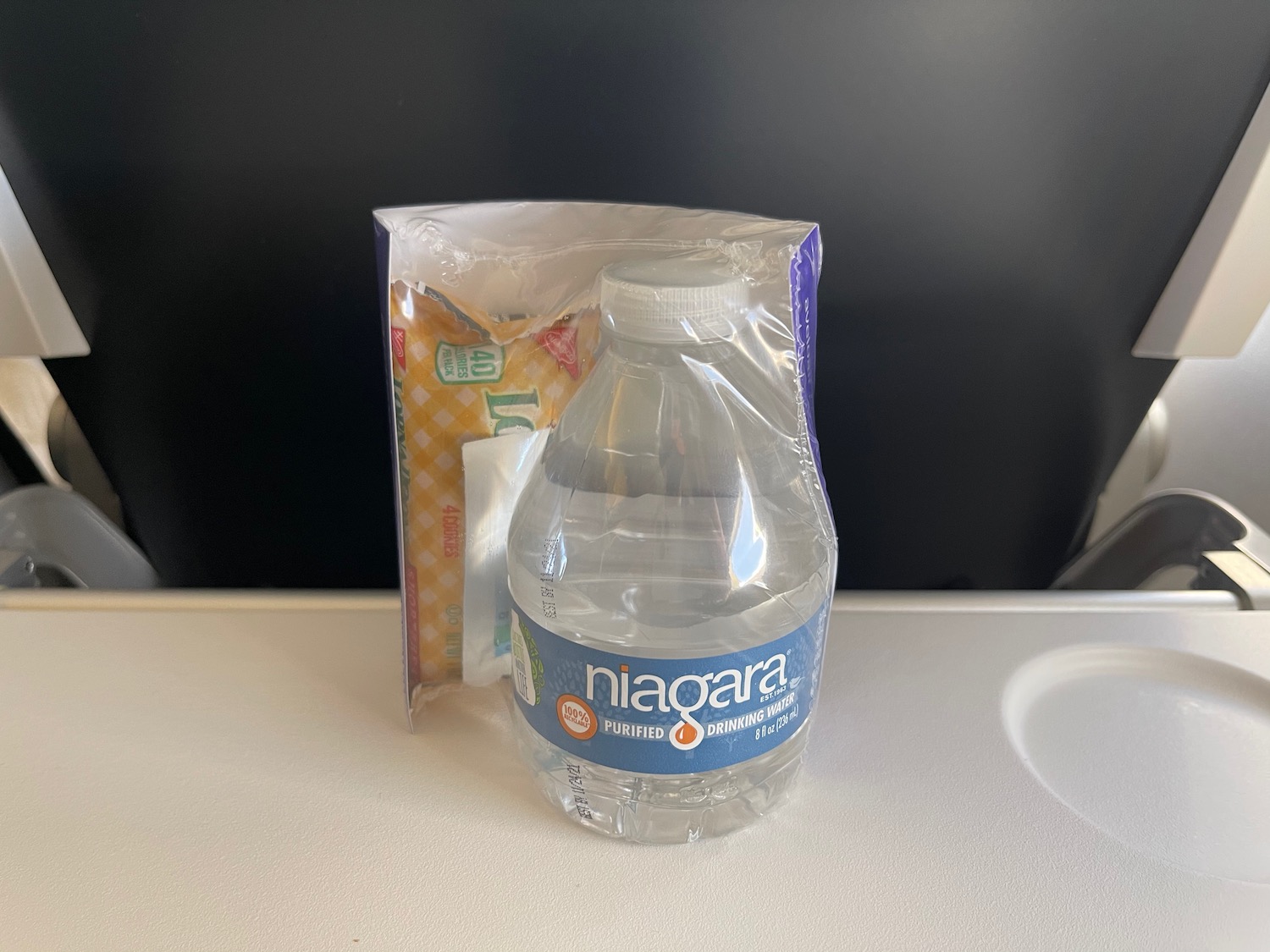 The snacks come sealed in plastic and are served by flight attendants in a basket. 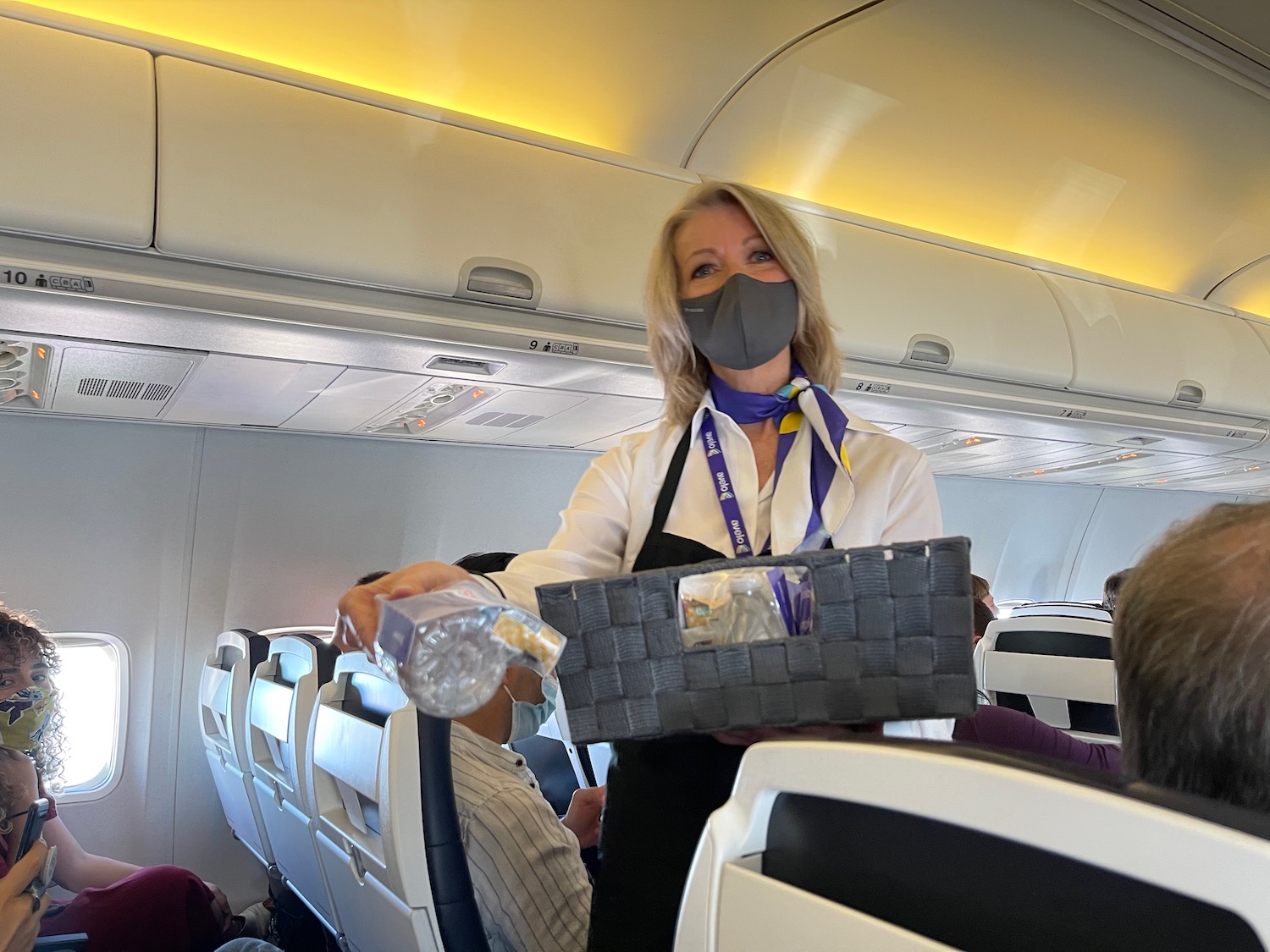 For a quick flight, this is more than enough.

Avelo told Live and Let’s Fly that at some point it intends to offer snacks and drinks for purchase onboard, as other budget carriers do. Currently, it does not have the authority to serve alcohol onboard and its short flight durations on its initial routes make offering food and beverages for sale to an entire cabin rather tricky.

Avelo does not intend to ever use beverage or snack carts, deeming them a safety concern and annoyance.

Avelo’s website makes no mention of food or drink onboard. While you are permitted to bring your own food and non-alcoholic beverages onboard, except a free mini bottle of water and package of cookies on your next Avelo Airlines flight.