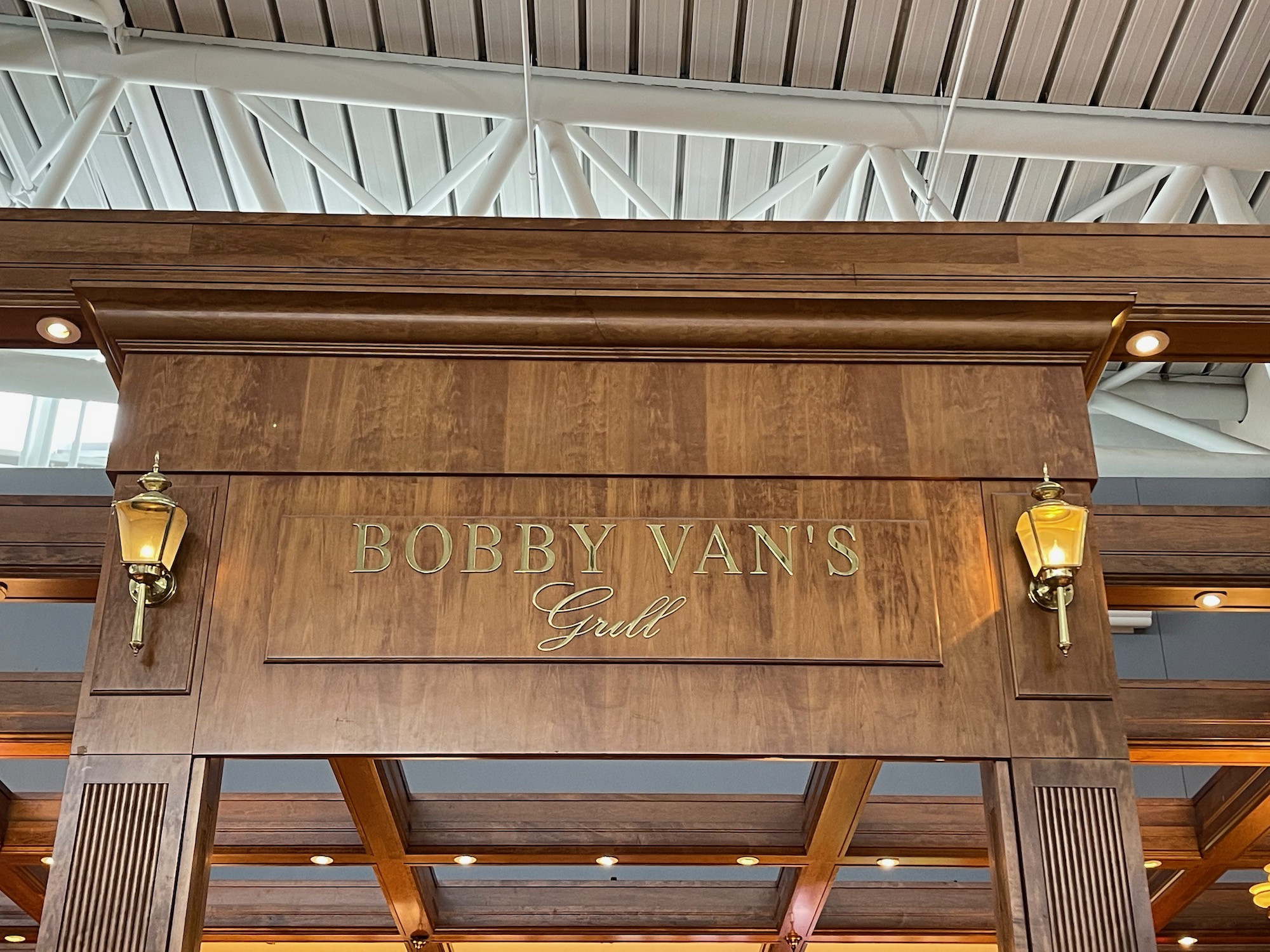 I recently enjoyed a tasty lunch at Bobby Van’s Steakhouse and Grill in Terminal 8 at JFK Airport. The Priority Pass restaurant offers a tremendous filet mignon and a nice menu of steak and chops.

I arrived at JFK early for my flight to Los Angeles, having skipped lunch. Instead of heading to Terminal 7 where my United flight would depart, I traveled to Terminal 8 and had no trouble clearing security.

Just past the checkpoint to the right is Bobby Van’s, an old-school steakhouse that is part of the Priority Pass restaurant network. 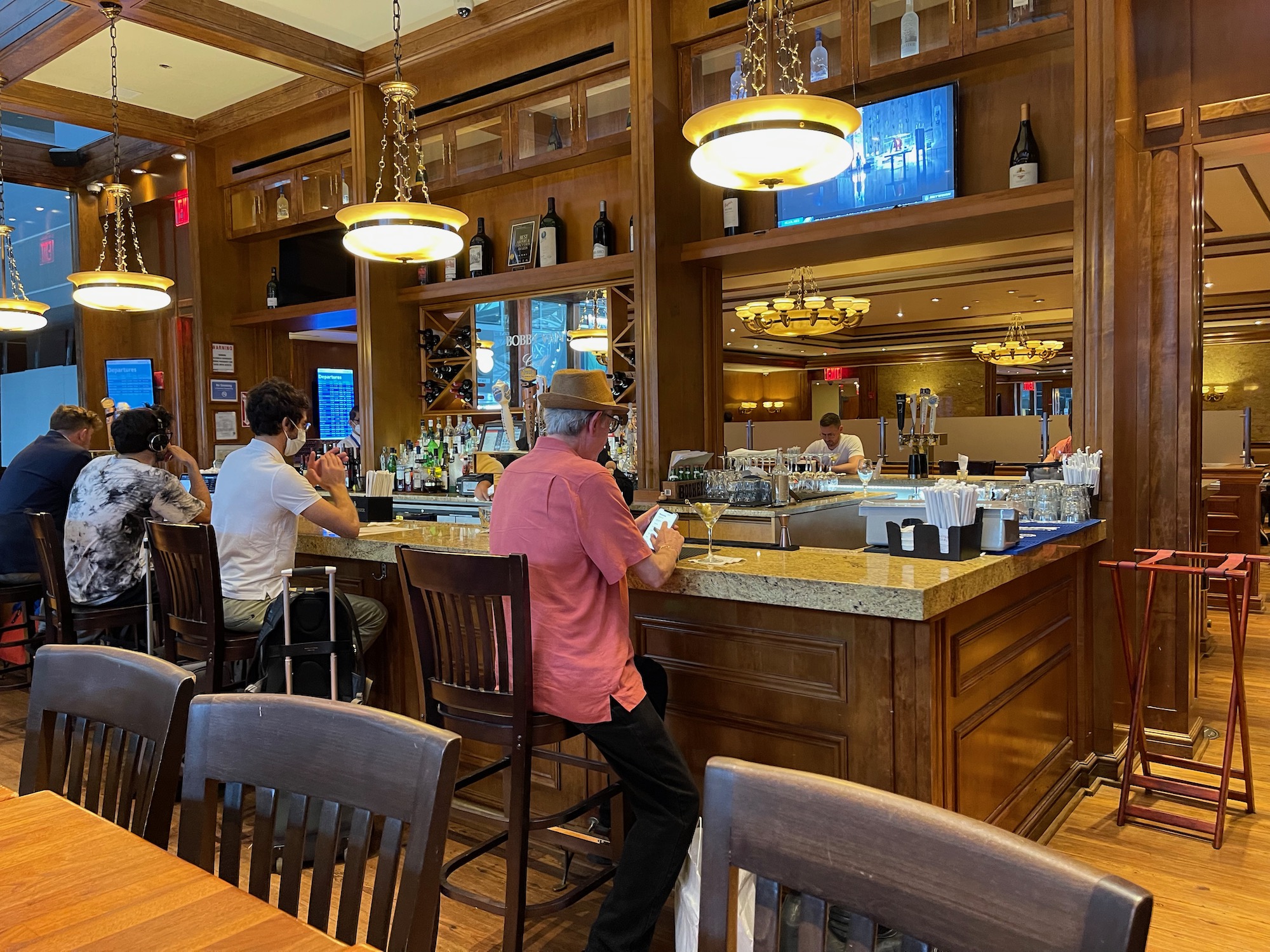 If you have a Priority Pass card issued by Chase (not American Express), your benefits include not just lounges but select airport restaurants around the world. At New York JFK, that includes Bobbys Van’s.

A word of warning – your $28 credit per-person will not get you far. Any entree plus drink will likely exceed that. Furthermore, you are limited to just one guest even though Chase theoretically allows two complimentary Priority Pass guests. 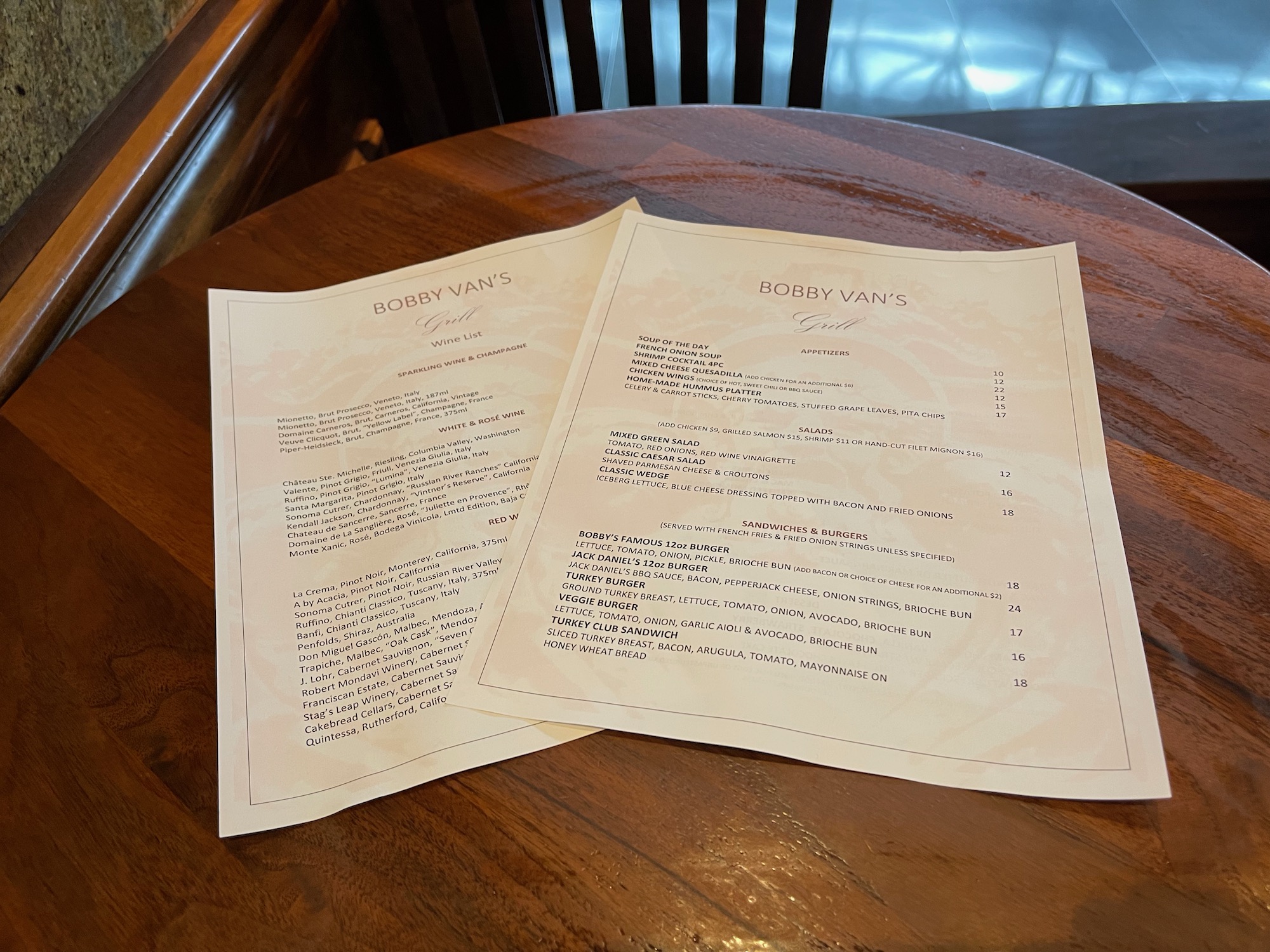 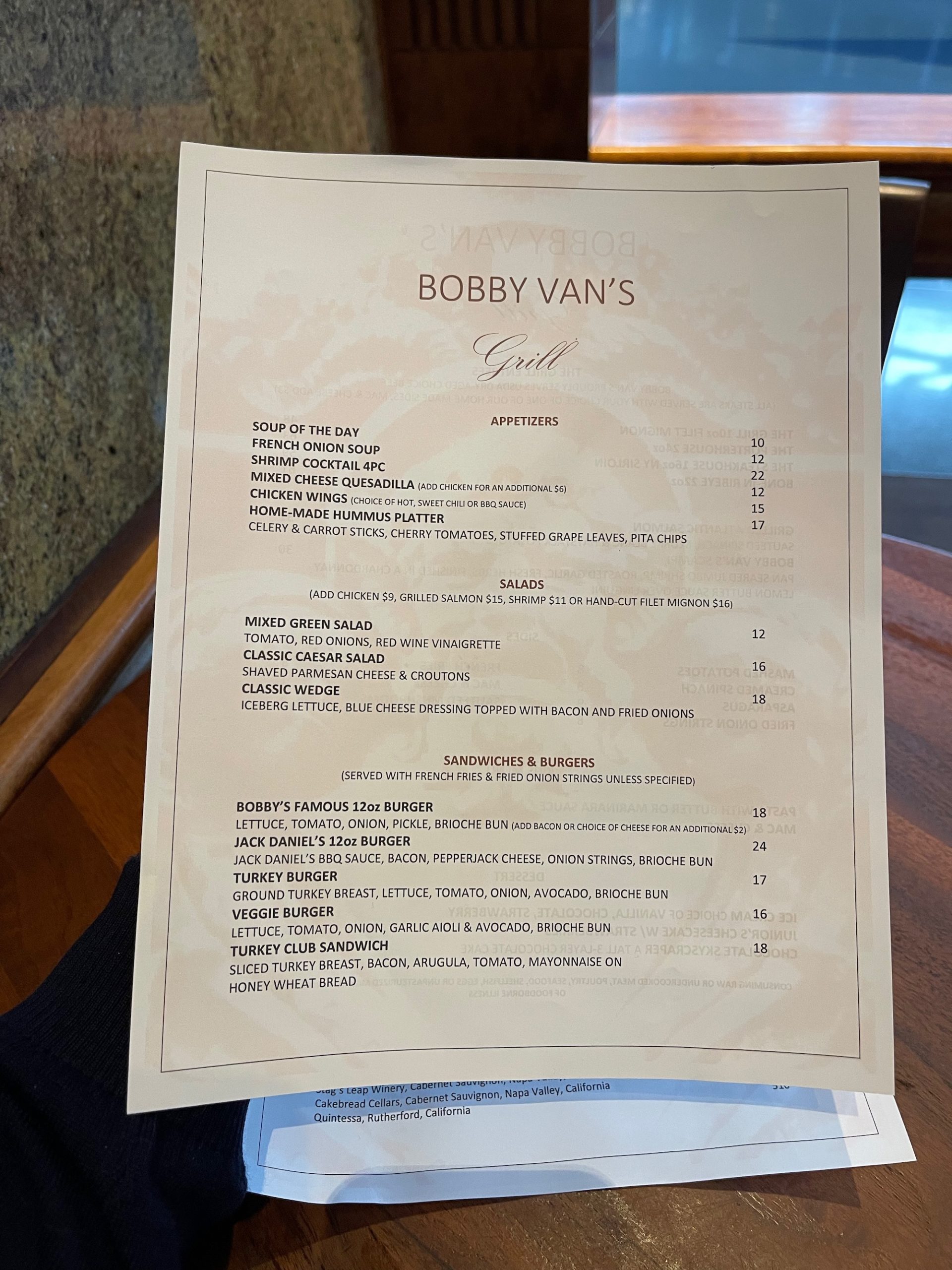 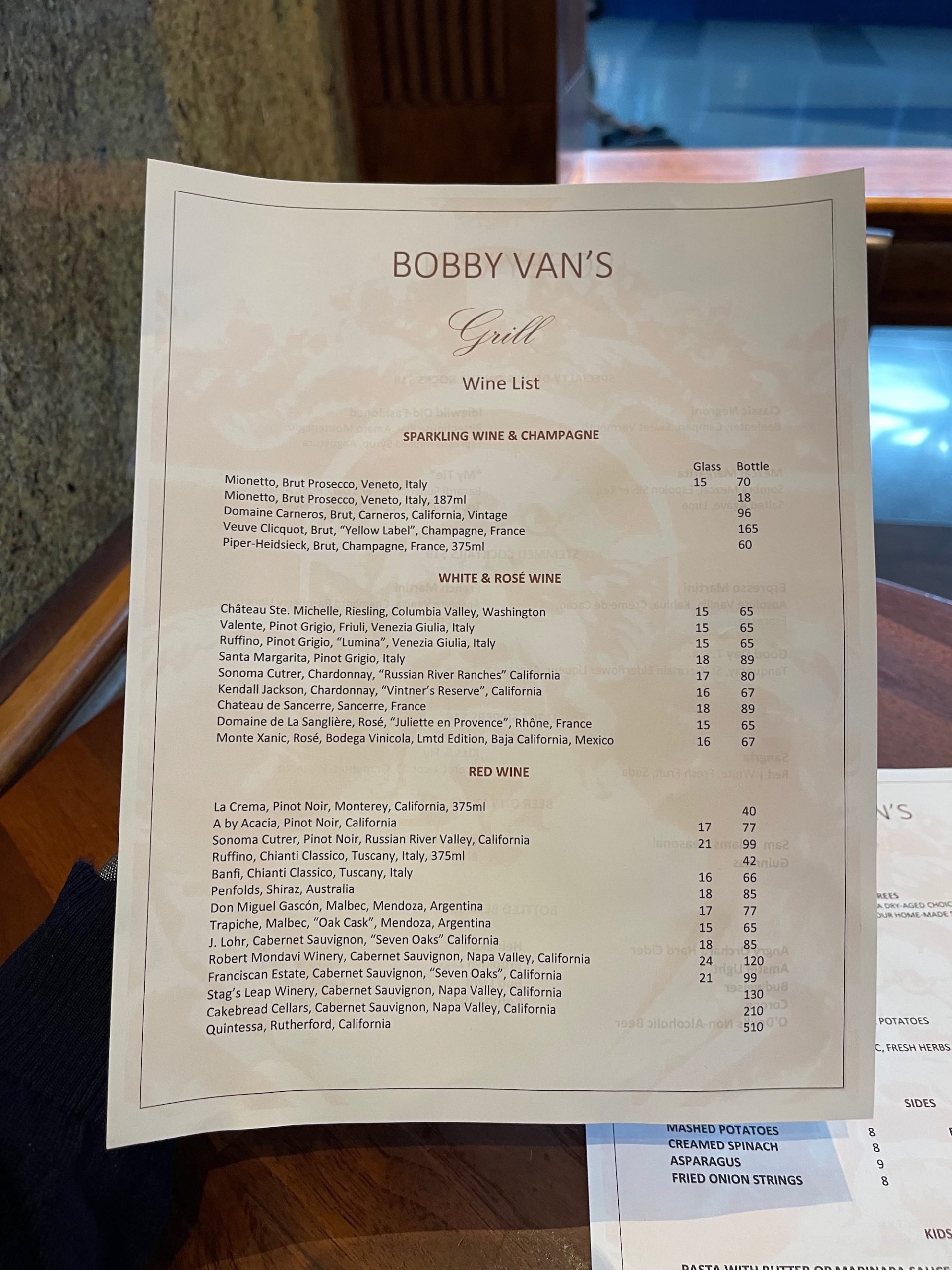 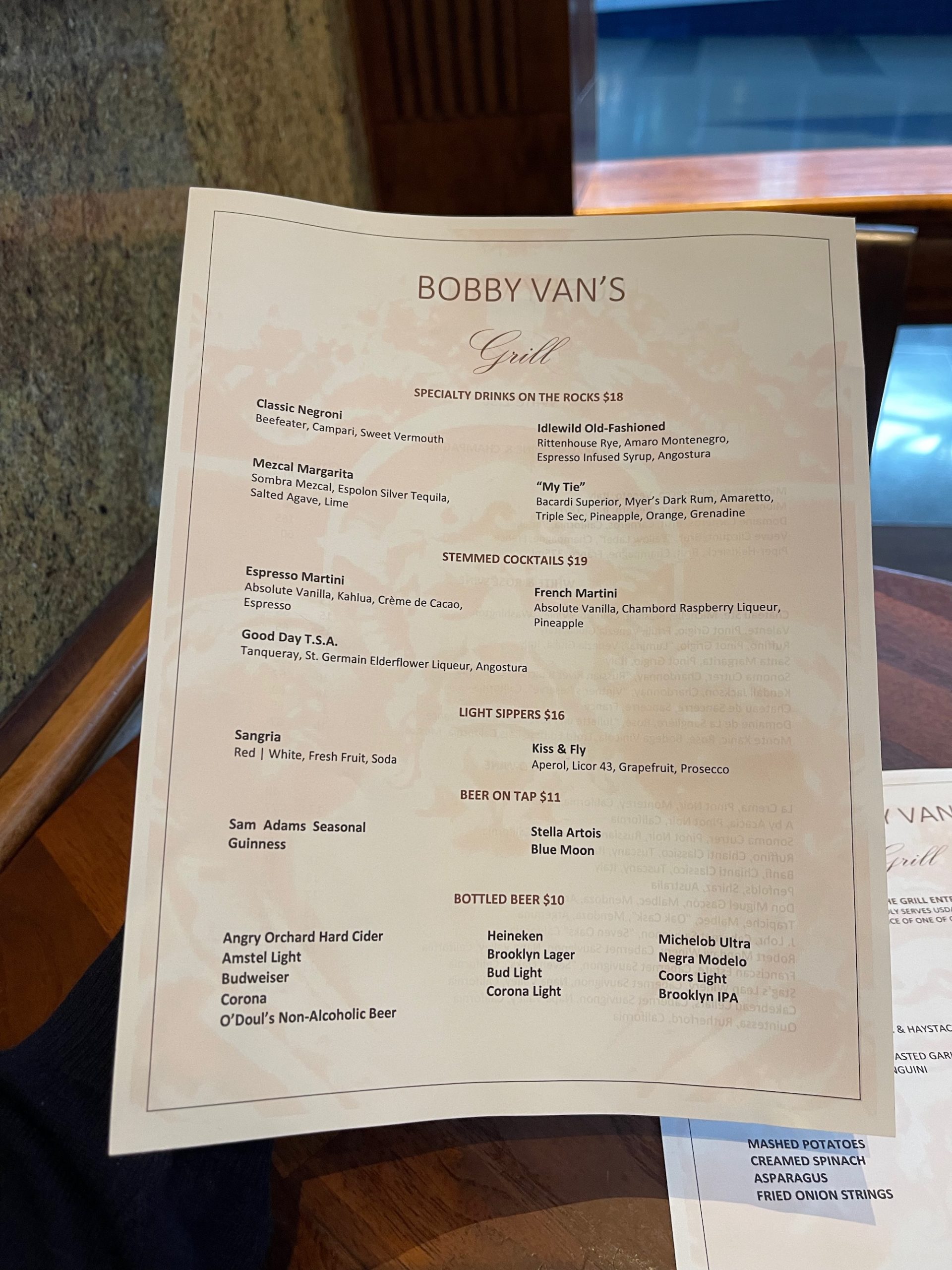 I could have ordered a hamburger and stayed under the limit (and the hamburgers do look tasty), but wanted to try a steak at a steakhouse. My 10 oz. filet, which included one side, was $48. That’s not a bad price for a nice steakhouse, so I was not offended. I chose asparagus as my side and stuck with water to drink to keep the bill down (a glass of wine would have set me back another $15-20).

When the waiter brought the food he brought a bottle of A1 steak sauce as well. I looked at him and said, “I hope this doesn’t need steak sauce or else I’m going to be quite upset.” He laughed. I laughed too…but I was serious.

Thankfully, the steak was perfect. A high-quality filet needs only salt and pepper and this really hit the spot. The asparagus was also delicious. 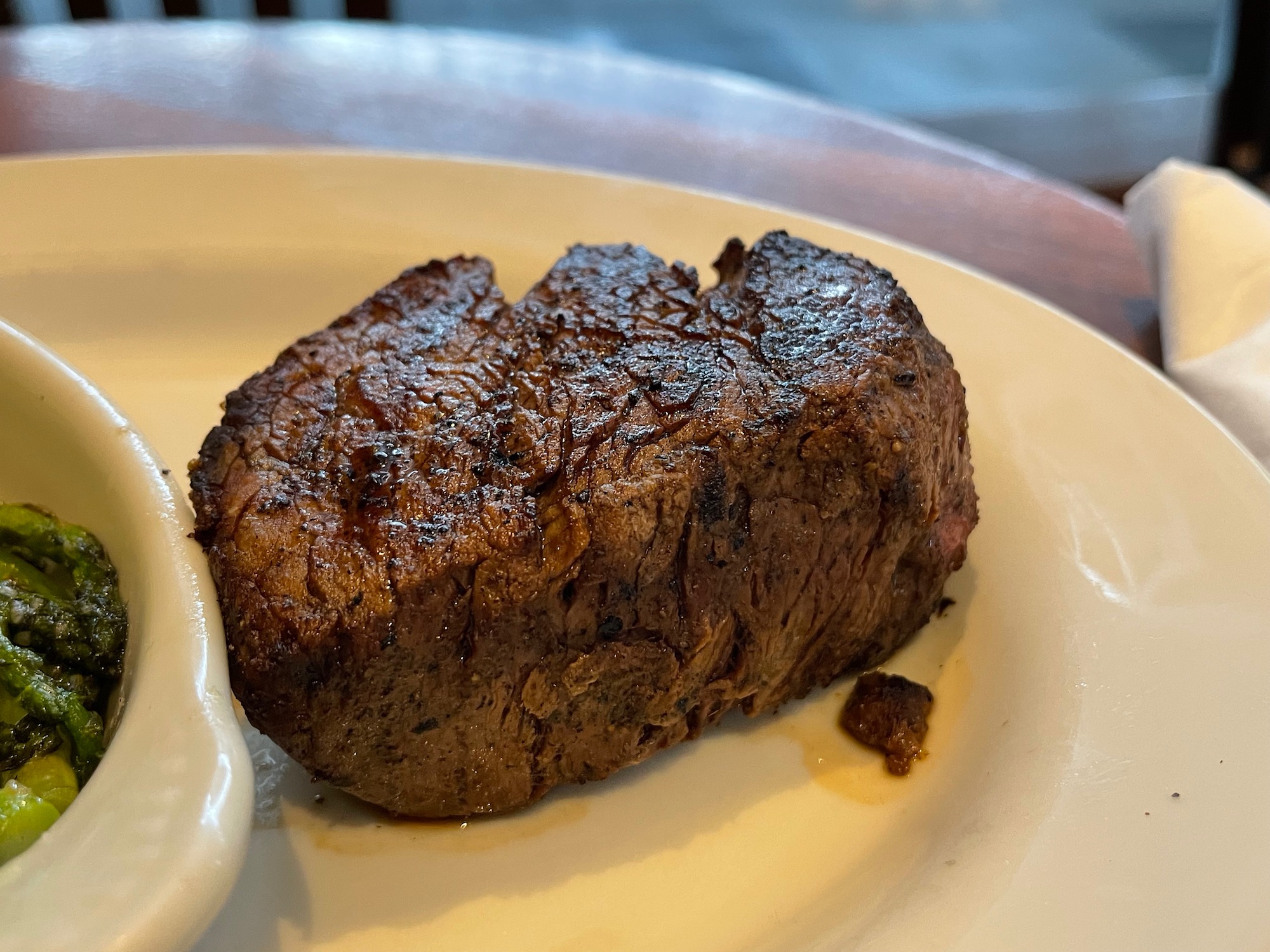 Compared to the Priority Pass lounge offerings at JFK, Bobby Van’s is the clear winner. You can enjoy a nice lunch or dinner here before your flight and I can guarantee you the food will be much better than anything served onboard virtually any airline serving JFK.