I did something I normally do not in ordering the Japanese meal on my ANA business class flight from Tokyo Haneda to Bangkok.

Over the years, I’ve been told I am greatly missing out by only ordering off the western menus when I fly on East Asian airlines. So for this trip on ANA, I resolved to try the Japanese menu, particularly on a flight departing from Tokyo.

This was the menu for my flight:

Zensai (A selection of morsels)

Reisai (A selection of chilled morsels)

The flight attendant seemed surprised, but in a very good way, that I had pre-ordered the Japanese meal. I realize ANA has a western meal on most flights, even within Asia, for a reason, but assumed most travelers would prefer a Japanese meal. But the two Americans seated around me ordered off the western menu so I certainly wasn’t alone in my prior practice.

The appetizers arrived and I had to marvel at how beautiful the presentation was. Everything was carefully arranged with attention to the smallest of details, like eating at a fancy restaurant. 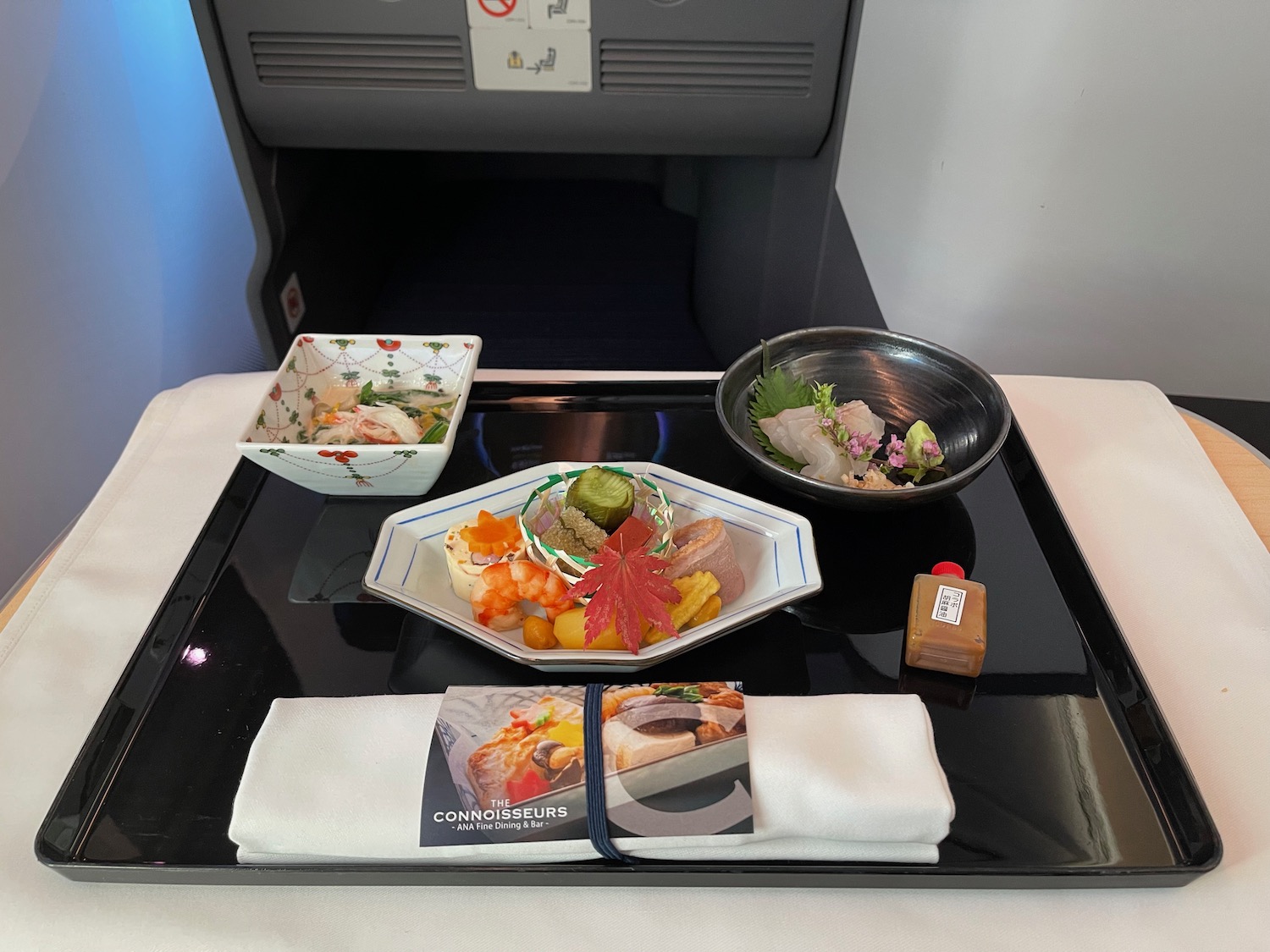 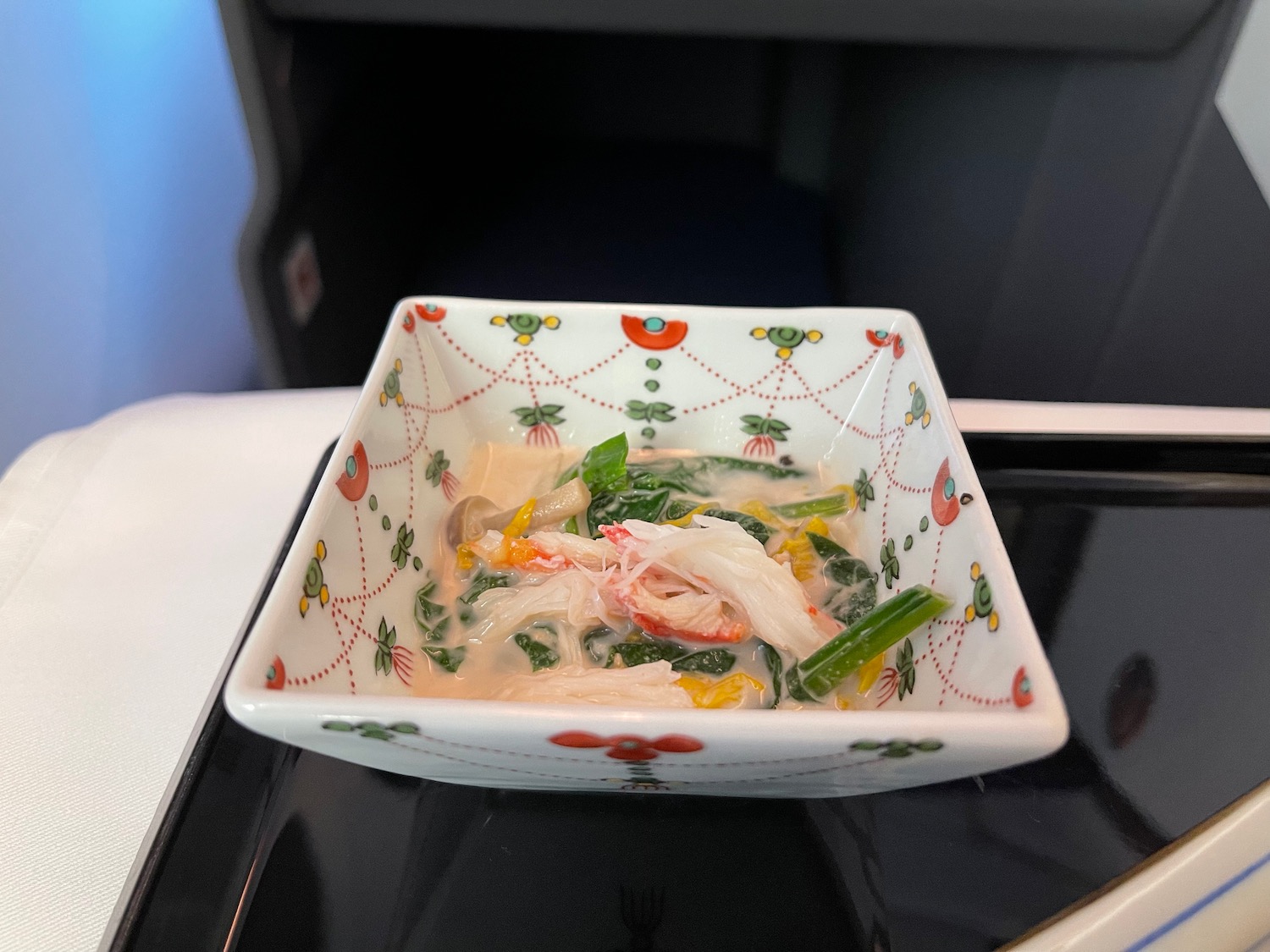 The roasted chestnut was tasty, but the highlight of the first course was the seared sea bream, which was so fresh and delicious.

Before the meal I resolved to eat everything placed before me, and I did. 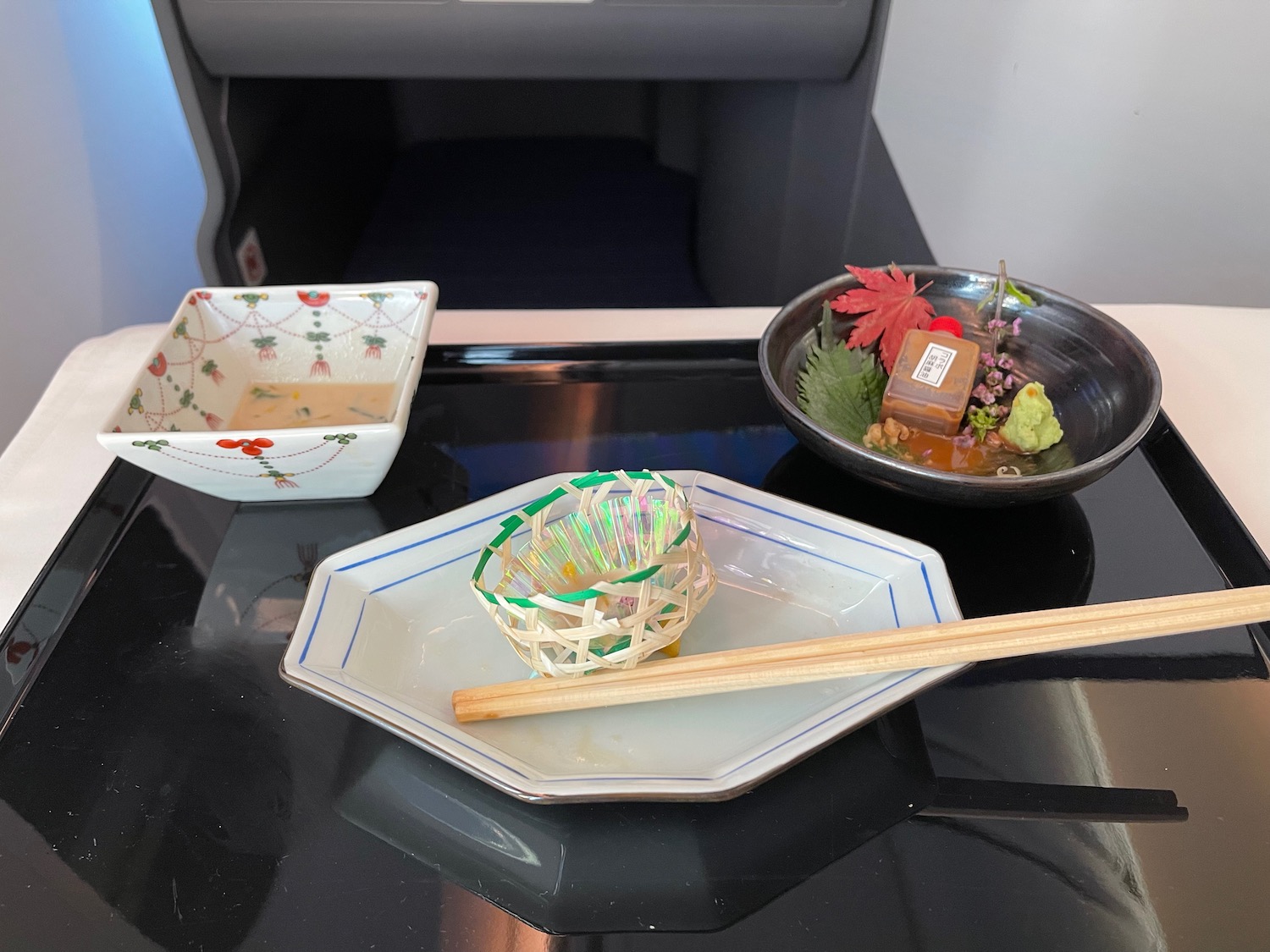 With lunch I enjoyed Japanese sake, my first time trying it. 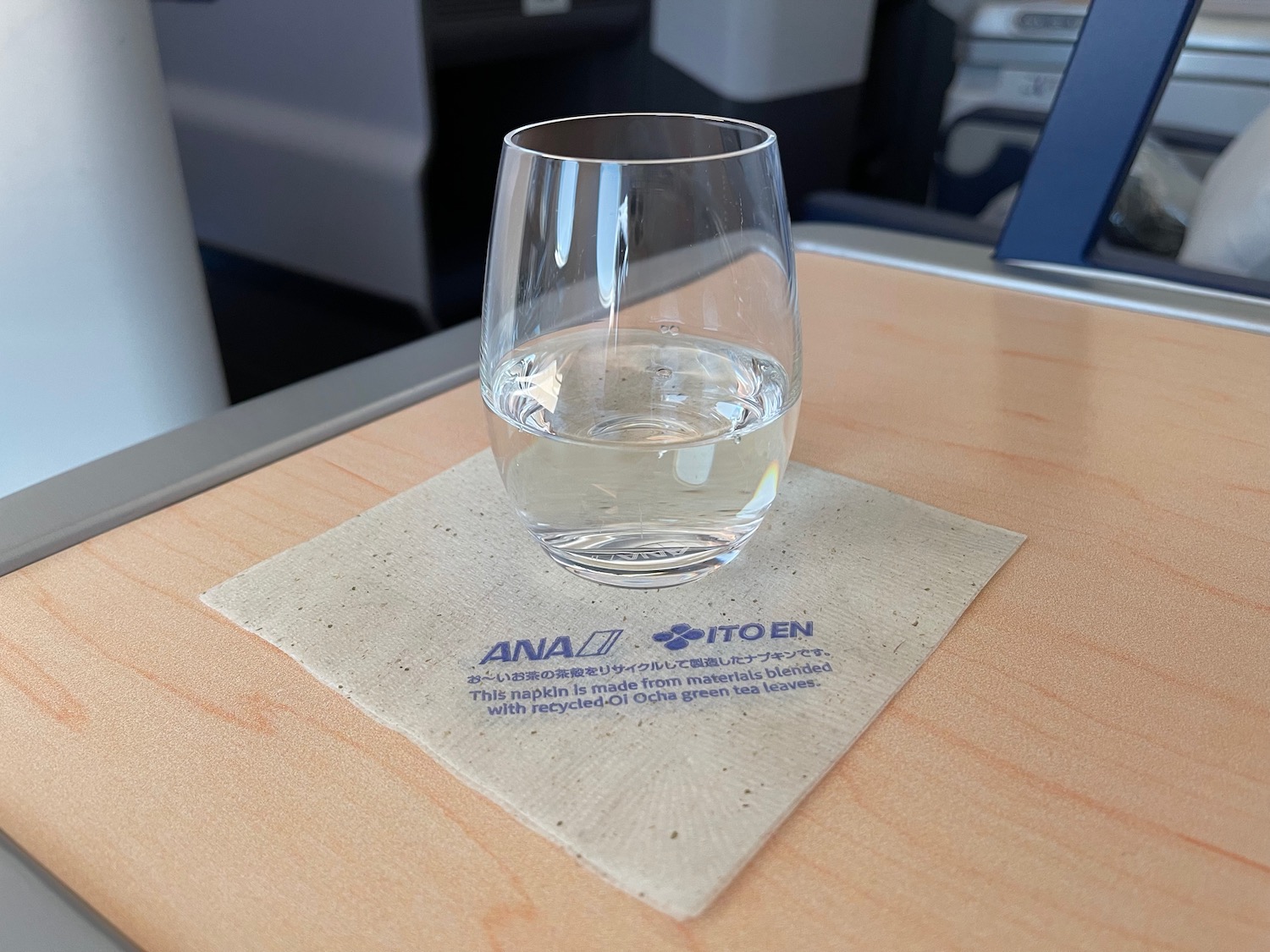 The main course included both braised beef sukiyaki and grilled tilefish. Both were tasty. I was too full to finish the miso soup. Dessert included cheese, fruit, and a lovely ice cream cake…I paired it with a glass of Japanese malt whiskey. 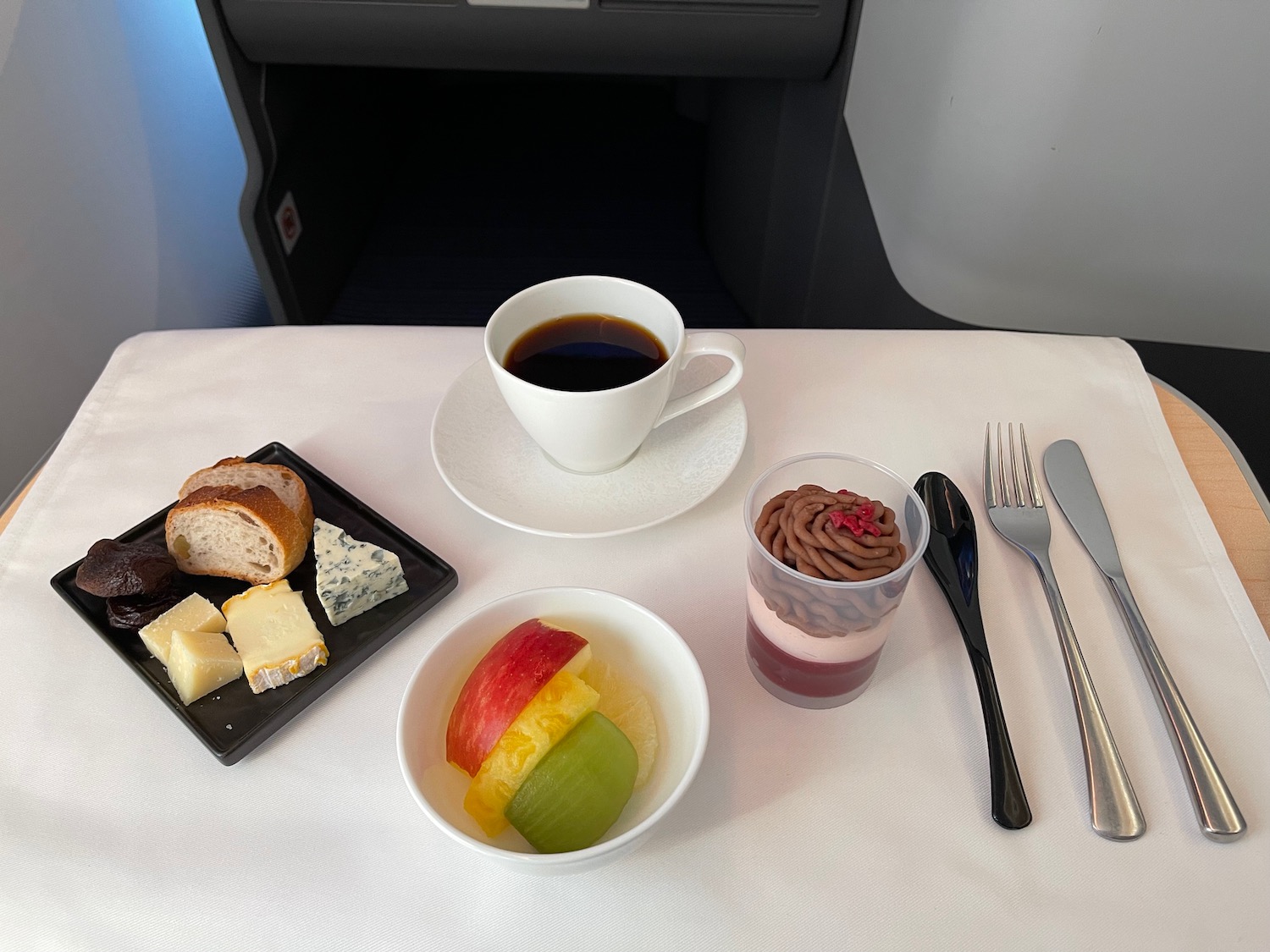 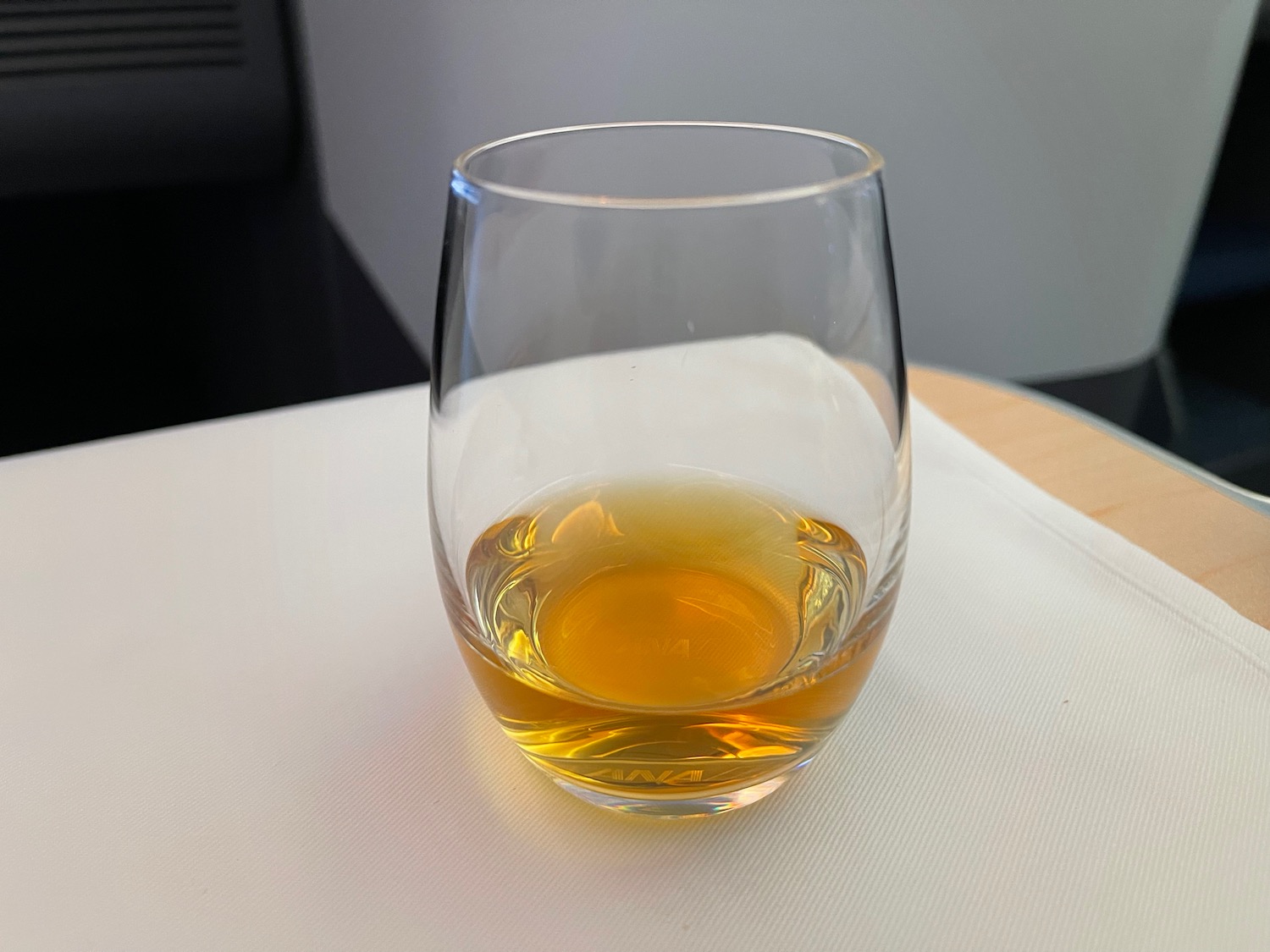 Prior to landing, a snack was offered from an a la carte menu. Sticking to the Japanese theme, I ordered “ANA original curry and steamed rice.” The portion was huge! I ate half of it…and I understand why many consider this Japanese comfort food. It was very tasty. I’m glad I tried the Japanese meal and I give ANA very high marks for both the quality of the food and the tremendous presentation.

Will I order it again? I have to be honest: I wish I had ordered the herb-encrusted halibut from Greenland off of the western menu for my main course. It’s simply something I prefer much more. But I have no regrets giving the Japanese meal a try.