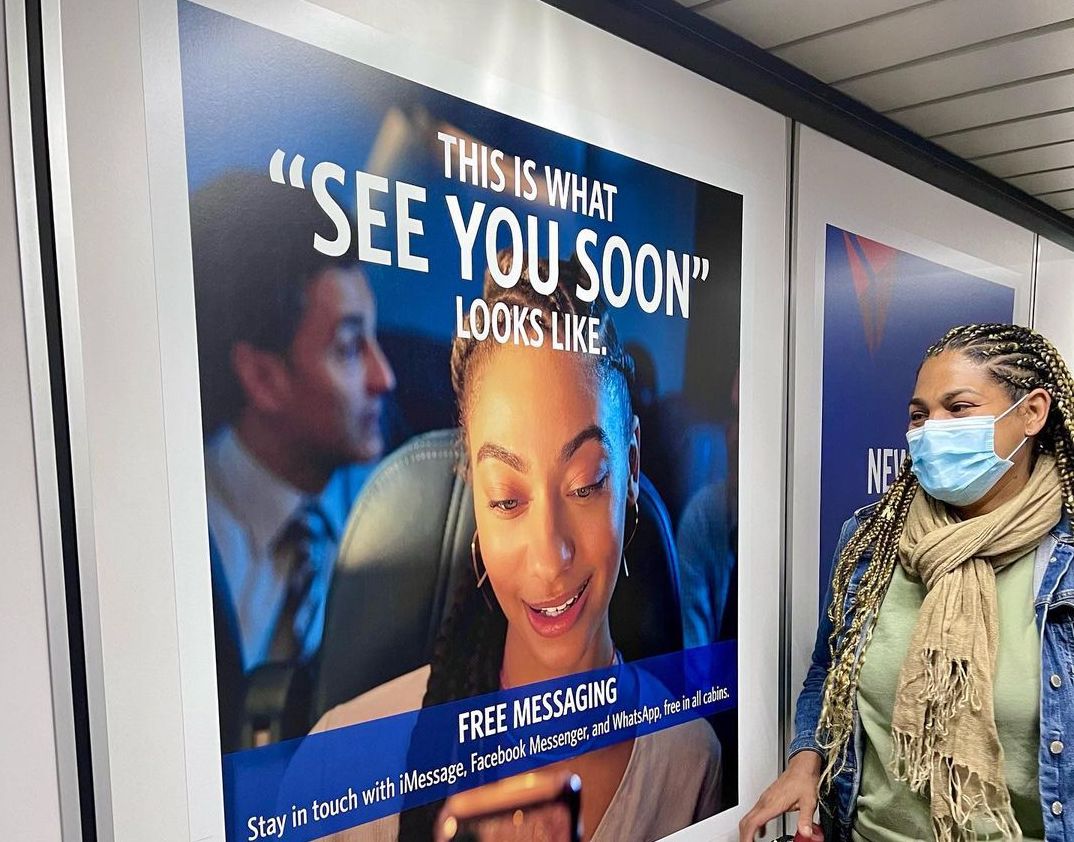 A touching story of a mother running in her a picture of her late daughter during a trip to Florida in a Delta Air Lines jet bridge.

Natalia Harris passed away in 2020 at the age of 24 of a rare form of kidney cancer called renal medullary carcinoma. Harris had been diagnosed with osteosarcoma, a bone cancer, at age 12 and valiantly fought it through several reconstructive surgeries on her leg as well as chemotherapy. But the cancer spread and in the midst of the pandemic, she lost her battle against cancer.

Despite battling cancer, Harris modeled for many companies, including Delta Air Lines.

Harris’ mother, Egli Colón Stephens, recently flew on Delta and ran into an ad featuring her late daughter while boarding her flight from New York to Florida. The ad said, “This Is What See You Soon Looks Like,” and was posted in a Delta Air Lines jet bridge.

“Just when I thought I was not going to see her ad from her @delta campaign, there she was. BOOM! Two posters on the corridor, right before boarding the plane. This “SEE YOU SOON” means more now than ever. I can’t wait to hold her in my arms and never, ever let her go.”

On her way back to New York she ran into her daughter again in the jet bridge while boarding her return flight.

She then shared of an encounter with a cherry blossom tree and cardinal that occurred on the way home:

“When my nephew picked us up from the airport and we stopped at a traffic light, I looked to my right at a cherry blossom tree in full bloom.

I was immediately reminded of how much Nati loved (s) this season. She used to say she wanted to get married around this time, under cherry blossom trees, and as I was lost in thought, mesmerized by its beauty a red cardinal landed on a branch.

It took my breath away and I started yelling as I was pointing at it for my husband and nephew to see. My nephew Kevin & I, who were sitting in the front seat saw the happy red bird. She stood there until the light changed and then flew away, as we also drove away.

If you didn’t know, these little red birds mean a lot to both of us. When we used to go to Central Park, and one of them appeared to us, Nati used to remind me of the word around town: “when a cardinal appears, an angel near.”

Now, when I go to the park, as you might have seen in my stories, and one or a few appear, I can’t help but to think an angel is near.

Ah… the veil between this realm and the next is so thin my gentle souls. Thank you Jesus for your many signs and wonders. I’m grateful.”

Losing a loved one is hard, but I cannot imagine how hard it is for a mother to lose her own child. For Stephens, one way her daughter’s legacy lives on is through a poignant message in airbridges across the country.

Have you seen the Natalia Harris Delta ad?