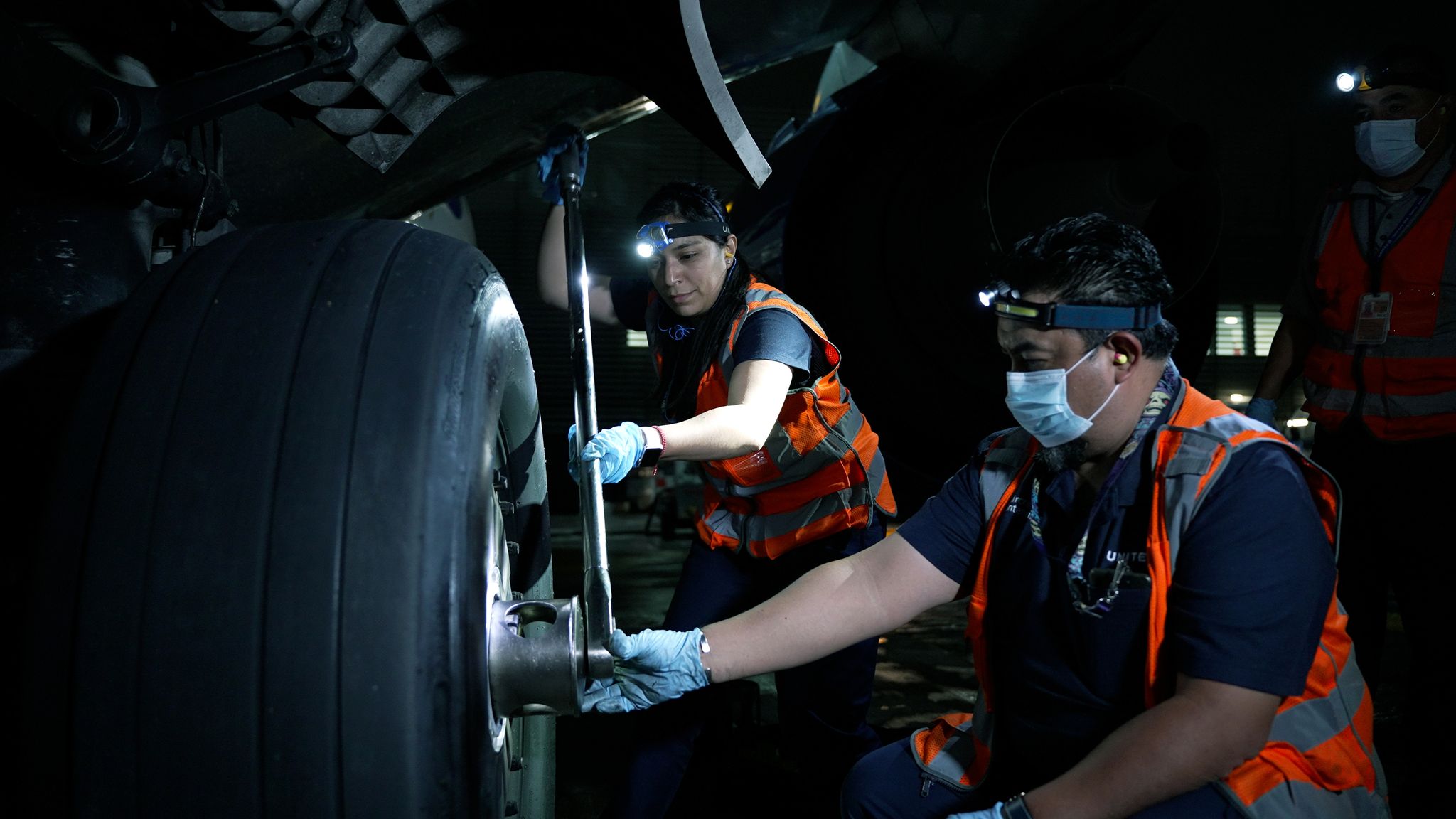 First, there was Aviate. Now, there is Calibrate. As United Airlines seeks to shore up its next generation of aircraft technicians, it is investing in a new “earn and learn” program called Calibrate to both grow and diversify its cadre of Aircraft Maintenance Technicians (AMTs).

United wisely sees two problems on the horizon. First, thousands of its highly-trained aircraft technicians are approaching retirement age (or are there already) and therefore the attrition rate will grow in the years ahead. Second, United has ordered hundreds of new aircraft which will be additive to the fleet. Those new aircraft will require more technicians to service them.

To address these issues, United is launching an in-house apprenticeship program called Calibrate that will, very simply, train future AMTs. The inaugural class starts next week in Houston and by 2026 United hopes to train over 1,000 people at more than 10 locations.

While the Aviate Academy teaches future United pilots how to fly, Calibrate will offer immediate wages and benefits to attendees since they can do effective work immediately under the direction of their supervisors. The 36-month program will entail hands-on and classroom instruction with the end goal of certification via an A&P Certificate (A stands for Airframe and P stands for Powerplant), eliminating the need to attend a technical school (where tuition can run as much as $50,000).

External applications will be accepted starting in early 2023.

This is a win-win for United and its union partners. The union loves that union workers will train future union workers and future hires will enjoy union protection from the start and the benefits it brings. United loves that this program will be a tool as part of United’s toolkit to recruit a steady stream of technicians, vital for the sustainment of its fleet and future fleet.

United will continue to recruit technicians from the military and from trade schools; Calibrate represents another channel of recruitment.

The Diversity Angle Of Calibrate

Perhaps the only controversial aspect of this program is its emphasis on diversity.

As the Supreme Court weighs whether to strike down affirmative action when it comes to college admissions, United is unabashedly placing diversity at the core of its Calibrate program.

One goal of the program is that at least half the enrollees be women or people of color.

During a call about this new initiative, United’s Executive Vice President of Human Resources and Labor Relations, Kate Gebo, shared that less than 3% of licensed technicians at United are women, something that United hopes to change through Calibrate.

This initiative falls in line with President Biden’s White House Infrastructure Pipeline Challenge, which encourages employers to create “pathways to quality jobs for women, people of color, and underserved workers.”

In fact, Gebo will appear with President Biden at the White House later today to unveil this new initiative.

United Airlines is investing in a new initiative called Calibrate that it hopes will train a new generation of AMTs for work at United. As United faces a maturing workforce and hundreds of aircraft deliveries in the years to come, it is laying the foundation now to stay ahead of the labor curve. United currently has 9,000 technicians and plans to hire 7,000 more over the next decade.