A United spokesperson shared with Live and Let’s Fly that an updated menu in the restaurant section of the lounge includes “Southern-California inspired dishes including freshly pressed juices, ricotta toast, tuna poke, fish tacos, the Polaris signature burger, and blood orange sorbet with California berries.” All food and drink is complimentary.

The reopening of the LAX Polaris Lounge marks the final Polaris Lounge to be reopened. All six locations, including the latest in Washington Dulles, are now open. You can read my pre-pandemic review of the lounge here.

The LAX Polaris Lounge, the only Polaris lounge still closed, is expected to open shortly. 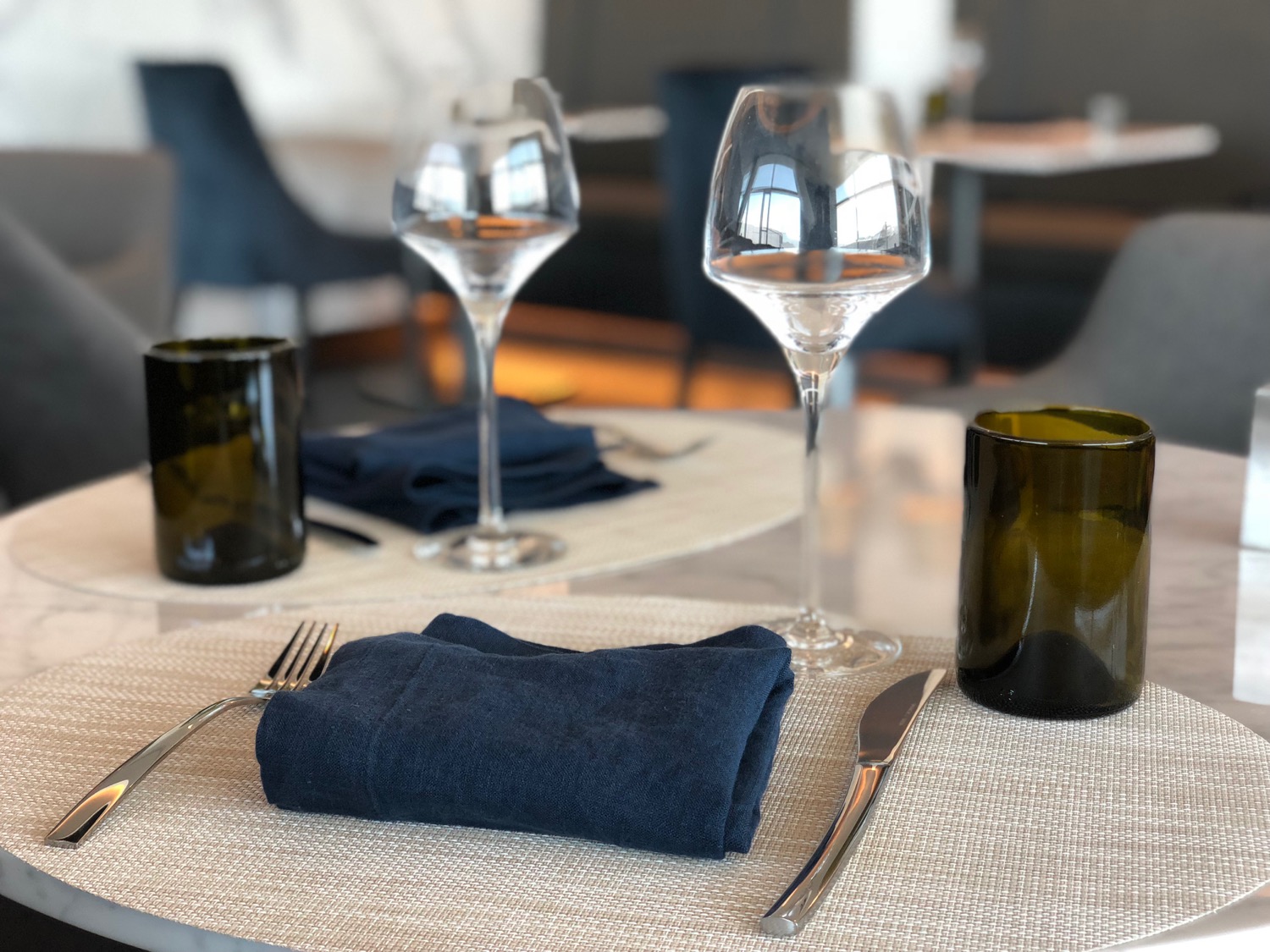 12/07/21 UPDATE: The United Airlines Polaris Lounge has reopened in Chicago O’Hare International Airport (ORD). You’ll find it in the C Concourse of Terminal 1 near gate C18. It is open daily from 7:00AM to 9:00PM.

You can read my pre-pandemic review of the lounge here.

No change in the planned openings of United’s final two shuttered Polaris Lounges in LAX and SFO. Both are expected to open in early 2022.

12/03/21 UDPATE: The United Airlines Polaris Lounge has reopened in Houston Bush Intercontinental Airport (IAH). It is open daily from 5:45AM to 9:00PM.

The lounge is located in Terminal E, near gate E12. You can read my pre-pandemic review of the lounge here.

New signs have been placed outside the Polaris Lounges in San Francisco (SFO) and Los Angeles (LAX) heralding an “early 2022” opening. Officially, United has still not released which dates the lounges will re-open. However, at an invite-only event for high-spending MileagePlus elites in Los Angeles, one attendee was told that SFO would open January 4th and LAX on January 24th.

The impact of the omicron variant on international travel could push those dates back further.

The Chicago O’Hare (ORD) Polaris Lounge is still set to open by the end of 2021. I’m still hearing that Chicago and Houston will both open next month, though United remains tight-lipped on exact opening dates.

For an idea of what to expect, check out my recent review of United’s Polaris Lounge in Washington Dulles.

The information was confirmed via a United spokesperson to Live and Let’s Fly. Precise dates were not provided, though this is the first time United has said on the record that these three lounges will re-open in 2021.

San Francisco (SFO) and Los Angeles (LAX) will not re-open immediately due to depressed demand for international travel from United’s two west coast hubs. While goals of an “early 2022” re-opening have been discussed, my own prediction is that LAX will not open until more longhaul flights, like London and Melbourne and Shanghai, return.

In any case, it is good to know that four United Polaris Lounges will soon be open.

The original article is below. While not set in stone, United Airlines plans to reopen three Polaris Lounges later this year if international demand continues its rebound.

When Will United Polaris Lounges Reopen?

While he did not name the three airports, Bondar did note that the Polaris Lounge in Washington Dulles is progressing “beautifully” and will soon be complete.

Alexander Dorrow, United’s Managing Director of Lounges, has said in the past:

“It is stunning, not only aligned with the vision of Polaris, but also really localized for the Washington, DC market.”

My guess would be Newark (EWR) and Washington (IAD) for sure with the third being either Chicago (ORD) or Houston (IAH) or San Francisco (SFO). Both Chicago and Houston now have four United Clubs open, but, the Polaris Lounge would help with crowding as international travel returns. With travel bans to Asia and Australia still in effect, United’s west coast hubs, Los Angeles (LAX) and San Francisco (SFO), continue to see depressed international traffic. Still, SFO has seen a lot more traffic than LAX and may resume more flights to Asia by the end of the year.

United has also not specified what specific metrics must be met or exceeded before these lounges will open:

In the meantime, United will continue to re-open United Clubs at its line stations, with these lounges set to open this month or already now open again: