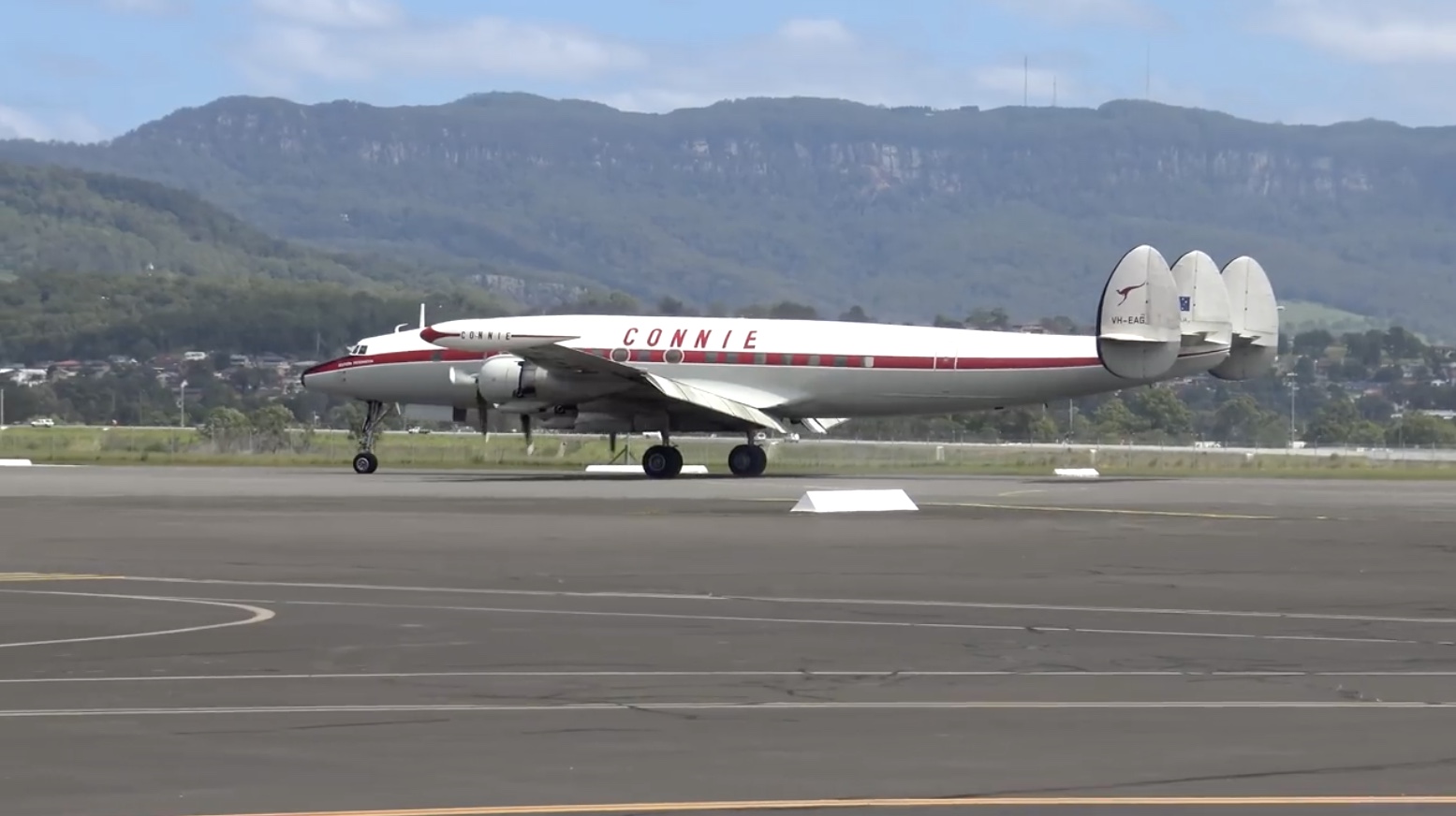 I’m too young to have had the pleasure of flying the Lockheed Super Constellation, but I was elated to see that one is still airworthy and was recently fired up.

By 2019, there were only two “Connies” that were still airworthy, one owned by Breitling and based in Switzerland and another with the Historical Aircraft Restoration Society (HARS) in Australia. But in 2019 Breitling retired and dismantled its Super Constellation, leaving only a single operator left.

If you’re any sort of aviation enthusiast, does this video not just make you light up? I found myself smiling ear-to-ear watching this video and seeing the majestic bird fire up her engines.

This particular Super Constellation has a fascinating history. It was originally a military aircraft and discarded for scrap metal at Davis Monthan Air Base in Tucson, Arizona in 1977.  But in 1990 a group of Australian visitors noticed it, obtained permission to acquire it, then spent tw0 years rebuilding it to make it airworthy once again.

In 1994 it took off once again and in 1996 it made the journey to Australia, stopping in Oakland, Honolulu, Pago Pago (American Samoa), and Nadi (Fiji).

Qantas helped the restoration project by sending teams to Arizona for its restoration. Over the two-year period:

The aircraft now has a semi-Qantas livery that says “Connie” on the fuselage.

And if you’re ever in Australia, this museum also has a:

This is a beautiful aircraft! If sightseeing flights were ever available on this Super Constellation, I’d fly all the way from LA just for a 10 minute flight.

Have you flown on the Connie? How far would you go to fly it again or for the first time?