After flying American Airlines from London to New York on the 777-300ER in business class, we connected from New York to Los Angeles on the 777-200. Again, we had a very positive experience.

The business class seats on the Boeing 777-200 and 777-300 are both reverse herringbone style, but the 777-200 features Rockwell Collins Super Diamond while the 777-300 Safran Cirrus. Practically, the recessed tray table inhibits knee room and the IFE monitor doesn’t swivel, unlike the Safran Cirrus seats. Still, though, it is a great seat and very comfortable for a transcontinental flight. 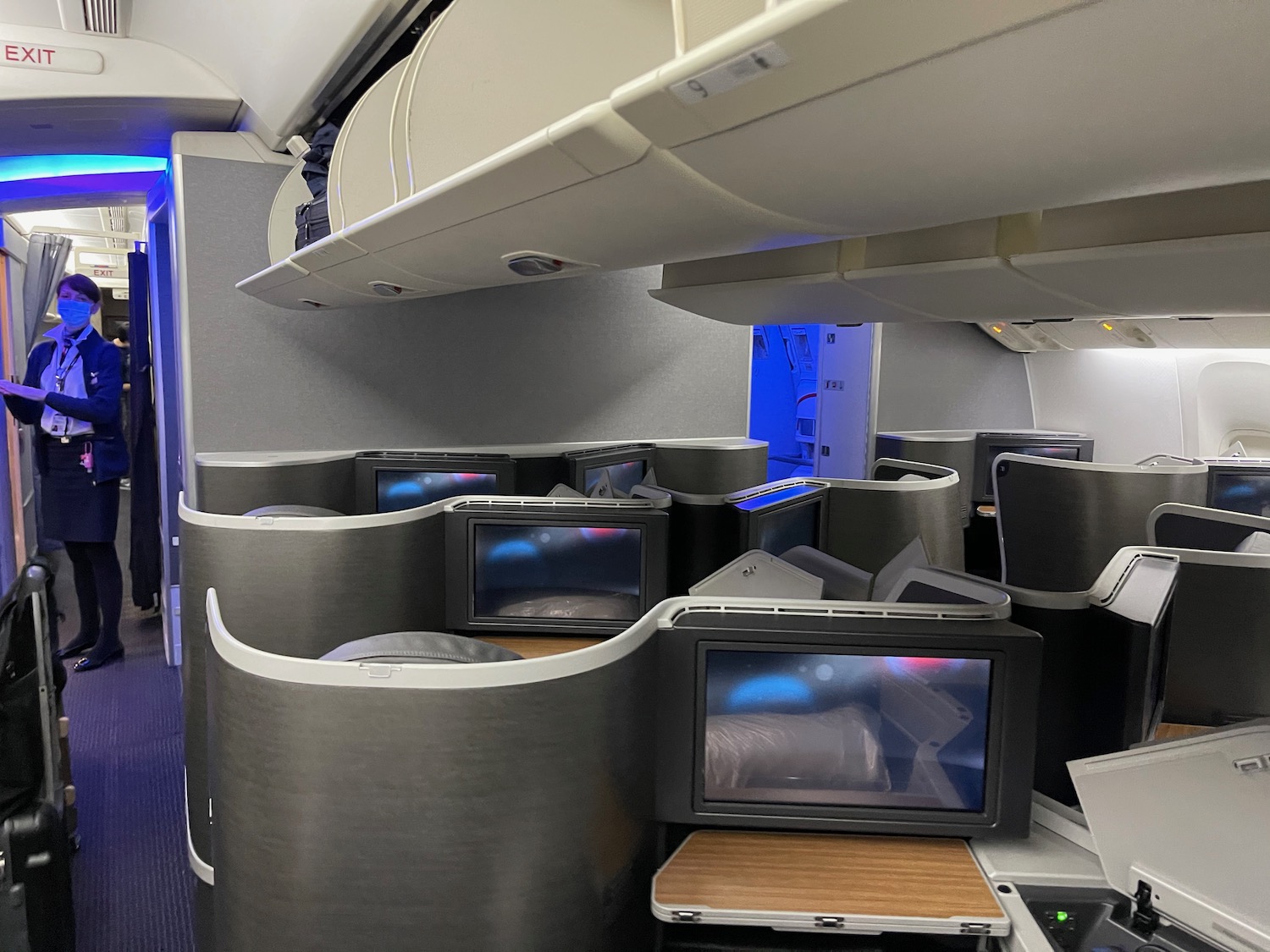 It was nice to have menus again and the burrata cheese appetizer was tasty. Even the bag of pistachios to start was better than a ramekin of almonds and cashews. I ordered salmon and it was delicious. Yes, delicious. Augustine had the Asian chicken, and I helped him finish it. Also delicious. Being late in the day, my work was done and I was tired, so I used the flight to sleep. The Casper bedding is great and I managed nearly four hours of sleep after dinner. Although I did not watch any movies on this flight, the in-flight-entertainment library was comprehensive and I love the Bang & Olufsen headphones. There was an upgrade snafu in London with the infant ticket, so my ticket was in economy class…until the very last moment when my complimentary upgrade came through. It was nice to enjoy business class from New York to LA with a lie-flat bed and not have to use a eVIP (systemwide upgrade). Unlike on United Airlines, complimentary upgrades for AAdvantage elite members are available on these routes.

Overall, American Airlines really impressed me on my flights home from London. I do look forward to more AA flights in 2021.

Stay tuned for a full review from this flight with a lot more pictures and commentary. There was another family with young children onboard..and a mask incident.