Cantina is the Spanish word for bar. It also happens to be the name of a Mexican restaurant in Denver International Airport. My bottom line: friendly service, but avoid the tacos.

I was hungry and the pre-packaged snack selections in the United Club simply were not enough to satisfy my hunger. My visit was last month just after the American Express Centurion Lounge opened up. Why didn’t I go there? The lounge closes at 3:00PM.

Cantina Grill has two locations at Denver Airport, one in the Jeppesen Terminal prior to security and the other on the mezzanine level of the B Gates (United terminal). I tried the latter location at abound 5:30pm. It had been a long time since I dined indoors (still not allowed in California) and I quite enjoyed sitting down inside to eat. The restaurant also has a to-go area. Since I was alone, I sat at the bar. You can review the full menu here. I ordered three “street” tacos for $12.50, opting to try one pork, one chicken, and one beef.

The waitress was very friendly and attentive. She came over to take my order moments after sitting down and checked on me often, even though I just ordered water to drink.

It took only five minutes for the tacos to arrive…oh how anemic they looked. They were on corn tortillas, which was fine, but only one was used…proper street tacos use two tortillas precisely for what happened next: they break when you pick them up if you use just one. 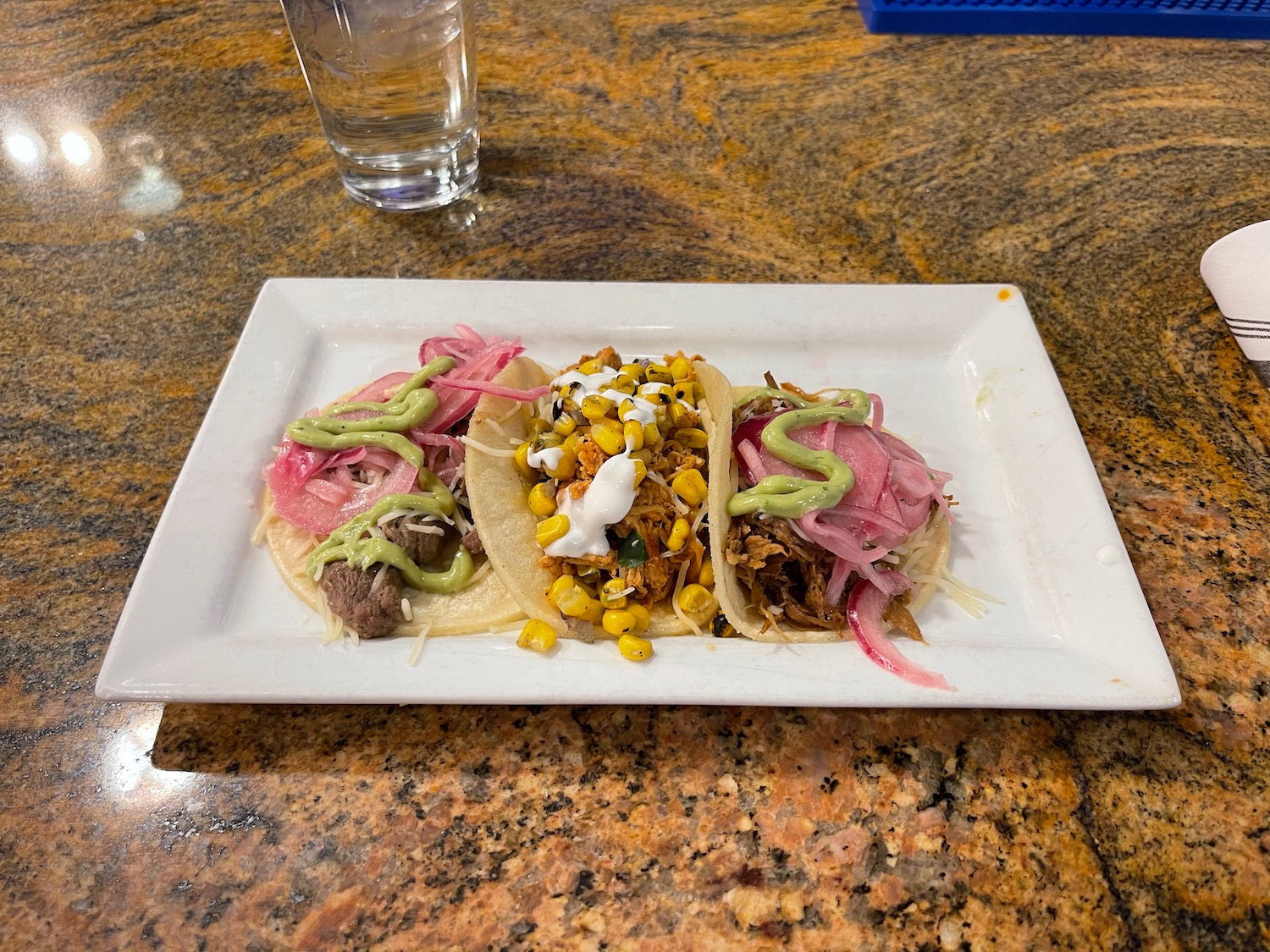 I ended up eating them with my fork and knife, which was not such a bad thing. What was bad was the beef and chicken lacked flavor…I did not taste spices of any kind. The pork taco was the best one, but still a far cry from what you can expect from an authentic taqueria.

And these were tiny. I was left still very hungry and wishing that I had gone downstairs for some falafel instead at the Mediterranean restaurant in the food court.

Cantina Grill is probably best used as an actual cantina and not as a restaurant. Service was friendly, but the tacos are not recommended.