Oh EgyptAir. Such potential, but such a failure to deliver. My journey from Washington to Cairo featured a new aircraft with an objectively nice business class seat. But the soft product left me speechless.

First, the good. EgyptAir deserves credit for its new business class seat, a reverse herringbone configuration that is both attractive and comfortable. The new seat marks a big step up from the Boeing 777 and Airbus A330 business class seat. I wasn’t able to sleep (blame my nap before the flight and the noon ET departure) but the seat was comfortable. 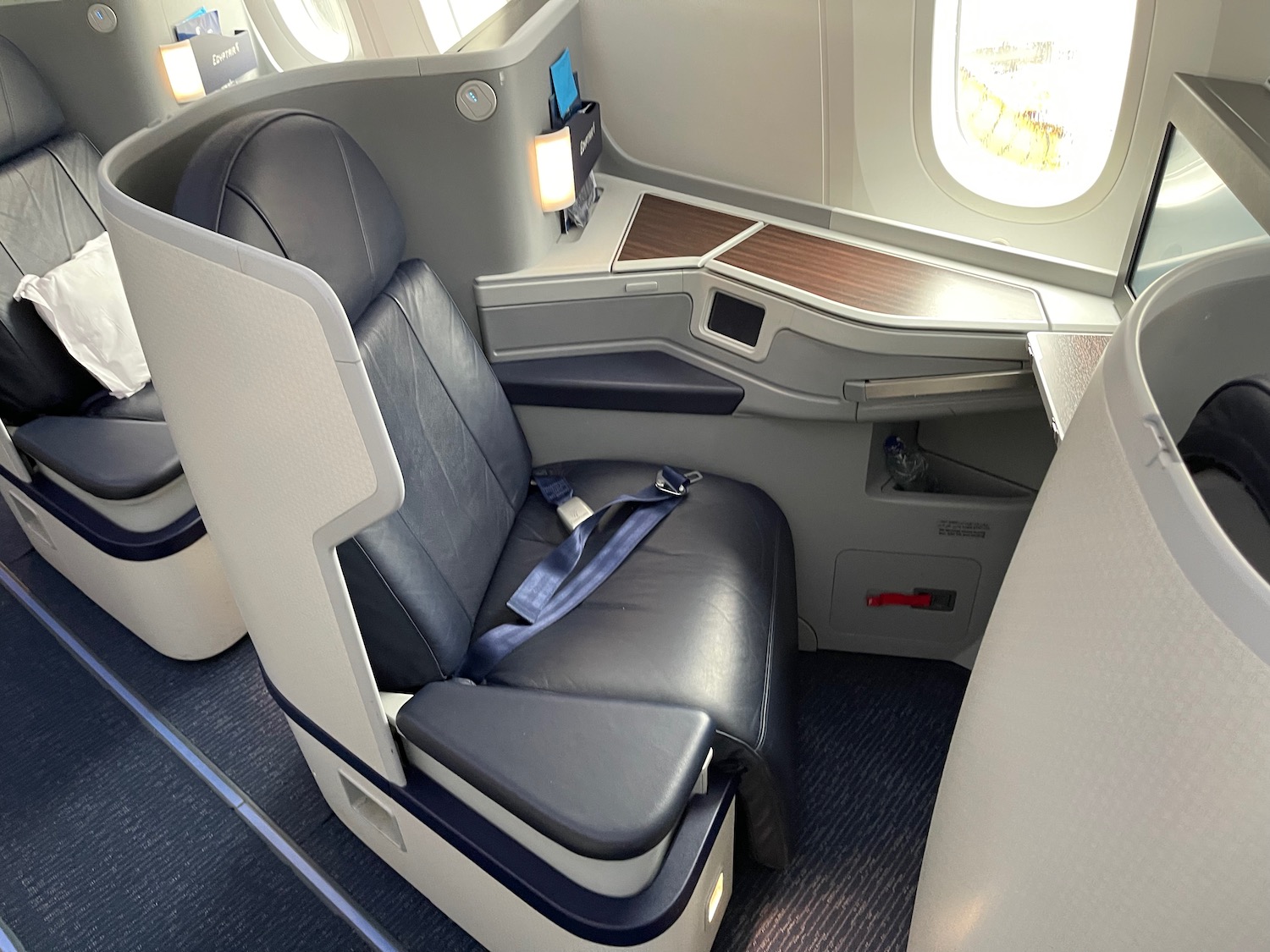 Second, the flight attendants working the business class cabin were very nice. They were all older ladies and were warm and attentive…but they were given very little to work with.

EgyptAir is engaging in hygiene theatre (cost-cutting masquerading as a concern for public health) in a big way. Porcelain dishes, glasses, and silverware are gone. Meals are served in plastic or foil disposable containers. Cups and utensils are plastic. Menus are gone. Fresh juices are gone. Espresso is gone. Of course EgyptAir has always been a dry airline.

One thing the flight attendants could have done better is describe the entrees. A flight attendant came around before the flight simply asking, “Beef, chicken, or fish.” No further description (and I don’t think they were provided one, but they could have actually looked at the meals before turning the ovens on to warm them).

But it goes beyond that. The food tasted horrible too. I ordered fish for my main course and found it to be disgusting…and I’m usually good with most fish set before me. I could not even figure out what type of fish it was, but the fishy smell was overwhelming. The fettuccini pasta underneath it had only a few drops of sauce. Breakfast was even worse. I was hoping for a hot egg dish, but nope. A tray of ice cold sandwiches and bread was plopped down before me with sugary yogurt, a bottle of orange juice, and a few chunks of fruit. This is business class? The croissant was both nearly-frozen and stale (I took one bite and spit it out).

Then there was IFE and wi-fi. The selection of movies was extremely limited and wi-fi cost $23 per 100MB. Are you serious? Checking my email would wipe more than that…so I passed.

I think what gets me is that EgyptAir has so much potential. I praised EgyptAir highly last time I flew the carrier (from London to Cairo). The food used to be good. So was the presentation. It’s abjectly horrible right now. Wi-fi could be reasonably priced. Additional movie selections could be added. Service is so limited that unless you truly just want a lie-flat bed to sleep in, I cannot recommend EgyptAir. It’s not a business class product.