While my business class flight on EgyptAir was a big disappointment, my economy class flight left me with a better impression of EgyptAir…though it took until the final hour of the flight.

EgyptAir Economy Class: A Late Meal Is Better Than No Meal At All

I was on another Boeing 787-9 from Cairo to London, though this time flying in economy class. EgyptAir uses a fairly standard 3-3-3 configuration in economy class, but taunts tall passengers with tight legroom (31 inches) and an annoying footrest that flips down and severely restricts leg room whether raised or lowered. I find these footrests absolutely worthless and cannot understand why any carrier would add them. 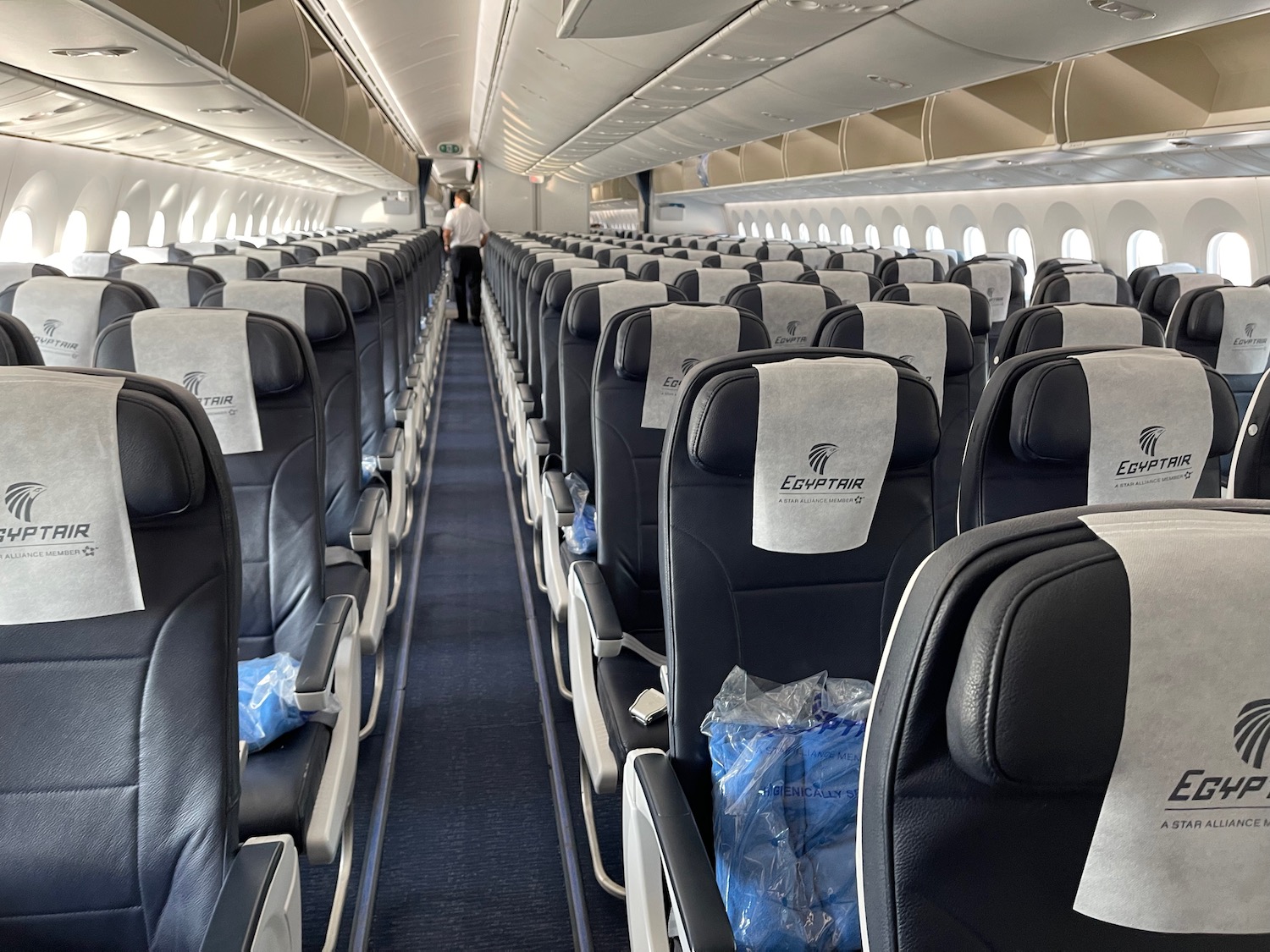 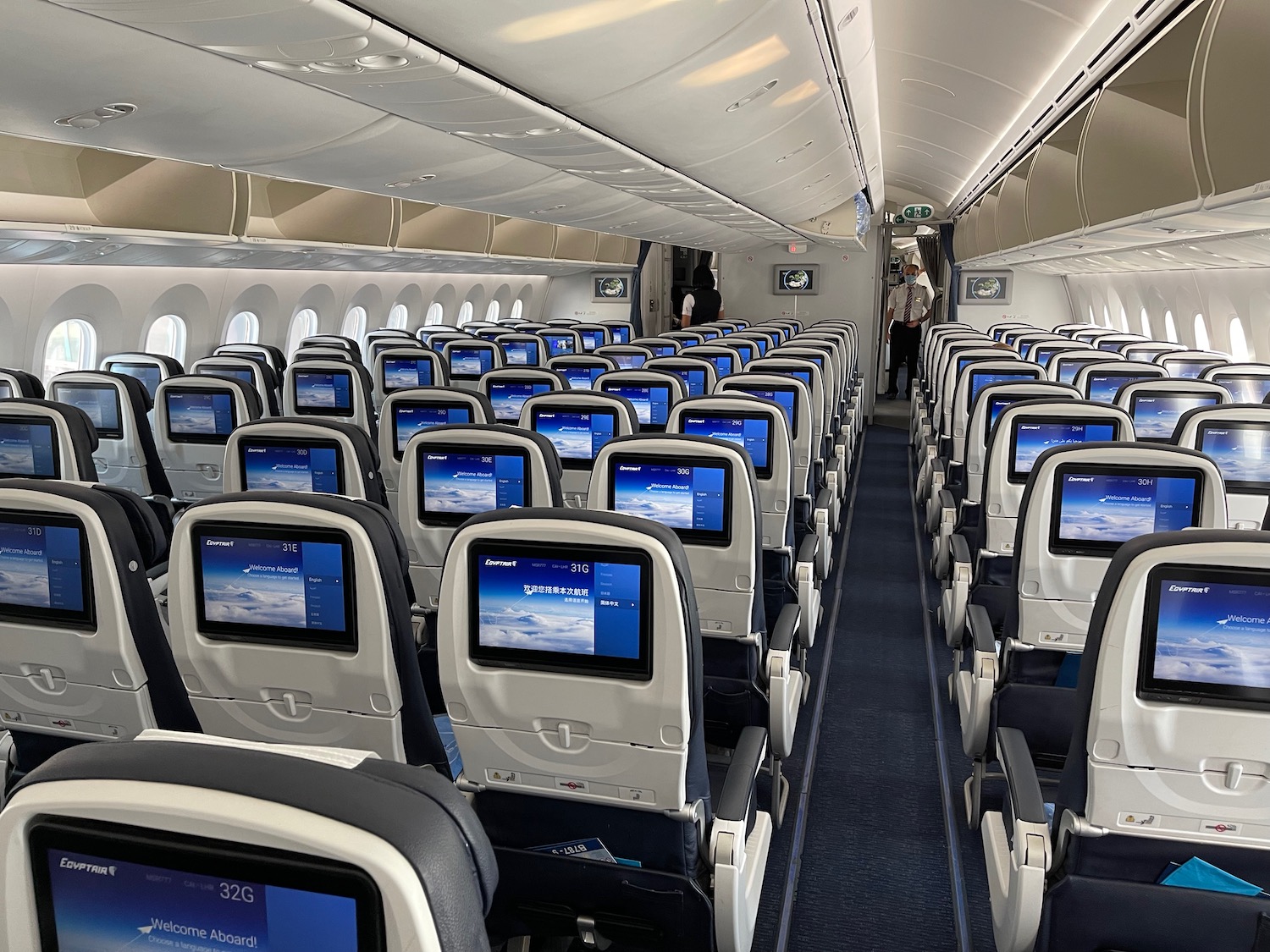 The flight was full, with nearly every seat taken. I had a window seat and was hoping for an open middle, but thankfully had a quiet and skinny seatmate.

We took off and I was expecting a meal…I know my expectations should have been lowered after my transatlantic flight in business class, but I figured the food in economy class could not be any worse than in business. Food in the EgyptAir lounges in Cairo is limited, so I was hungry again for something more than mezze.

Shortly after takeoff the meal service did start…each passenger was offered a water bottle and small packaged slice of cake. I was livid at this point. How cheap was EgyptAir to starve its passenger with this crap on its flagship route to London? How long are carriers going to play these ridiculous cost-cutting games?

I closed my eyes and went to sleep, since I didn’t sleep much on the flight to Cairo.

But EgyptAir redeemed itself.

About an hour before landing my seatmate shook me awake. I sat up and looked around. The carts were in the aisle and I dryly thought how fortunate I was to have another drink before landing in London.

But it was more than a drink – it was a hot lunch. Each passenger was handed a blue plastic container and also offered a choice of chicken or beef.

I chose chicken. How bad would it be? Turns out it was 10x better than the business class food. The chicken breast was seasoned in a lovely sauce with a slight spice and the cooked vegetables and potatoes were flavored with olive oil. The salad was also refreshing (I skipped the bread and cake). I’ll have more details about the service, IFE, and other amenities onboard in my full review.