I flew from New York to Frankfurt in Lufthansa First Class earlier this week, which was a fairly typical (great) flight overall, but there was one element I particularly appreciated that showed special attention to detail and great customer service: a candlelight breakfast.

Breakfast is a challenge on LH401. The flight leaves New York JFK at 4:10pm and is scheduled to arrive into Frankfurt at 5:45am, which is currently before sunrise. That itself represents a fairly padded schedule and my flight arrived almost 40 minutes early.

I had enjoyed a hearty dinner after takeoff and planned to skip breakfast onboard to get an extra hour of sleep (the entire flight was only 6.5 hours), but about an hour before landing I woke up and was no longer tired.

It was too late for the full eggs and bacon breakfast (I was not hungry anyway), but flight attendant Mark quickly appeared and wondered if there was anything else I wanted. I ordered an espresso, smoothie, orange juice, croissant, and berries (nothing like a “light” breakfast before landing…).

But there was a problem. I was the only passenger awake at the time. The gentleman across from me had woken up earlier and had already eaten his breakfast. He had now gone back to sleep. The entire cabin was sleeping.

Turning up the lights, even the ambient lights, would have created a disturbance and on a flight that short, I was not looking to rob anyone of their sleep.

But Mark had a great idea and presented something I had never seen before: an electronic candle. These are apparently located onboard in some compartment and reserved for special occasions celebrated onboard. Look familiar? These are also part of the service on Qatar Airways and Turkish Airlines in their premium cabins. 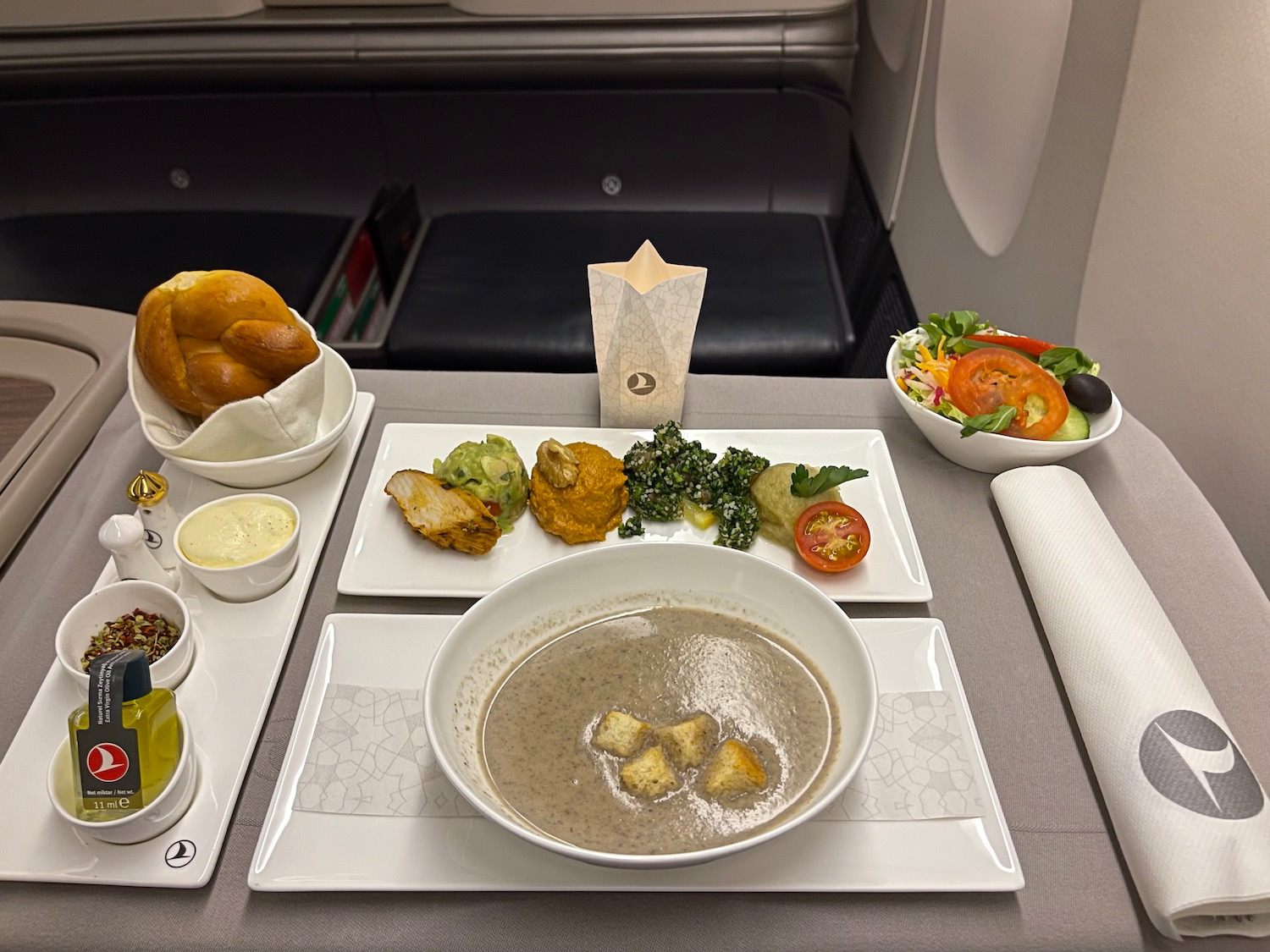 Imitation is the sincerest form of flattery and this really was a cool way to allow me to see what I was eating (even if my photos do not do justice) while not disturbing others. I’d like to see these on every Lufthansa flight…