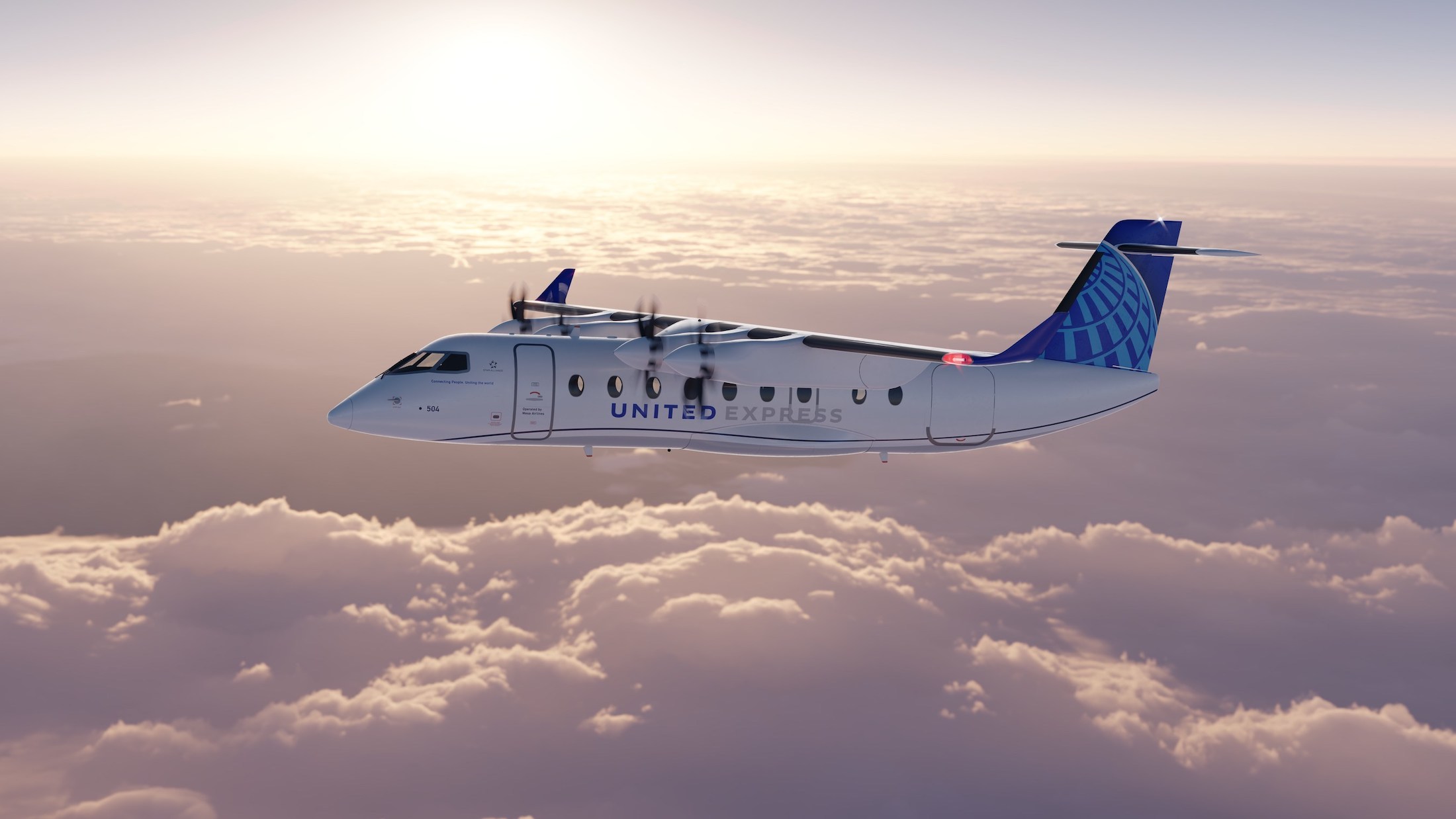 United Airlines and its regional subsidiary Mesa Airlines will each buy up to 100 ES-19 aircraft from Heart Aerospace, an electric turboprop that hopes to transform short-haul regional flying. The acquisition comes in addition to an investment from United Ventures, United’s new corporate venture capital fund.

Heart Aerospace is developing the ES-19, a 19-seat electric aircraft that it hopes will fly customers up to 250 miles before the end of this decade. The new aircraft will use battery technology and motors similar to electric cars, yet still be able to accommodate 19 passengers. United plans to utilize the ES-19 on more than 100 regional routes, including:

Why Would United Invest In Such A Small Aircraft?

At first glance, this investment and acquisition is a head scratcher. Queue the reports about wasting taxpayer bailouts on 19-seat aircraft. If each aircraft requires two pilots and a flight attendant, how is that possibly economical?

A person familiar with the project told Live and Let’s Fly on the condition of anonymity that the cost savings with this type of aircraft are substantial. In that sense, even with added labor costs the capital acquisition costs are far better than traditional jet-powered or turboprop engines.

“We expect the short-haul regional air travel market to play a key role in the evolution of the electric aircraft.  As battery technology improves, larger-gauge aircraft should become viable but we’re not going to wait to begin the journey.

“That’s why we’re looking forward to beginning our work with Heart, so that, together, we can scale the availability of electric airliners and use them for passenger flights within the next five years.

“…[W]e have to build companies who have real potential to change how industries operate and, in our case, that means investing in companies like Heart Aerospace who are developing a viable electric airliner.”

While difficult to understand the economics of this venture when no figures were disclosed, it is reasonable to assume that United’s did the math. Still, One Mile At A Time is right to question how 19-seat aircraft fit into a world of increasing airport congestion. Will these new aircraft serve Essential Air Service (EAS) routes and therefore be highly-subsidized? That seems like a spurious bet to invest in a new aircraft.

United Airlines and Mesa will purchase up to combined 200 ES-19 electric aircraft from Heart Aerospace. This 19-seat plane could be operational by 2026 and usher in a new era of regional flying in the United States, though the economics of the new aircraft are still unclear.

What are your thoughts on the United Airlines ES-219 aircraft investment?