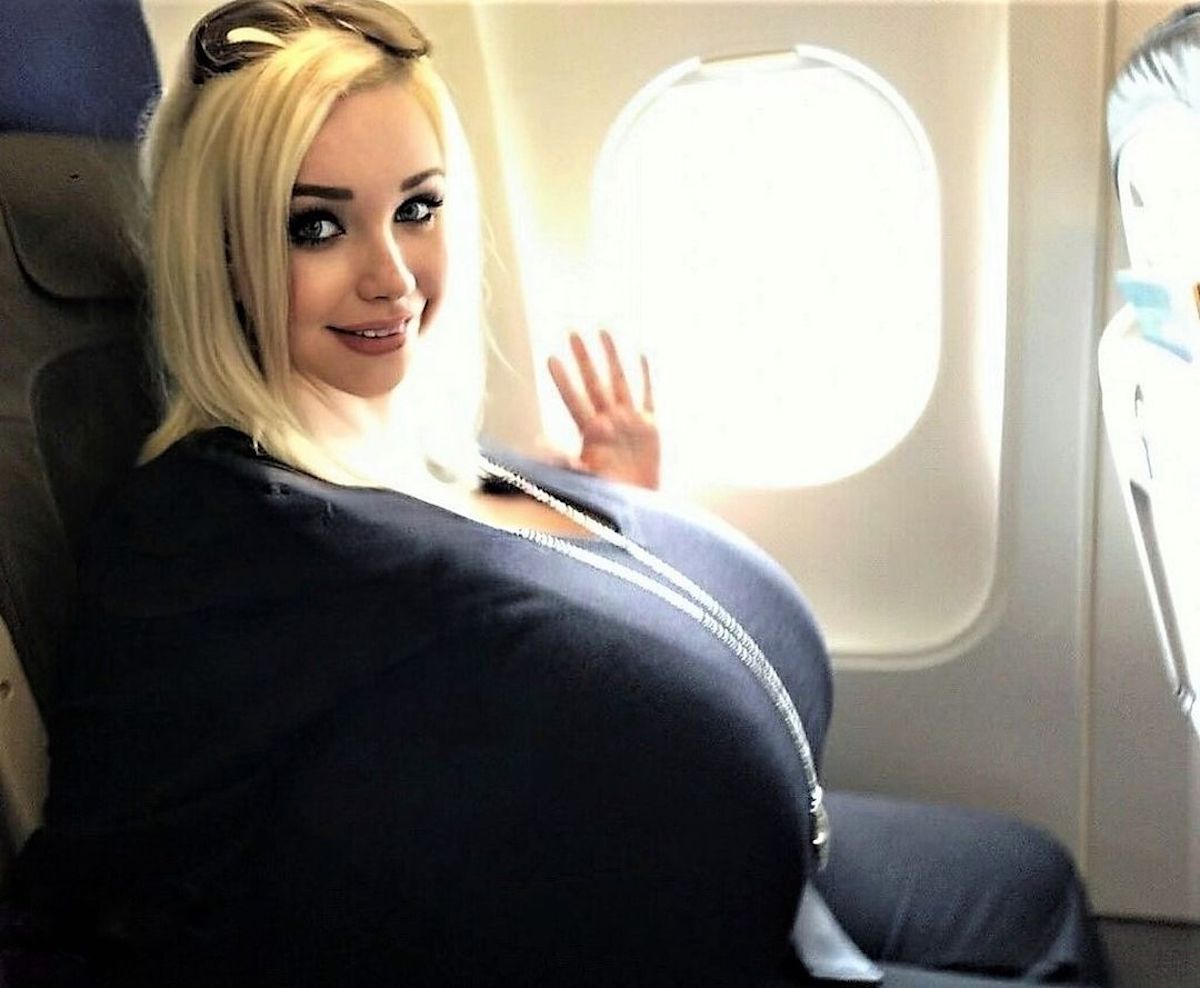 Keeping you abreast of all the important travel news, today we focus on 26-year-old Leia Parker, who was busted on a recent flight for her breast size. She may be petite overall, but she’s also hypermammiferous and claims she was forced to sit in the rear galley in a flight attendant jump seat all the way to London.

As she tells the story, the problem occurred while she was returning to London last month.

Parker, a glamour model and exotic dancer from Twickenham, has claimed that she was forced to sit in a jump seat at the back of the plane and alleges she was “treated poorly” by staff and fellow passengers on a flight from Las Vegas, US, to London Gatwick due to the size of her breasts.

Leia explained that she couldn’t help touching other passengers while squashed into her small economy seat. She claims fellow passengers complained about this and asked cabin crew to move her.

“The seats being small is not good for my boobs – I struggle to not be in other passengers’ way,” she said.

As far as I know, there is no carrier that is currently operating from Las Vegas to London Gatwick nonstop (British Airways is resuming its service next spring), so it is not clear what airline she was flying.

Parker explained that when she was moved because the light was full, she was seated in the rear galley in a flight attendant jump seat.

“One female passenger said to the stewardess that she wanted ‘this girl and her stupid tits moved.’ She said I kept pushing up against her boyfriend, but there was just not enough space.

“They didn’t have other seats so I ended up spending most of the flight sat in a jump seat in the kitchen bit.”

Thus far, Parker has not received an apology. She should probably thank the airline for not charging her for a second seat…

Thanks for the mammaries, folks. Parker is looking for an apology from the airline but has no plans for tit-for-tat retaliation. Now that we’ve milked this story for all it’s worth, we can only advise you to be on the lookout for the woman in 38D. Oh wait, that’s her size…

(H/T: View From The Wing, who introduced me to the word hypermammiferous and for his readers and their many puns, from which I shamelessly borrow)