Air France will refresh a dozen of its Boeing 777-300ER jets with a new business class seat featuring more privacy, including a closing door.

Doors have been embraced by airlines around the world as the new standard for privacy in business class. Now Air France is joining the bandwagon with a new seat that focuses on 3 “F”s: “To create a greater sense of privacy for passengers travelling together, the seats located in the centre of the cabin are now equipped with a central panel that can be lowered by pressing it down, thus creating a convivial space in which to make the most of the flight together.”

But in all seriousness, doesn’t Air France already have a fully-lie flat bed on its 777 jets? Don’t all passengers already enjoy direct aisle access? Isn’t there already a privacy divider available? 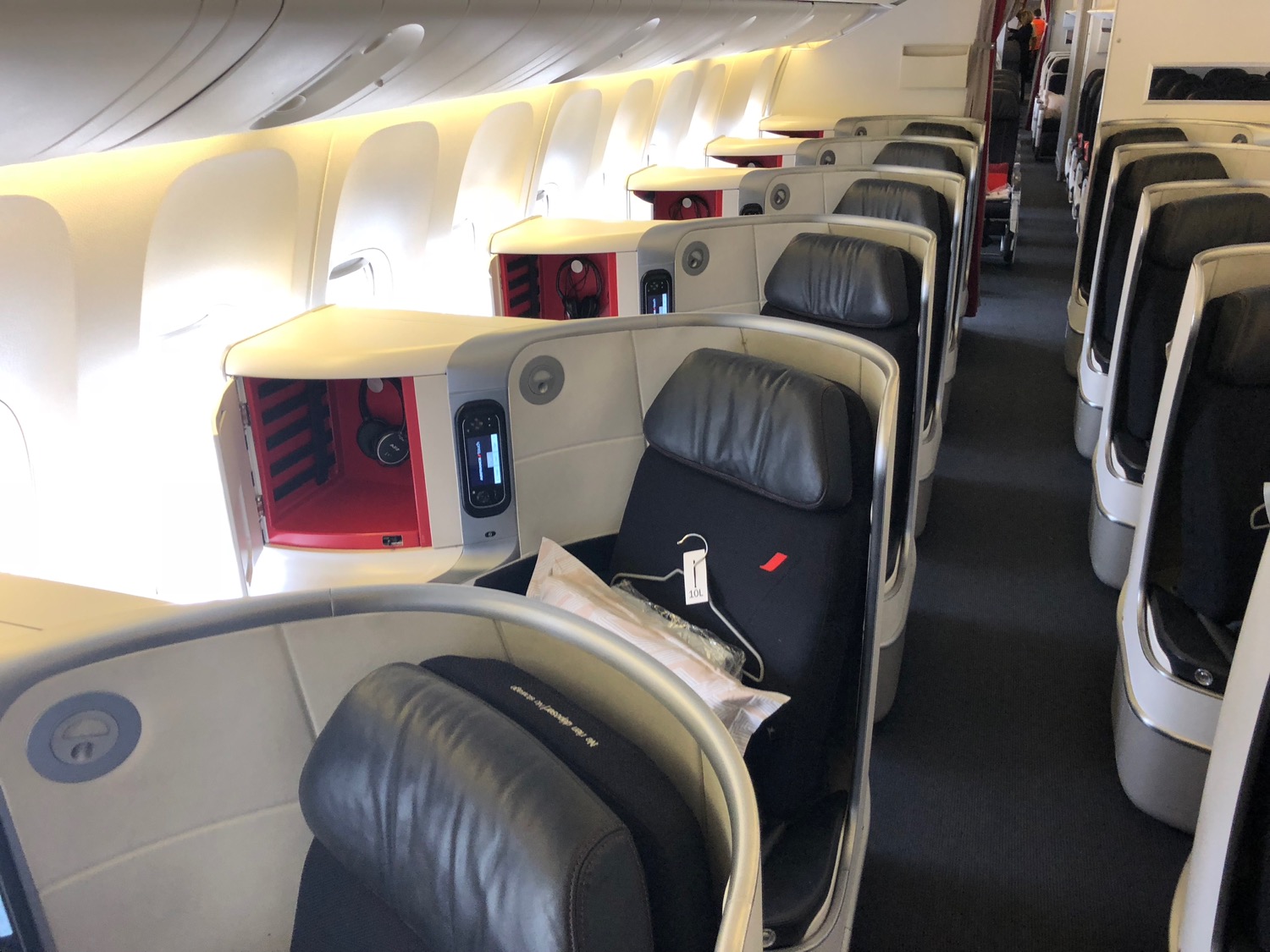 (the answer is yes)

The new seats appear to be Safran Versa seats (currently Air France uses Safran Cirrus seats on its 777-300ERs), which are very similar to the current seat beyond the doors and longer privacy dividers in the center section. Air France plans to progressively roll out the new product on 12 777-300ER jets starting in September 2022. The new seat will first operate on the New York – Paris route.

One notable improvement: the seat will feature “several” electrical outlets, a 17.3-inch 4K High-Definition anti-glare screen with a noise-reducing headset and offer Bluetooth compatibility, allowing passengers to use their own headphones.

This seat may also give us a clue as to what the new KLM business class seat will look like.

Air France will install new business class seats on 12 of its Boeing 777-300ER jets, adding doors and bluetooth connectivity. These jets will first appear this autumn and operate between JFK and CDG.

I’m still of the opinion that doors in business class are overrated, but I guess I’m firmly in the minority on that issue.