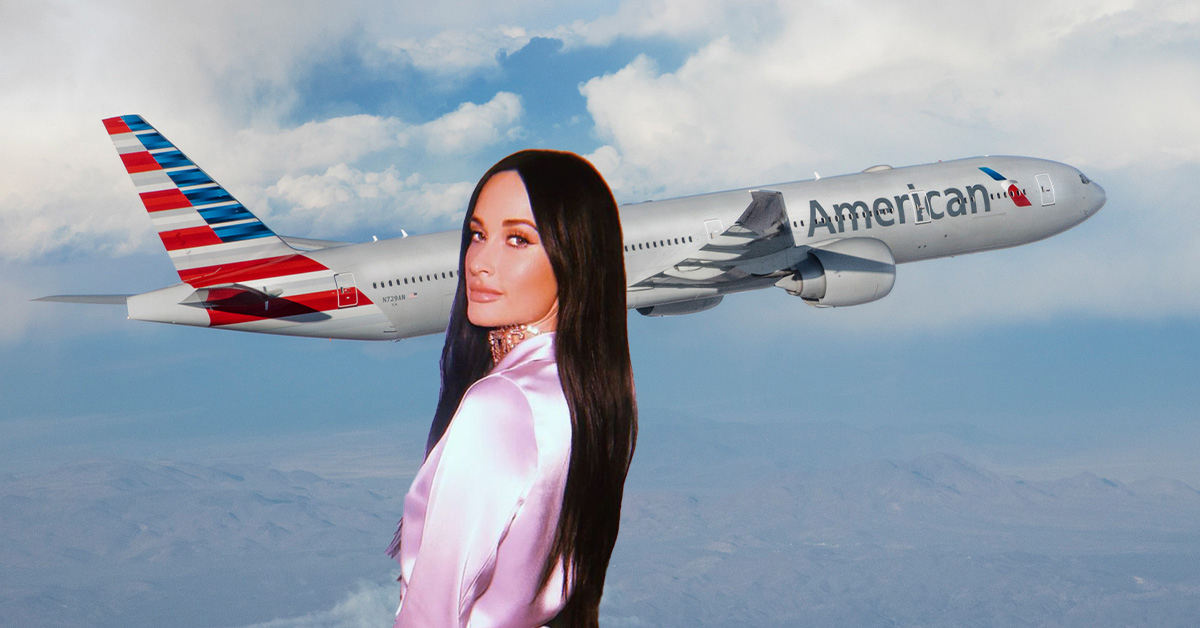 Even celebrities sometimes encounter bad service onboard. 33-year-old country singer Kacey Musgraves now has a problem with American Airlines. Specifically, she has a problem with the “male” purser on her recent flight from Spain, who she accused of acting in an “appalling and shockingly hostile” manner toward her and other passengers.

Posting the complaint on Twitter, where she has close to one million followers, Musgraves said:

Just ended my travels to/from my show in Spain on the most intense and honestly f*cking awful flight on @americanair.

It’s extremely rare for me to want to come to a social media platform to complain about something like this. I know there are way bigger things going on in the world at the moment. But I truthfully just don’t want anyone else to have my experience.

I wish it were as simple as complaining about the broken seat that wouldn’t’ recline for 7 hours overnight or there being no wifi.

But was the appalling and shockingly hostile behavior of a certain male employee (the flight’s chief purser) that I will be filing a massive compliant against along with many other passengers that were subject to his extremely overblown, necessary aggression and erratic behavior. he made me feel unsafe and upset to the point of crying and I witnessed another passenger he also made cry. The female flight attendants on board vocalized their own disbelief, and struggles with him as well.

@americanair, I will be going through the proper chancels [sic] but I need to make it known that you have a liability on your hands with this man.

An airline spokesperson said American Airlines has “reached out to Ms. Musgraves to learn more about her experience and address her concerns.”

Thankfully, I’ve never run into a hostile purser on American Airlines before, but I know many who have. There sadly seem to be a handful of bad apples that are disturbed by having to provide service to passengers. While Musgraves has chosen not to share more details, the specificity and tone of her note make me think she has a legitimate gripe.

Musgraves posted her tweet from Chicago, which may suggest she had flown AA41 from Barcelona (BCN) to Chicago (ORD) in early June. American Airlines does not fly between Madrid and Chicago (its Iberia partner does).

For AA’s sake, bad flight attendants who are hostile, aggressive, and erratic have no place in the skies. I hope the flight attendant in question is interviewed and if necessary, corrective action (up to and including termination) is taken. There is never an excuse to be nasty to a celebrity or to any passenger at all.