A flight attendant apparently mistook 4-foot-8-inch Olympic gold medalist Simone Biles for a child, offering her a coloring book in business class on a recent United Airlines flight. The irony is that United is a former Team USA sponsor and has featured Biles in a number of it ads and social media posts.

“Simone Biles is the most decorated American gymnast in history, with a combined total of 32 Olympic and World Championship medals. Biles is also a prominent advocate for athletes’ mental health and safety, children in the foster care system, and victims of sexual assault.”

On the way back to her home in the Houston, Texas area, 25-year-old Biles shared of an incident that occurred on her United Airlines Airbus A319 flight. Upon boarding, a flight attendant failed to recognize her and offered her a coloring book intended for children. The gymnast is under five feet tall and extremely youthful in appearance. Biles responded: 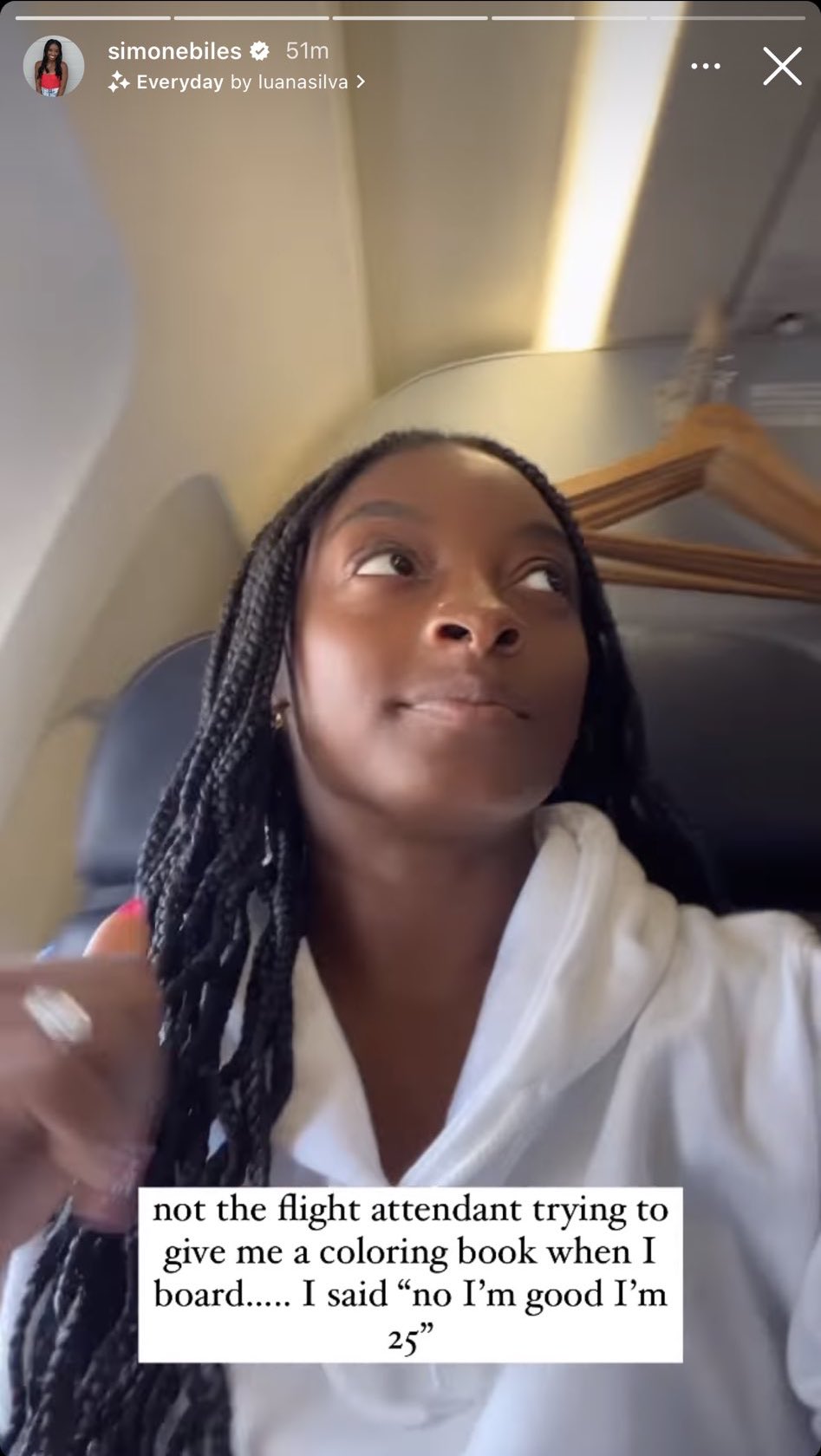 ‘The other flight attendant gave me a mimosa so we’re in the clear…she did ask if I was old enough to drink it when it was brought over.”

Biles took the incident well, though many on Twitter are outraged over what occurred. Many of short stature shared their frustration of being mistaken for a child while in public settings.

The mistake was particularly ironic considering United Airlines is a sponsor of Team USA and has prominently cheered on Biles and even used her in one of its commercials:

. @United knows! Thanks for making sure Goldie gets a ride to Tokyo. 🐐 @TeamUSA is taking the #RoadToTokyo to the skies – next stop, Japan! #ad #MyUnitedJourney pic.twitter.com/70ns0NP4T4

When @Simone_Biles comes to visit us at work, we can’t help but get excited. #TeamUnited pic.twitter.com/lQCCwYmXzH

Superhuman ability. Superhuman bravery. 🐐
💙 and support to our partner and friend @Simone_Biles. pic.twitter.com/iUoIiHElEZ

I do find it ironic that this occurred on United Airlines of all places, but I’m not sure what there is to be outraged about. As for me, I’d be thankful for anyone that carded me when I ordered a drink or offered me a coloring book. Enjoy fleeting youth…