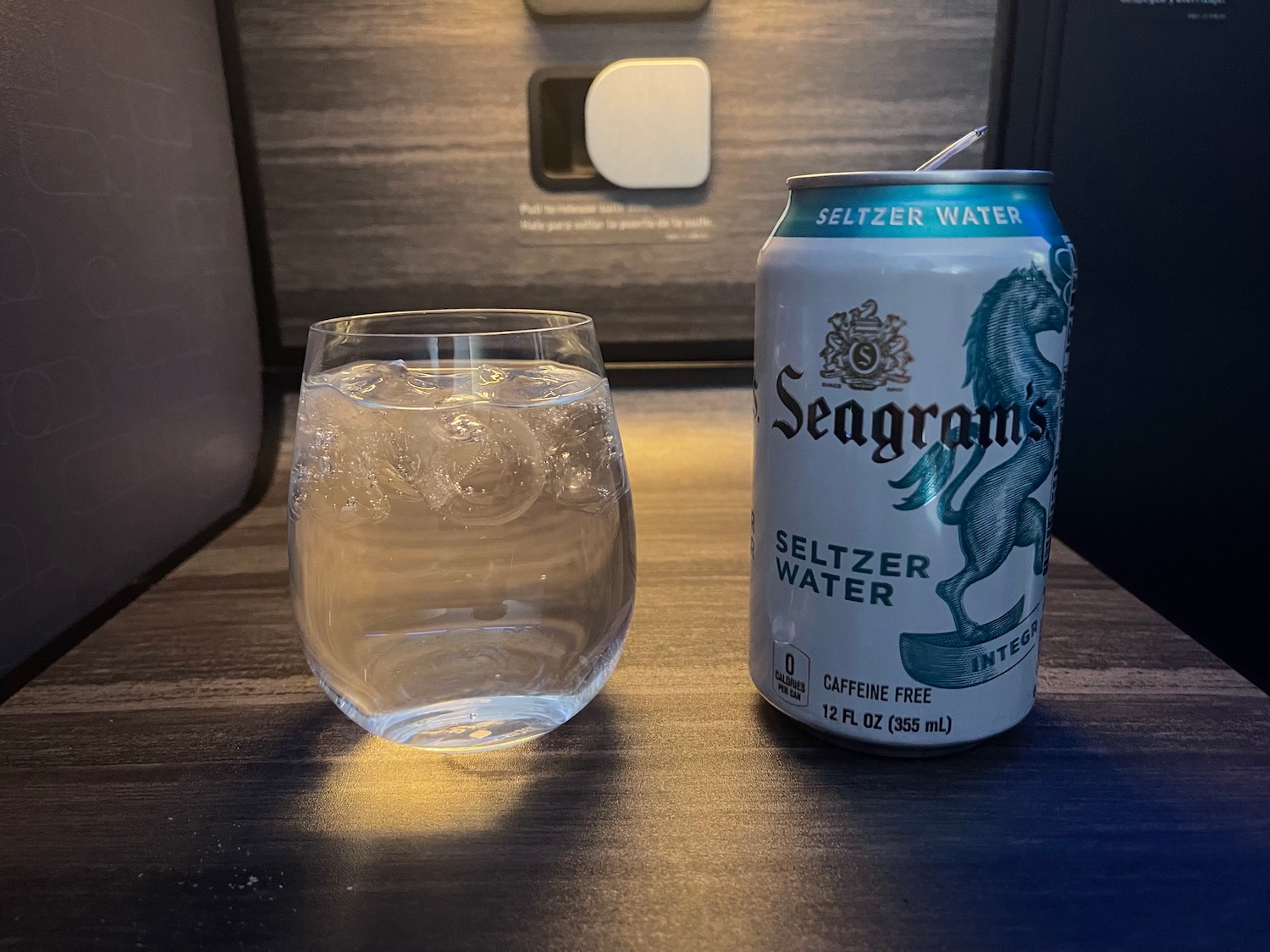 Toward the end of my JetBlue flight from Boston to Los Angeles, which I reviewed earlier, I requested a glass of sparkling water.

“Man, everyone wants sparkling water on LAX flights. We’re all out!”

We chatted for several minutes about his observation, working the route frequently, that there is never enough sparkling water loaded.

I was a still water guy only for the first half of my life, but after living in Germany find that few things are as refreshing as a glass of sparkling water. We drink it all the time in my house, which is problematic in the USA because a bottle of sparkling water is like 6-8x the price of what you pay in Germany.

But I never noticed that it was not just me.

“California people don’t like all that sugar. They’re too conscious about their health,” explained the flight attendant. Guilty as charged.

As we should be, right? I can’t think of any redeeming qualities in a can of Coca-Cola or Sprite.

“I have written to JetBlue telling them we need more sparkling water loaded. Heck, I even brought my own case of LaCroix once and ended up sharing it with passengers because we ran out. They be like, ‘I’m just going to have one more can of your water, okay?’”

That was quite the kind gesture and I hope, as America faces a horrible obesity epidemic, that my generation will resist obesity in part by saying no to sugary drinks that undermine good health.

I’m going to be looking around more to see what people order on airplanes…is soda on the way out and water on the way in? That would be cause for celebration.

I enjoyed the conversation on water (of all things) and hope that JetBlue and other airlines will load more sparkling water, as travelers wise up to the benefits of staying hydrated with pure water rather than sugar water with a list of ingredients they cannot pronounce.

The flight attendant came back five minutes later with a smile on his face and a can of seltzer water.

“I found this in the back. It’s absolutely the last one on this plane!”