As travelers return to the skies, American Express Centurion Lounges are facing overcrowding issues unlike I’ve ever seen…

I was recently in the Centurion Lounge at Dallas – Fort Worth International Airport (DFW). It was so packed it took 15 minutes to find a seat. At one point, we tried to stand in an area of the bar apparently designed for wheelchairs and were barked at by the bartender to move. Classy. Even more classy, the vultures waiting for the feeding troughs to be refilled then swooping down like they had not eaten in weeks. 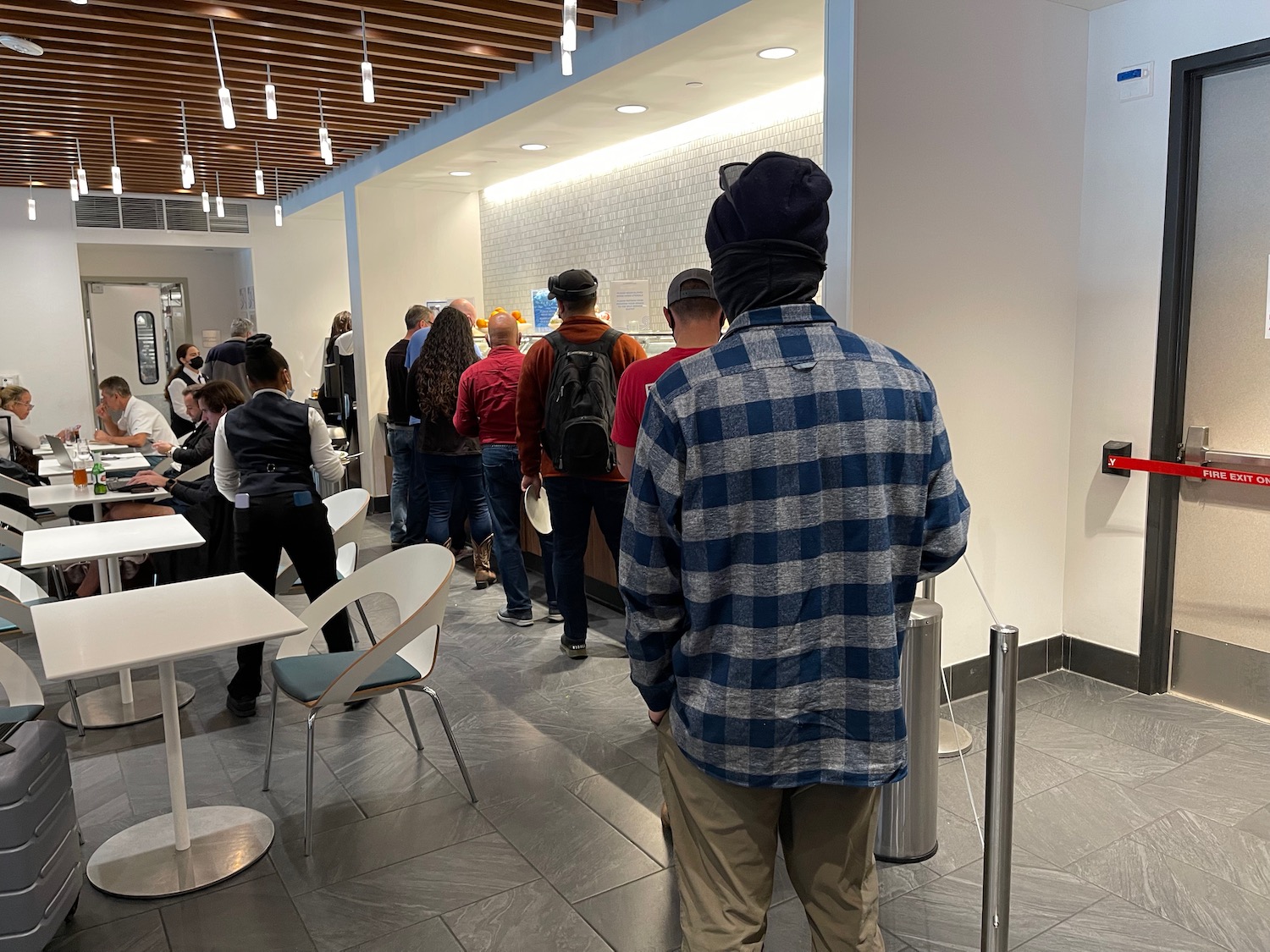 I walked away shaking my head (the Capital One Lounge was not nearly as crowded).

Then I noticed my friend Ed Pizzarello, who writes the Pizza In Motion blog, posted the following video outside the American Express Centurion Lounge in Las Vegas (LAS):

This is just the line to get into the lounge! Can you imagine how crowded it is inside the lounge?

I’ve seen crowded lounges and waiting lists, but how pathetic to pay $695 each year for a credit card and have to wait in lines like this in order to enter an airport lounge? Nothing screams “relaxing” or “luxurious” like long lines in Las Vegas.

It has taken me some time and observation to reach this point (as a husband and  father of two who loves to travel with his family), but American Express should immediately eliminate guest access. It should not even be available for purchase; access should be reserved for cardholders and their authorized users (who are also cardholders).

I know that likely cannot be done so quickly, which is why American Express has announced that Platinum cardholders will need to spend $75,000 on the card in 2022 to continue to enjoy guest access in 2023.

But spending $75K is likely not all that hard for most cardmembers and I cannot imagine it will make a huge dent in guest access. And in the meantime, lines out the door and waiting lists mark an urgent problem that must be addressed.

It is amazing to me how crowded the American Express Centurion Lounges have become. It has gone from bad to worse and summer has not even started. Perhaps there is really is nothing American Express can do without more notice, but at this point it should eliminate all guest access…there just isn’t room for them.