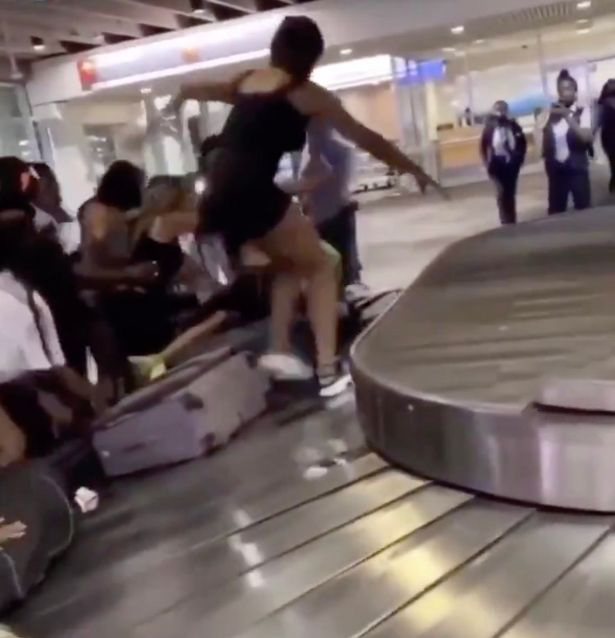 I took the weekend off and am now catching up on stories that I missed. One story that caught my attention was a brutal fight that took place in the baggage claim area of Philadelphia International Airport (PHL). As passengers engaged in what appears to be a racially charged brawl, American Airlines agents simply stood back and filmed.

The incident took place in the baggage claim belt of American Airlines flight 2333 from Miami to Philadelphia. We have video of the fight, but lack important context.

Since there are so many unknowns about how all this transpired, it is probably best not to make judgements about who was at fault, except to that everyone is fault who chooses violence when they can walk away. Such violence, both verbal and physical, is disgusting, especially the kicking of the guy as he curls up on the ground on top of his woman, trying to protect her after trying to break up the fight moments before.

It’s interesting that around 30 seconds into the video it appears that three AA baggage employees come out and instead of calling the police or trying to break up the fight (though I can hardly blame for them not endangering themselves), just start filming. Maybe they called airport police before they started. But where are they? No security in the baggage claim area?

We saw a nasty incident at the gate prior to a Sprit Airlines flight from Ft. Lauderdale to Philadelphia and now this on American Airline from Miami to Philadelphia. Perhaps the takeaway is that maybe it is the destination, not the airline, that matters most in terms of passenger behavior.

But something is deeply wrong with America and this latest video is just another exhibit of evidence.