Qatar Airways has hinted that its new Boeing 777-9 aircraft may have an exclusive four-seat first class cabin. As more carriers move away from first class, will Qatar Airways invest in a luxurious new product?

Currently, the only aircraft type in the Qatar Airways fleet with first class is the Airbus A380. I’ve reviewed it before here and also compared it to the carrier’s latest Qsuite business class product.

My own opinion is the first class product is better overall, though Qsuite offers much more privacy and both, of course, have fully flat beds.

Like View from the Wing, I figured that once the A380 was retired, so too would the concept of first class on Qatar Airways. But not so fast, apparently.

“We are studying the possibility of having a very exclusive first class cabin of just four seats, for example.

“We have huge demand here in Qatar to two or three European destinations so we may introduce a very small first class cabin for our local passengers who want a very exclusive first class product.”

Al Baker called it a “very niche product” and hinted it would only appear on service to cities like London or Paris. Al Baker also complained that first class loads on the A380 did not justify the space onboard:

“An airplane is very expensive real estate, and occupying a big portion with so few seats as first class, which had a load factor of averaging never more than 55-60%.”

Any new first class product would not appear on any initial delivery and Al Baker indicated there was no specific design under consideration.

A four-seat, one row first class cabin is not unheard of. In fact, that is what Air France offers on its 777-30ER in first class and is one of my favorite first class products in the sky. 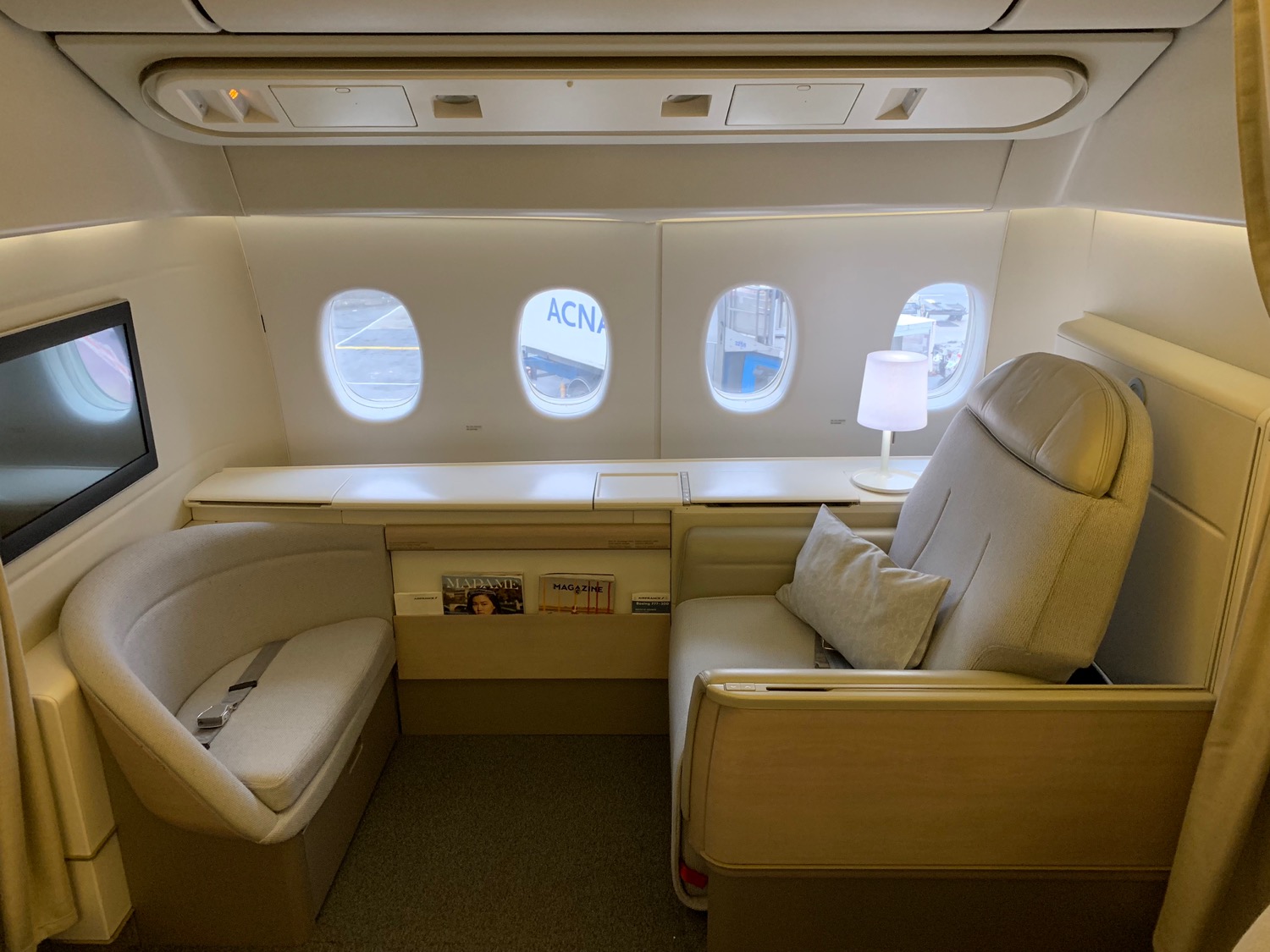 While also not as private as Qsuite business class during boarding, floor-to-ceiling curtains offer total privacy when closed. This also allows couples traveling together to easily communicate if seated in the center section.

Other models which Qatar can consider include the first class product on Emirates 777-300ERs, which include only three suites per row, not four. These are beautiful, spacious suites which are certainly a step above Qsuite. Indeed, the Emirates model would offer a way for Qatar Airways to build upon its industry-leading business class product to offer even more privacy. Finally, we could see something akin to The Apartments found onboard the Etihad Airways A380. These oversized suites have plenty of room and are aesthetically beautiful, but not particularly comfortable. What do you think first class on the Qatar Airways 777-9 will look like?