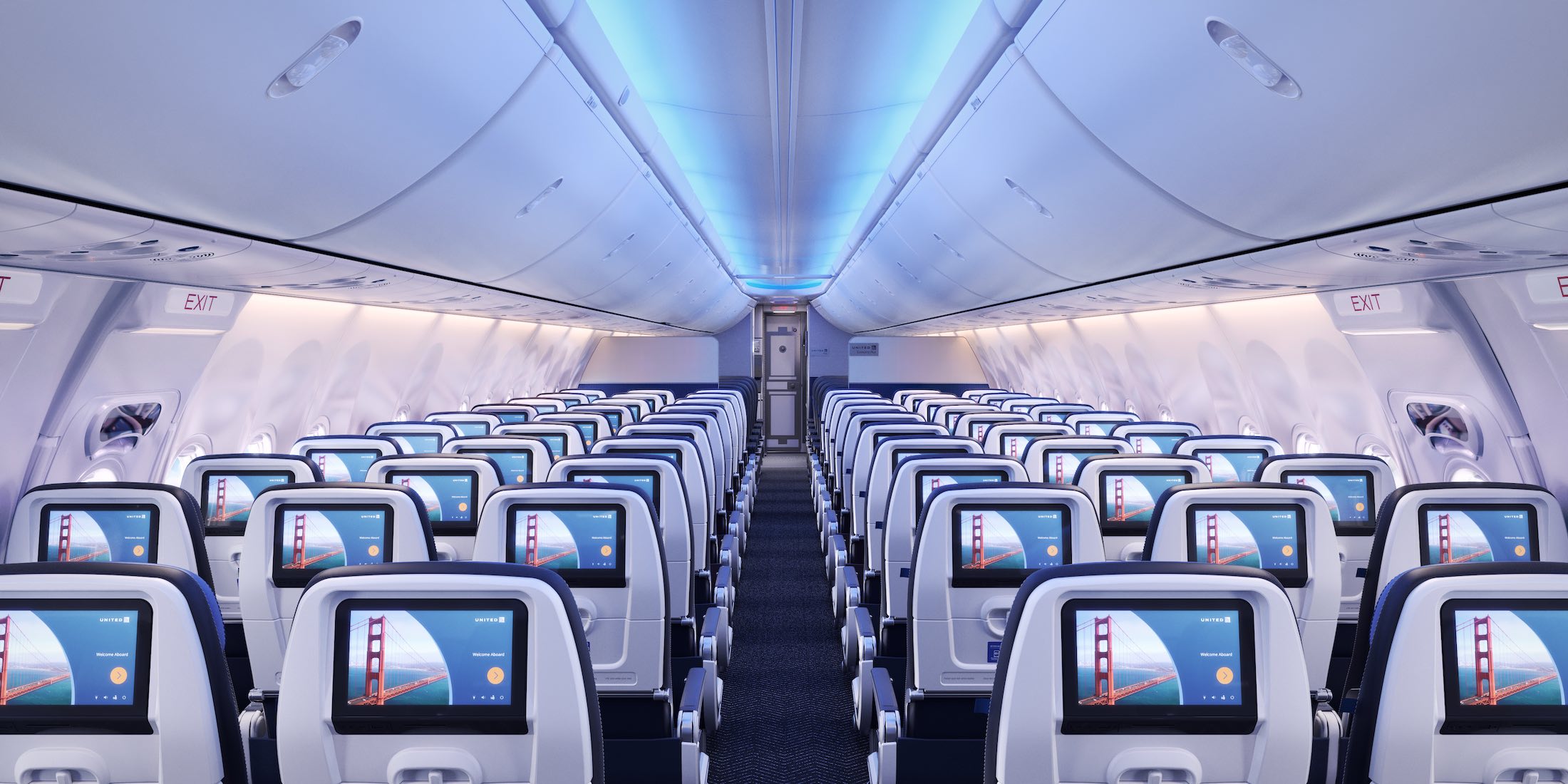 United Airlines not only announced a new aircraft order today, but announced an ambitious goal to update all narrow-body mainline jets with modern interiors in a bid to standardize its fleet, an initiative known as United Next.

United’s latest aircraft order of 270 jets, a mix of Boeing 737 MAX and A321neo aircraft, will include: Rather than create a stark divergence between old and new, United plans to retrofit its existing narrowbody fleet over the next four years to achieve a uniform experience onboard for customers.

“Our United Next vision will revolutionize the experience of flying United as we accelerate our business to meet a resurgence in air travel. By adding and upgrading this many aircraft so quickly with our new signature interiors, we’ll combine friendly, helpful service with the best experience in the sky, all across our premier global network.

At the same time, this move underscores the critical role United plays in fueling the broader U.S. economy – we expect the addition of these new aircraft will have a significant economic impact on the communities we serve in terms of job creation, traveler spending and commerce.”

One of the biggest complains about flying United has been the consistently inconsistent experience onboard, particularly when it comes to seatback screens and wi-fi. Wireless internet worked quickly on some aircraft and crawled on others. Many 737s have screens at each seat while others do not…and you often do not know until the day before your flight.

The United Next interiors will not only modernize, but standardize the fleet, creating a consistent experience in which passengers can expect fast, reliable internet, plugs, and screens at each seat.

Business travelers who choose United have been waiting for years for a high speed wi-fi on United. A concrete plan has now been announced that will include screens at each seat and a modern and uniform feel across the mainline narrow body fleet.