With literally only seconds to spare after the passport incident, we made it on our connection to Basel, a flight operated by Lufthansa CityLine. Currently, Lufthansa offers a much better soft product on these short flights than does Air France in business class.

Lufthansa CityLine is a wholly owned subsidiary of Lufthansa with hubs in Frankfurt (FRA) and Munich (MUC), from where it operates a dense domestic and European network as a member of Lufthansa Regional. (Lufthansa also has the regional versus mainline debate, but that’s a different topic…).

Our flight departed from a far remote stand, making our missed visit to the First Class Terminal and therefore loss of chauffeur to the plane all the more painful. But what’s the point of crying over spilled milk, right? We would be “home” for Christmas, which really was the worthier goal. Seating in business class is the identical 2-2 seating in economy, but everything other seat is blocked, guaranteeing you an open seat next to you. In that way, business class can be variable depending upon the need of the specific flight. Here, there were seven rows of business class even though it was just my family of four (actually only three seats plus lap infant) and three other passengers. 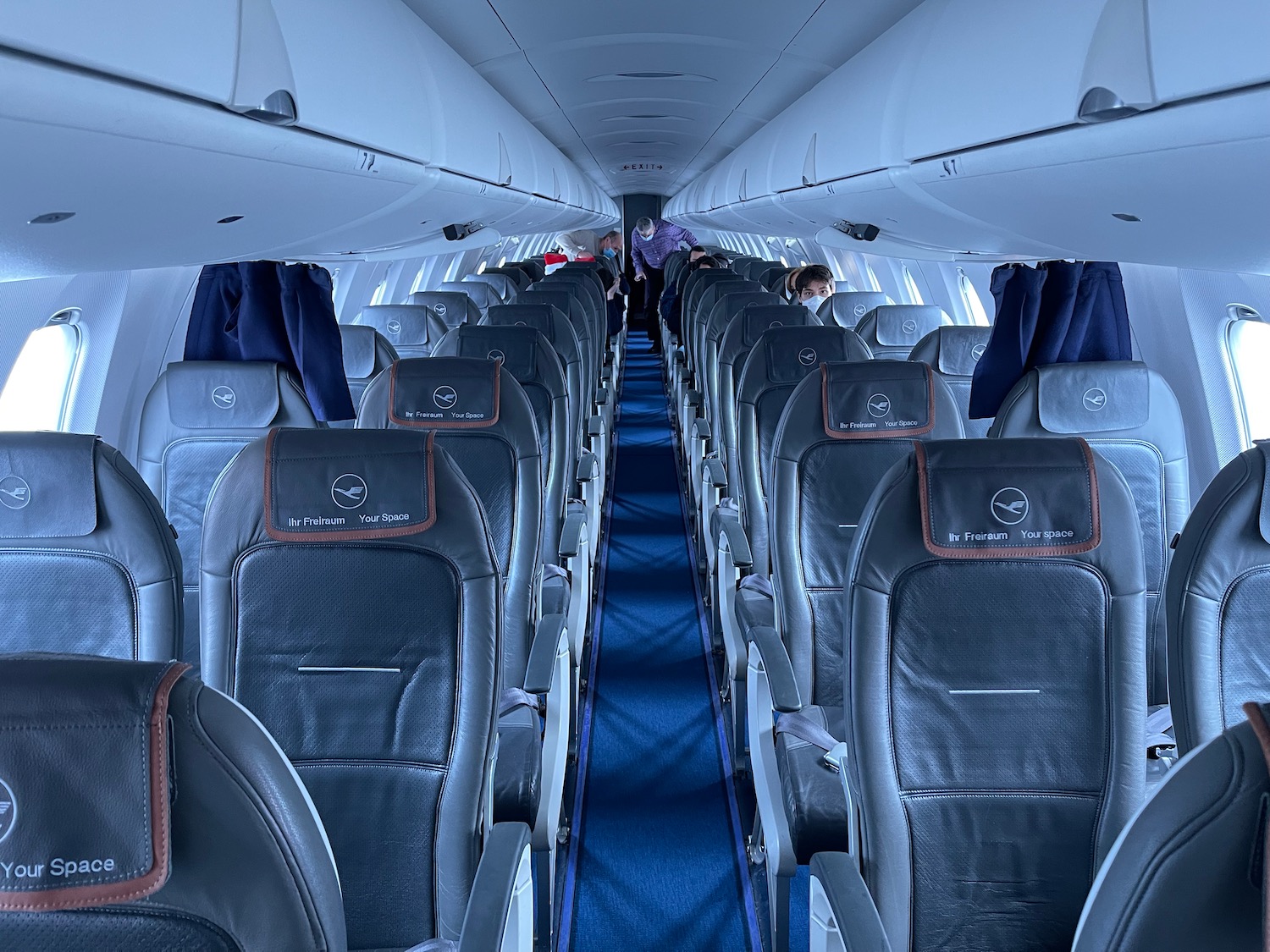 Seat pitch is 31 inches and the seats have a width of 17.5 inches. There is no wi-fi or in-flight-entertainment onboard.

We took off and about three minutes after takeoff, the flight attendant sprung into action. We were offered a very decent lunch on this short hop, which included a meal from Lufthansa’s Heimat (Homeland) menu: I’m not generally a terrine fan, but actually ate this meal and thought it was very tasty. Compare that to Air France, which now simply serves a small packaged sweet and salty snack on flight of similar length (and longer).

And just like that, the flight attendant collected the meal trays and soon after that we landed in Basel. During the pandemic, border checks occur even on these intra-Schengen flights. In Basel, you choose whether you enter Switzerland or France. We entered the French side, but then crossed over to the Switzerland side upstairs before crossing back into France for the drive to Germany. Technically, Switzerland has a small strip of land (road) connecting it to the airport and the airport sits on two countries, but it really feels more like a French airport. Oh yes, and our bags did not arrive…but that requires a separate post.

We enjoyed our brief CRJ-900 flight on Lufthansa CityLine from FRA to BSL. I’m frankly amazed at what Lufthansa manages to offer on a 175-mile flight in business class…the service and meal was really a nice element. Most importantly, we made it home for Christmas!