Last week, I compared dinner in business class on American Airlines versus United Airlines. I’ve also recently flown both United and American on a morning transcontinental trip. Which carrier offers the better breakfast in business class?

All courses included a seasonal fruit plate, biscuit or cinnamon roll, as well as grapes and cheese.

The meal was served wrapped, but cleaned up nicely and even included a parsley garnish for the omelet. 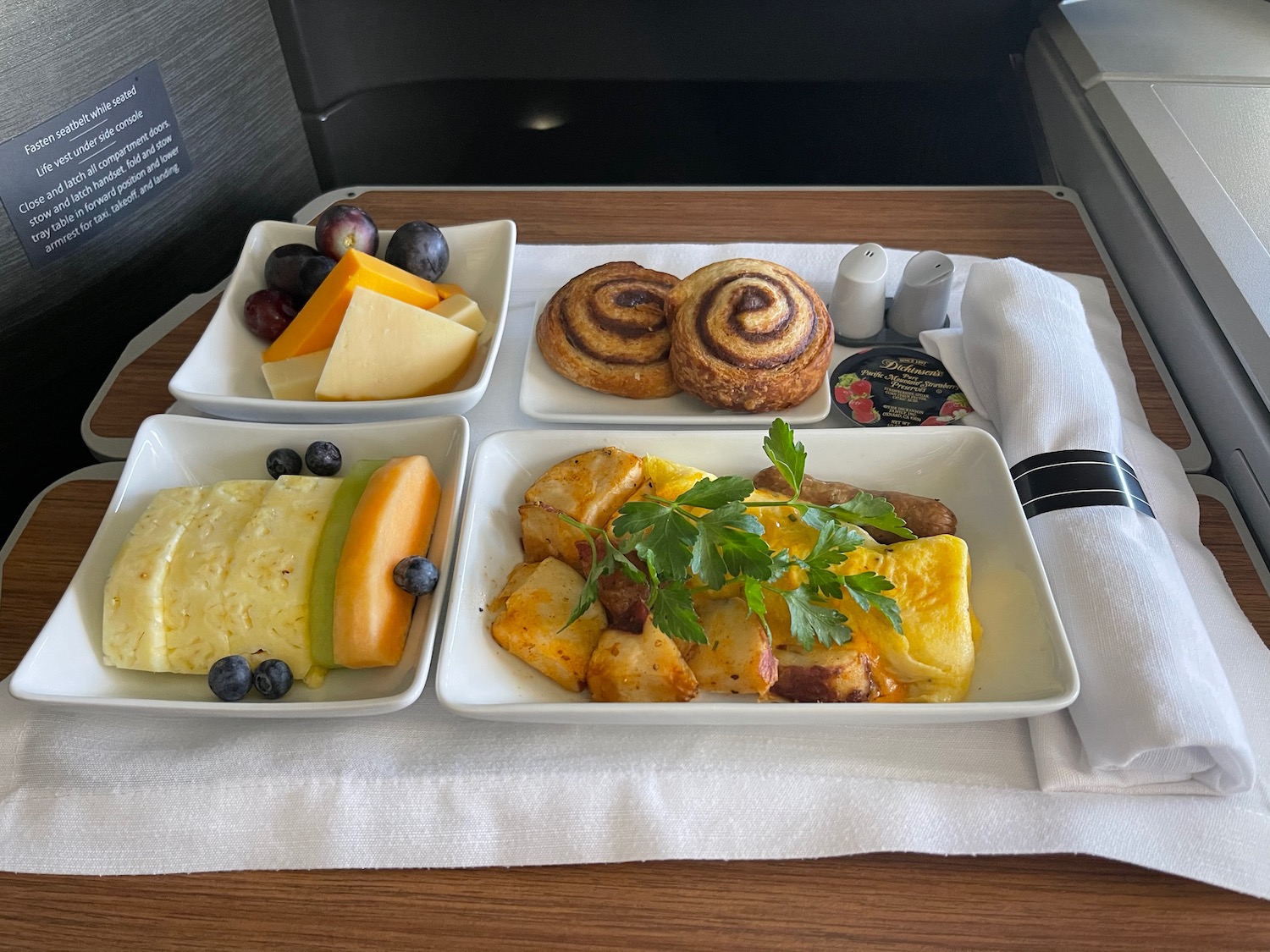 In terms of quantity, it was a massive amount of food. I typically request two breakfasts when I fly, but there was no no need here.

As beautiful as it looked, the omelet was a bit soggy and the cheese totally overwhelmed any taste of eggs or tomato. I wish I had ordered the American breakfast and will do so next time.

It was so nice to have fresh fruit and the cinnamon rolls were tasty (I ate them both) considering they were not warned up.

I particularly appreciated that the meal was served on real dishes, not plastic or disposable ones (though there was still a great deal of unnecessary plastic waste).

My United flight from Newark (EWR) to Los Angeles (LAX) included a choice of buttermilk pancakes or huevos rancheros.

The eggs were scrambled with green peppers and a spicy red salsa (genuinely spicy) and served on top of a sope shell (thicker than a tortilla) with black beans on the side. This was an extremely tasty dish. Such a shame that one “Kirby Kutback” in late 2020 was the elimination of real fruit for a Dole fruit cup, which I find just nasty. Greek yogurt has also been replaced by a sugary yogurt from Upstate Farms. I also had the pancakes, stuffed with blueberries + peaches and served with sausage on the side and pure maple syrup. I love stuffed pancakes and also found these very tasty. If United would just bring back fresh fruit and a croissant or cinnamon roll, they would be the clear winner, at least in this round.

Both United and American offered a decent breakfast on select coast-to-coast flights. American Airlines offered more choice and quantity while I found the United Airlines main courses to be tastier.