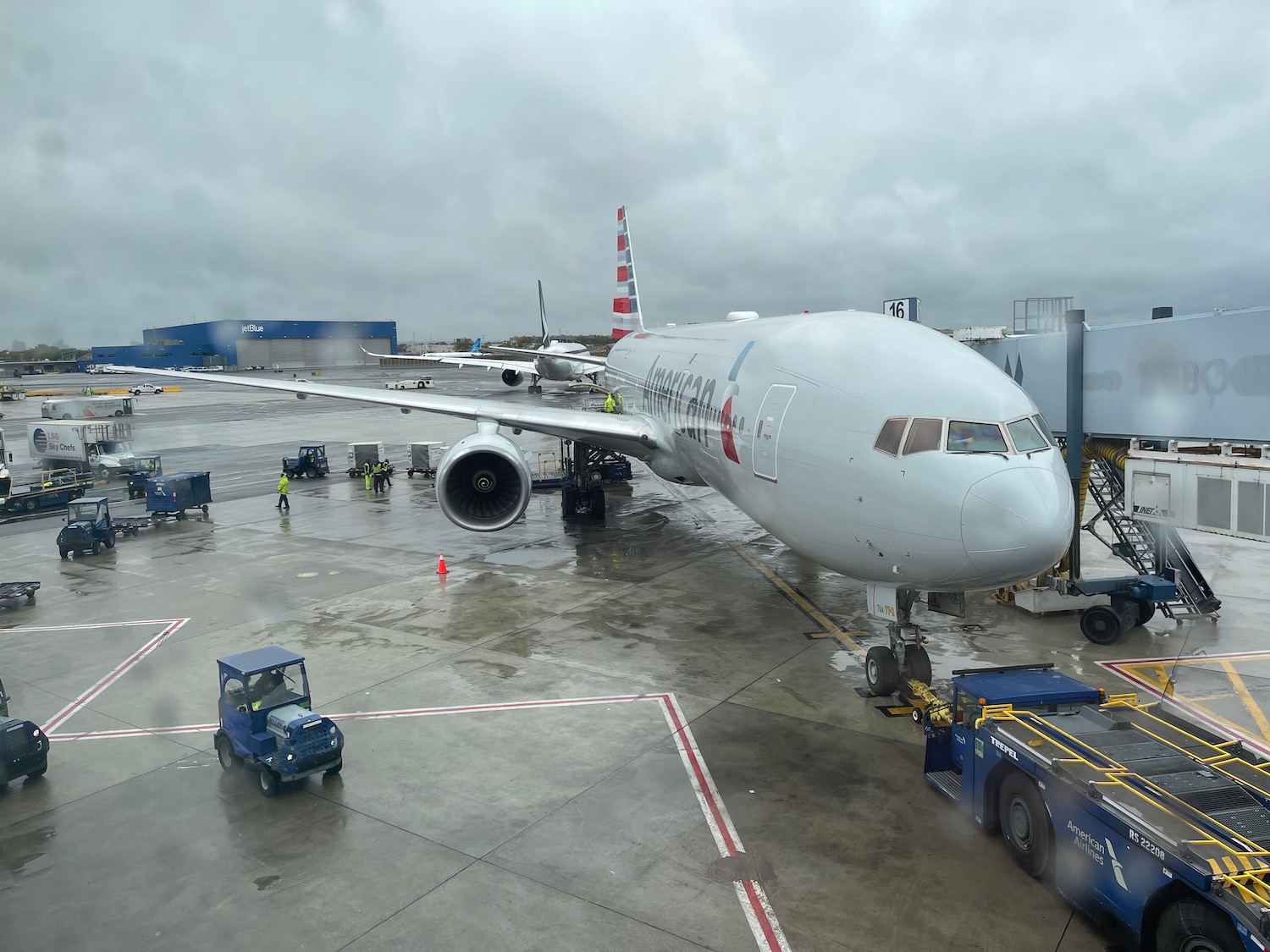 The union representing the American Airlines pilots implicated in the JFK runway incursion incident is trying to downplay pilot culpability through a narrative that defies all reasonableness.

Running interference through Ted Reed of Forbes, the Allied Pilots Association (APA) lays out a counter-narrative that seeks to absolve the pilots who entered an active runway at New York JFK and put in jeopardy every passenger on their aircraft as well as every passenger on a Delta 737 that was taking off from the same runway they were crossing.

First, we warned you something like this would happen!

Indeed, on January 3, 2023 the union complained to its members about a cockpit procedure change that was implemented in writing rather than via (paid) training and impacted some aircraft, including the 777-200 at the heart of this incident.

American Airlines Flight Operations management is attempting to circumvent robust safety-related pilot training by unilaterally imposing operational changes via bulletin. While APA does not oppose fleet harmonization, we are steadfast in our commitment that pilots must be properly trained BEFORE operating with passengers. This training must be developed in a stakeholder safety culture that acknowledges and addresses concerns raised by APA. To date, that has not occurred. This attempt to train by bulletin, while ignoring serious safety concerns and well-established best practices, runs the risk of dramatically eroding margins of safety.

The operational changes that management is attempting to implement without fulsome training alters how pilots communicate, coordinate, and execute flight safety duties at some of the most high-threat times of flight. These high-threat times include, but are not limited to, rejected takeoffs, low visibility approaches, and go-arounds. Aligned and standardized crew communication and coordination is the bedrock of maintaining the safety margin during all phases of flight, but particularly during high task-loaded maneuvers. Management’s attempt to train by bulletin reeks of training on the cheap and placing profits before people.

So what was the procedure change?

First officers must process additional takeoff data (flap and power settings), perform a runway assessment, and mark the cabin takeoff announcement (“flight attendants, prepare for takeoff”). Previously the captain performed these duties, so it is not like there is actually more work to be done in the cockpit.

Notice the union holds out this “see, we we were right” attitude and yet fails to explain how any of these procedures led to such a grievous error. Surely, pilots can walk and chew gum at the same time.

Second, the co-pilot was brand new in her role. Reed writes:

The first officer, an experienced 737 pilot, was making her first 777 flight after 100 hours of training flights that did not include the new procedures.

“She has all this data to analyze and input, plus she has a new task on top of all that,” the source said. “She was overwhelmed.”

That’s not comforting and does not necessarily reflect well on American Airlines or APA either. But it certainly does not reflect well upon the pilot or the captain who should have been watching over her.

Third, the plane took off for London (and overwrote the flight recorder) because the pilots had no idea anything was wrong.

“The crew didn’t understand the gravity of what occurred until they got to London,” the source said. “That is when they realized what happened. Until then, they didn’t know there had been a runway incursion.”

Isn’t it all the more alarming if the three pilots were made aware of a “possible pilot deviation” and parked for 30 minutes and did not seek to understand what was going on?

Fourth, the captain could not see the runway lights.

The captain, meanwhile, had to make a left turn and then a right turn to get on the runway, and so did not have sufficient visibility to see stop bar lights on the runway. The captain was in fact on his way to another runway. A third pilot in the cockpit also could not see the lights.

Yes, apparently sitting in the left seat somehow made the runway lights invisible.

So that’s the union defense. Poor training and a lack of communication concerning the runway incursion.

But here’s what that defense does not answer and what Reed fails to ask:

How could three experienced pilots have taxied to the wrong runway? Even if the captain missed the stop bar lights, did not the other two pilots notice? Were they not checking the flow of traffic?

I’ll doubtlessly be accused of being anti-union, but that is not the case. Here, the problem is that you have three pilots in a cockpit so that six eyes are scanning during taxi, takeoff, and landing, the three most dangerous parts of the flight. Saying the first officer was new or busy does not pass the smell test. Saying that the captain could not see the runway lights really does not pass the smell test.

The union narrative on the American Airlines – Delta incident at JFK is that the pilots were not properly trained and had no idea of the severity of the incident. While I do not foreclose that the new procedures may have played into this in an indirect way, I find it a very weak defense that does not exonerate the pilots. Instead, I think Reed’s piece makes the matter even worse for the three AA pilots.