I had the chance to try the new breakfast menu on United Airlines over the weekend and can say that breakfast remains the best meal of the day in terms of domestic first class and that the frittata is a great choice.

This month, United Airlines changed its domestic first class menu for the first time in six months. New breakfast choices now include a Belgium waffle with caramelized apple and cranberry compote or an egg frittata with Potatoes O’Brien, sausage, and cooked spinach.

I was seated in the last row of first class, but the purser came to me first, thanked me for being a 1K member, and took my order. She proceeded to jump around the cabin to take orders based on status, which is a bit old school since the flight attendant app now sorts order preferences automatically, but she was incredibly kind and gracious to every passenger and I was happy to receive my first choice despite being seated in the last row.

Breakfast arrived about 45 minutes into the flight, with drinks and the entree served on one tray. The main dish was exactly as described, with a triangle-shaped frittata,  potatoes O’Brien covered in cheese, two slices of chicken sausage, and some cooked spinach on the side. On the side was Chobani Greek yogurt (strawberry flavored), a bowl of fresh fruit, and a hot croissant with butter and strawberry preserves. 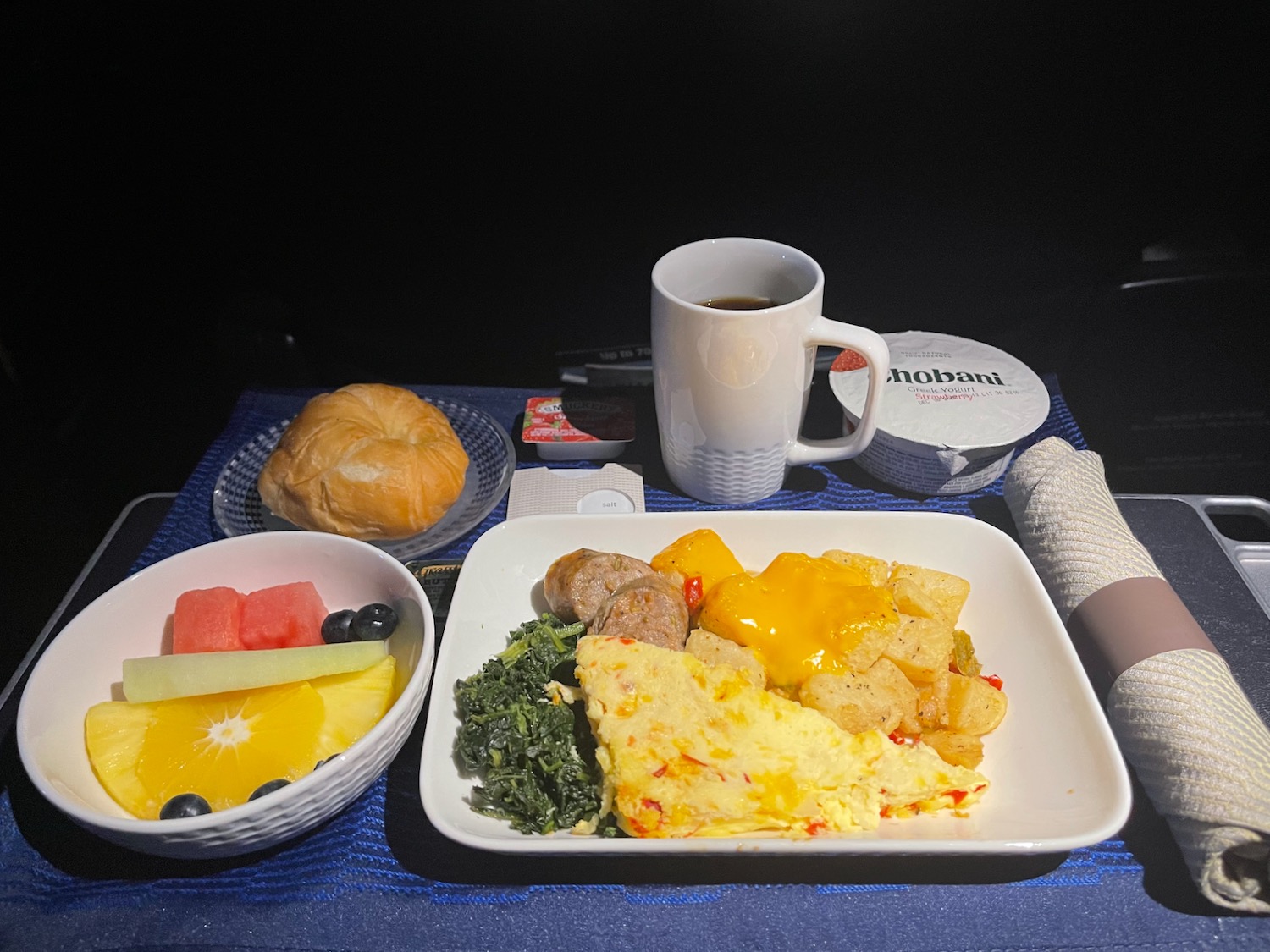 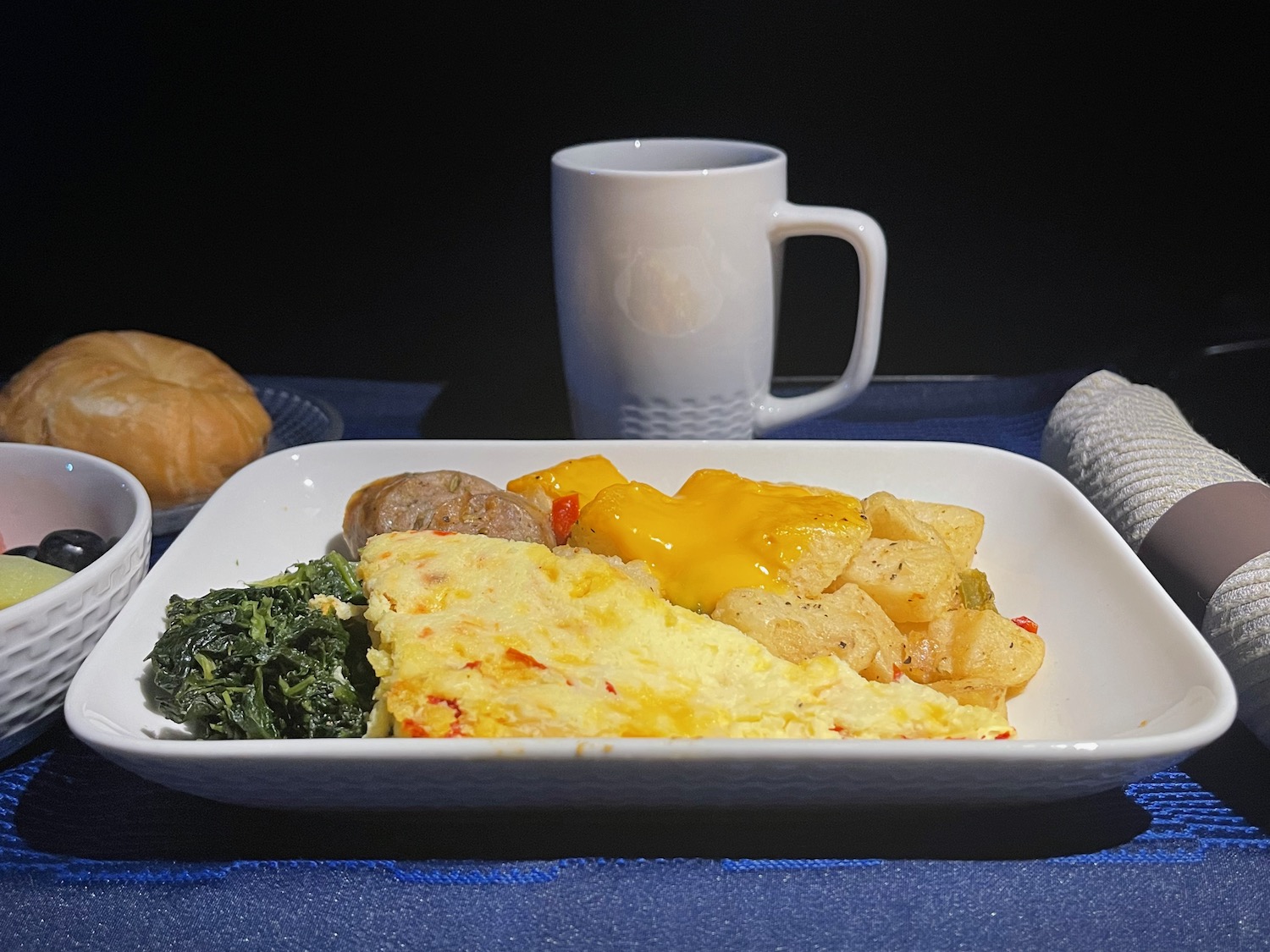 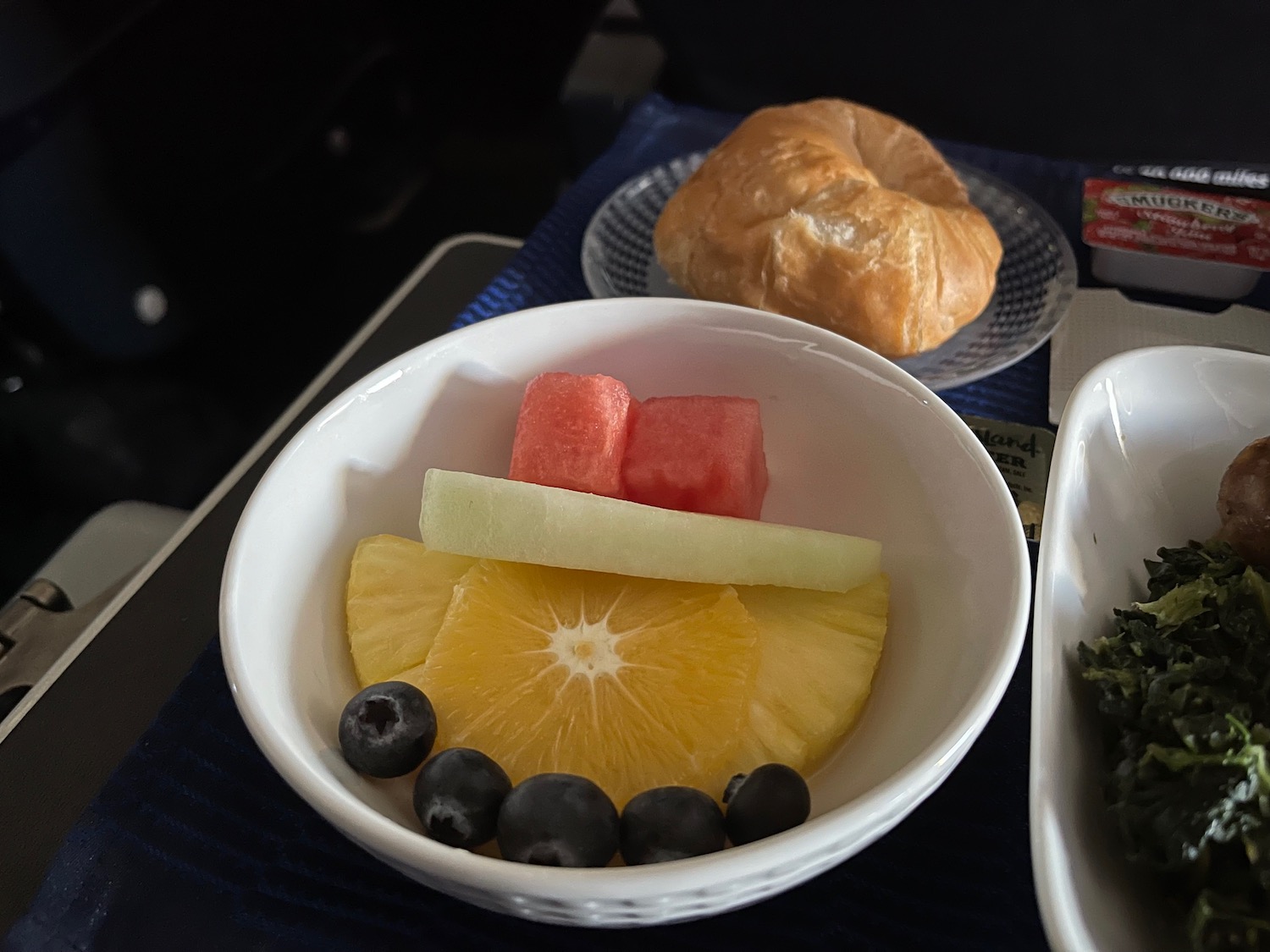 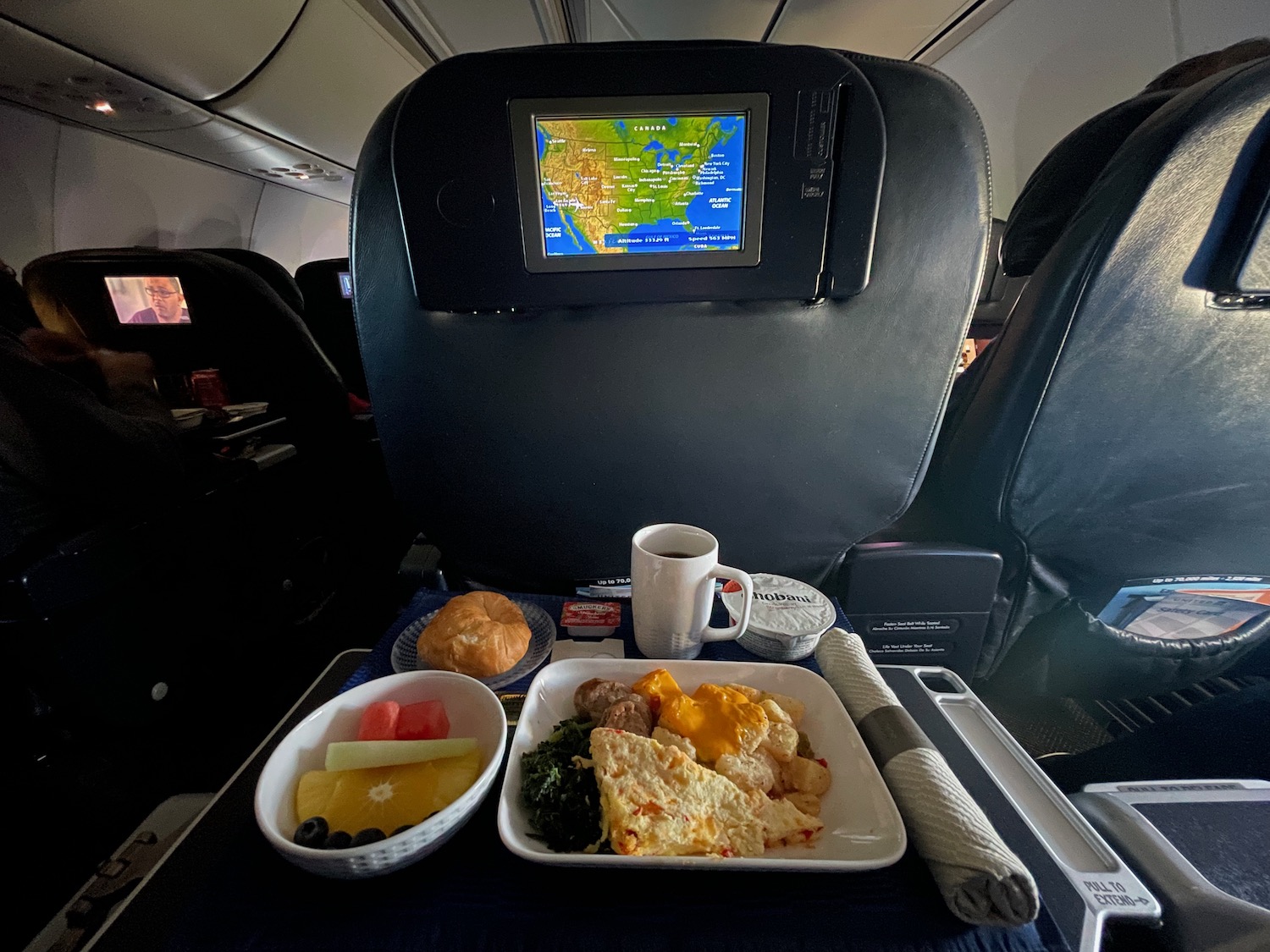 I have no complaints about the meal. In fact, I quite liked it and was even pleased to see Greek yogurt instead of the usual standard Chobani which has more added sugar and less protein. Overall, it was a great breakfast.

United offered a different type of frittata in economy class with Italian sausage for sale a couple of years ago, which was also good and I would like to see back.

United’s new breakfast frittata in first class is a winner. I recommend it and thought the quantity was impressive and the taste of the food worth the calories. I would order this dish again.