We’ve reached the end of my Africa trip report. Thanks for staying with me all this time. Looking back on my flights back to the United States is like looking back back on a whole different era. Because it was indeed a different era. In our new pandemic age, what a difference a day makes. This brief review covers two United flights in business class from London to Los Angeles via Washington Dulles.

Indeed, it was just a few days after after my flights home on United Airlines that the world shut down. Flights were suspended. Service onboard was cutback. This brief trip reports thus provides a time capsule of how service looked like days before it was curtailed. My pictures are limited because I did not even plan to publish another United report (I’ve published so many), but I’ll share the pictures anyway and offer commentary.

Look at boarding in London Heathrow. 100+ people. One mask. This was back in March when the U.S. government lied and said masks were not necessary because there was such a shortage of them and it wanted to stockpile them for medical workers and first responders. The flight to Washington was the day before the European travel ban to the USA went into effect (though Britain was exempt).  Still, many from the Continent connected through Heathrow to try to get on one of the last flights back to the States.

I could have stayed overnight in London and flown nonstop the next day, but the extra stop in Dulles saved passing through the UK Border and finding a hotel.

Although the flight was packed, the seat next to me stayed open in Polaris Business Class. Look at the British Airways A380 landing…will it ever fly again? Onboard, I found my seat, a so-called “honeymoon” seat in center section of the odd-numbered rows aboard the 777-200. It would have been a bit awkward had I had a seatmate, but was perfectly fine traveling with the adjacent seat open. Menus were already waiting on the seat. The choices were the same as they have been for years. Mixed nuts and a beverage after takeoff. Then a green salad with honey mustard dressing and a chicken/pork/apricot terrine that I’ve never been able to work up the courage to eat (it does not look appealing to me). Traditionally, the beef out of London Heathrow was always a good choice, so I ordered short ribs. The meal was on the heavy side and the meat overcooked, but still tender with the gravy over it. My favorite part of flying out of London Heathrow is the cheese…look at that wonderful selection, which included:

Definitely the highlight of the meal (along with the pistachio Macarons) Internet was available, with a flight pass costing $32. But I just wanted to sleep. So I put on “From the Flight Deck” (Air Traffic Control communications), leaned back, and promptly fell asleep. When I finally woke up, we were about to land. No pre-arrival meal to report, but I was still stuffed from lunch and would have declined it even if I was awake. United used to offer afternoon tea service on westbound Heathrow flights. A scone and tea would have far more appreciated than pizza or a hamburger.

In Washington Dulles, the Global Entry machine took an out-of-focus picture of me, so I was sent to secondary screening…which simply involved them opening up the orange box, asking if I was bringing any food into the country, then sending me on my way when I shook my head. 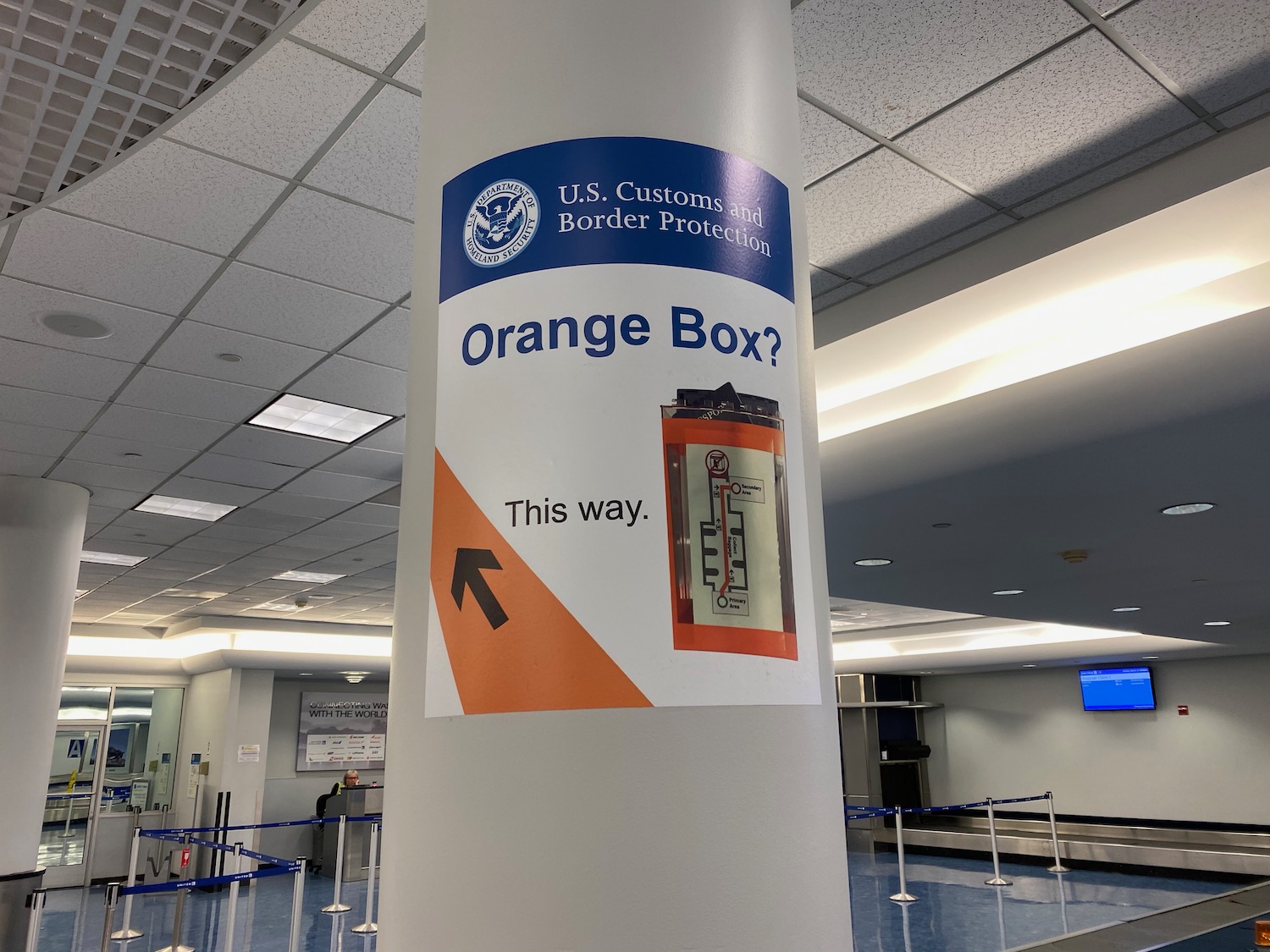 My layover was brief and I soon boarded a 737-700 to Los Angeles. The first class cabin was half empty and the load in economy class was only about 20%. Service shined, with a pair of very kind flight attendants looking after the cabin. A cheeseburger (or thai noodle salad) was served after takeoff, one of my favorite meals on United and what turned out to be my last pre-pandemic airline meal. Having flown LFW-COO-ABJ-IST-LHR-IAD over the last 24 hours, I was pretty exhausted at this point and just walked back to economy class and stretched out across three seats for several hours.

I retuned to first class where hot muffins were served prior to landing. After six flights, I made it back to Los Angeles. It was good to be home. Little did I know how much the world would change not only in the weeks and months ahead, but the days ahead.