I was excited to fly an aircraft I’ve not flown before in Lufthansa business class but found it falling apart at the seams.

My family changed a last-minute booking, eschewing a Brussels-New York flight for a Munich-Miami instead. Rather than flying a Brussels Airlines A330-300, we would take a Lufthansa A340-600. This is an older aircraft type, but it would be my first ever A340, and of the variants this is the one I most wanted to try. It was a happenstance occurrence, we chose the route based on what was best for our trip, not the equipment, but it was a nice bonus.

This would also be just my second Lufthansa itinerary and my wife and daughter’s first. I wasn’t terribly impressed with Lufty’s A350-900 a few months ago, solely based on the 2-2-2 layout for a brand-new plane, but expected it on this aircraft. That said, the strengths of this aircraft are in the original design, not the current state. 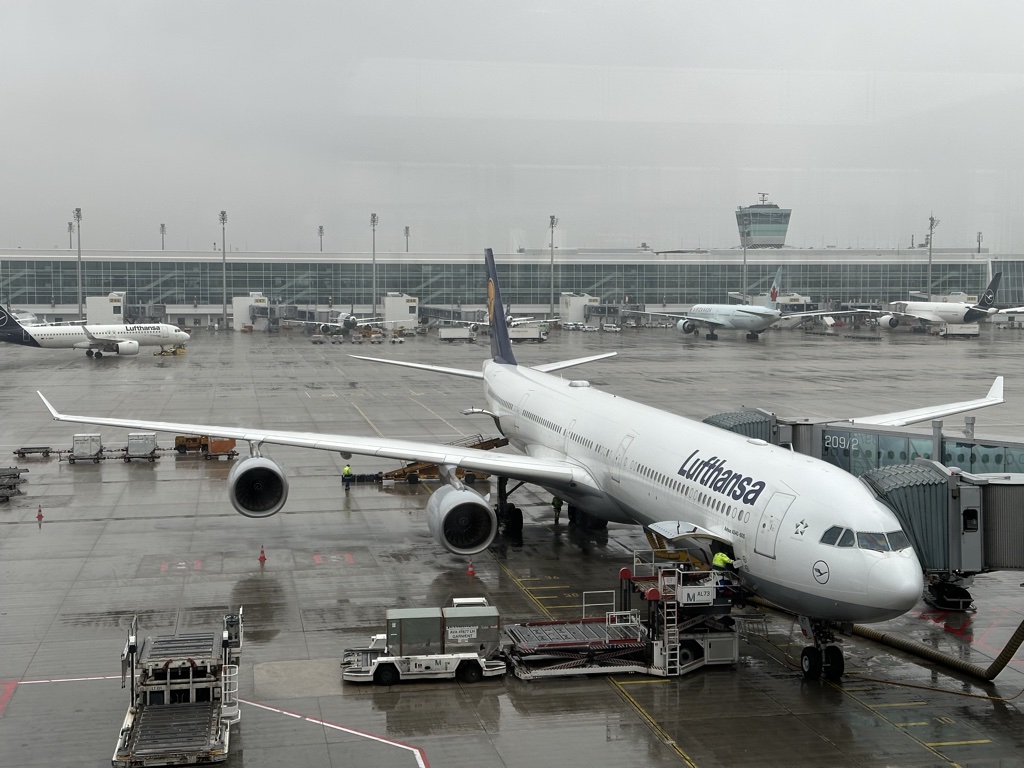 What started with enthusiasm turned to disappointment, not just for me, but for other passengers on the flight. Within just a few closely related seats, there were a variety of problems that show this product is tired and falling apart. At my seat, 12D, the remote control seemed normal at first, but then functionality began to deteriorate before it became completely unusable and split into two pieces. This is a particularly large problem because the IFE has to be at least started with the remote and cannot be adjusted solely by touching the screen. Without a functional remote, the IFE is unusable and I had to move seats. Across the aisle, 12C had a screen issue in which the monitor was badly damaged and that passenger had to be reseated as well. Streaks of color and blurred lines across the screen rendered it useless for the passenger. I also found it a little odd (and restrictive) that the headphones are essentially hooked (attached) to the inside of an extremely limited stowage area that’s near impossible to plug in from behind the passenger. 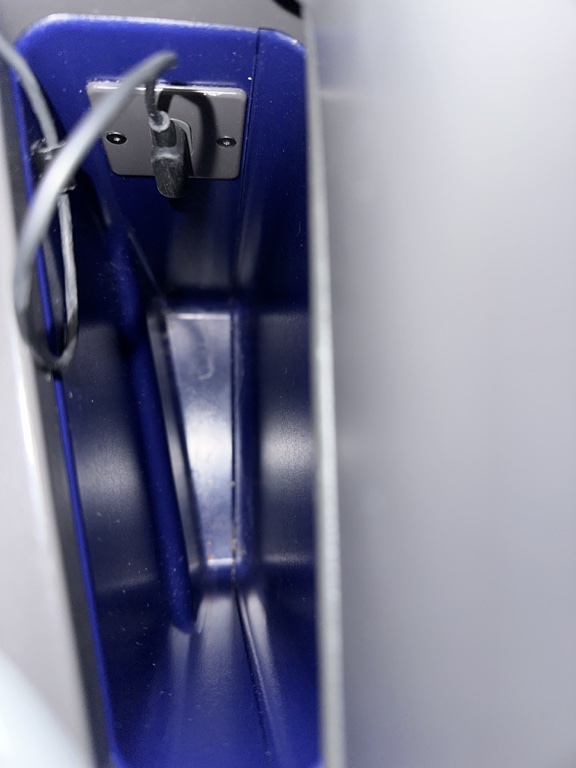 It seems unlikely to me that my disintegrating remote, the streaky screen, and the seat panels all coming off were attributed to the immediately prior flight and somehow overlooked by maintenance. Rather, it seems like these problems were pretty frequent based on the lack of surprise by the flight crew. In just six seats immediately near me and my family, there were so many adjustments to make. Had the cabin been sold out completely, I would have flown the 10+ hour flight with no IFE as would the passenger across from me. In total, five passengers changed seats to be made whole or as close to whole as possible.

There are some really great design features of this aircraft and I loved flying on it. I will cover some of those features in another post, but in the interim, I’ll just say that I would love to see the aircraft remain in the fleet but with appropriate updates. It’s no secret that four-engine aircraft, and particularly the A340, are inefficient and there’s a temptation to drop them from the fleet rather than update it.

I suspect that the reason these aircraft are falling apart is because Lufthansa does not want to invest a type that it may not continue to fly for much longer.

Lufthansa’s A340-600 is not the newest in the fleet, and with age comes some wear and tear. But the airline is known for excellent operations, service and attention to detail. This aircraft in its current state doesn’t reflect the best that the carrier has to offer and that may seem obvious for those flying the route. Passengers, like my family, who booked the flight don’t care whether the plane is old or new, the product should be consistent and not falling apart or requiring passengers to switch seats just to have a competent experience. Update the aircraft, don’t retire it, but do it now because this is not representative of what Lufthansa has to offer.

What do you think? Have you noticed a deteriorating business class product on Lufthansa? How would you react after flying this equipment?