United Airlines is stepping up its advertising in Denver, with a new citywide ad campaign intended to highlight United’s ties to the Mile High City and distinguish it from Southwest Airlines.

Over the last decade, Denver has been a profitable hub for United. In fact, in 2016 United admitted Denver was its most profitable hub. But we’ve seen an aggressive buildup from Southwest Airlines and Frontier Airlines. While Frontier Airlines poses less of a threat, Southwest has targeted many bread and butter routes for United and has also teased new nonstop service to Hawaii.

In response, United has not only ramped up Denver service but introduced a new “Accept nothing less than Mile High Standards” campaign that touts United’s nonstop flights, punctuality, and deeper ties to the community. The ad campaign further pokes fun at Southwest’s lack of assigned seating and upgrades.

A United spokesperson tells me that the ads will be steadily rolling out through the summer on airport billboards and screens, downtown kiosks, and wrapped around commuter trains and light rail. There will also be TV spots, online ads, and “audio on Spotify including a custom-curated playlist with a mix of local artists and travel-inspired music.”

Here’s a look at some of the upcoming new ads: 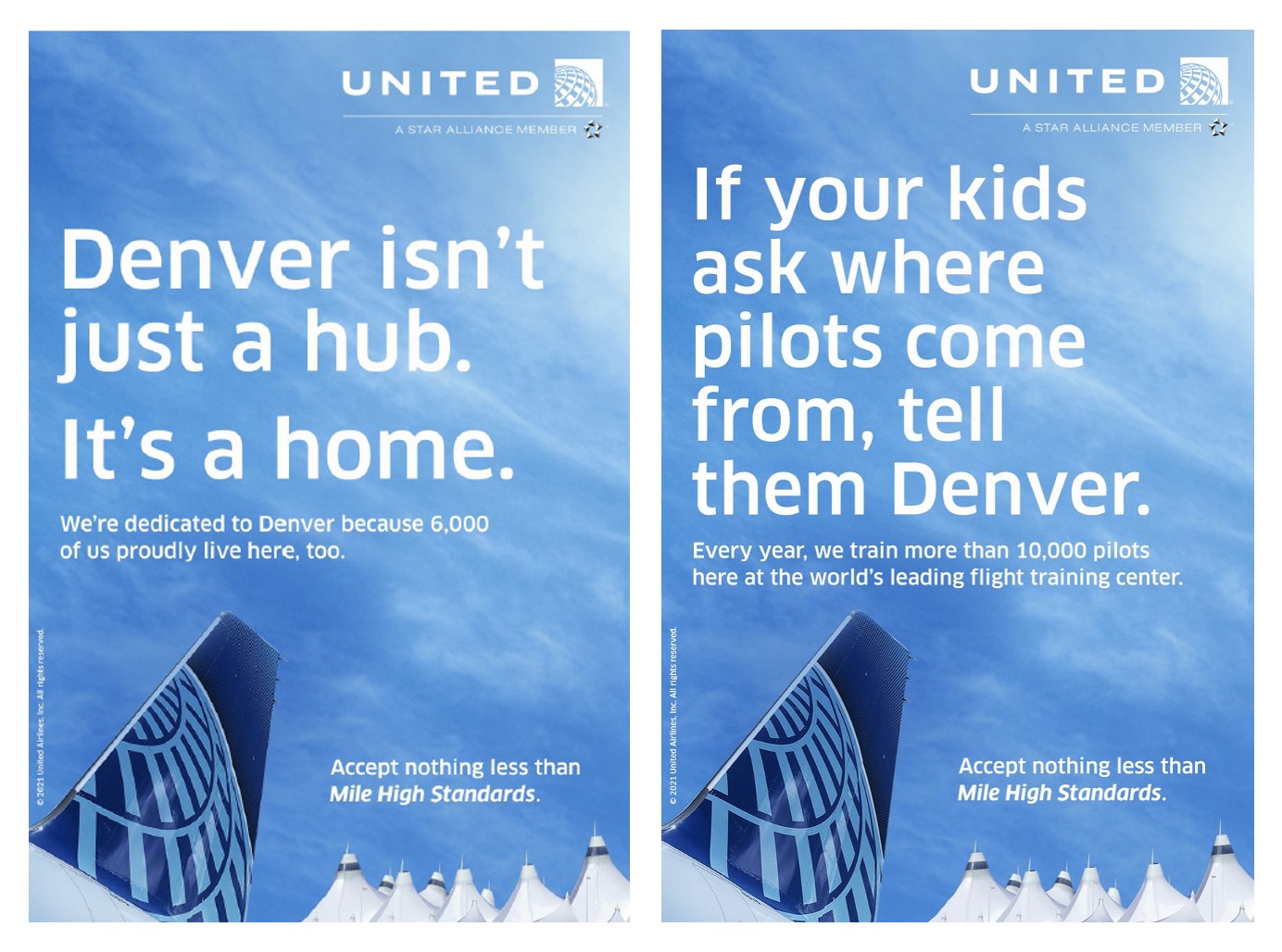 Denver is a competitive market and I’m hearing that United wants to be more aggressive in its Denver buildup. Beyond the new ad campaign, watch this space for updates on new routes from Denver, which could be a lot more exciting than this ad campaign.