I don’t usually write domestic shorthaul trip reports, but thought it might be helpful to chronicle my recent trip to Colorado on United Airlines onboard a 737-900. While pandemic-related service cutbacks continue, the flight felt surprisingly like old times.

I chose the first Denver flight of the day out of LAX so I could connect to Colorado Springs and arrive before noon. That mean a very early wake-up call, but there was no traffic driving to the airport (despite new shutdowns, traffic is back in full force in Los Angeles).

The airport was also quiet at that early hour. I was going to stop for a cappuccino prior to the flight, but boarding began before the coffee shop even opened, so it was onboard coffee for me!

The 737-900 first class seats are comfortable and perfectly suitable for a two-hour flight. Avoid the last row (five), though, as recline is limited especially on the A/B side. I was seated in row three. 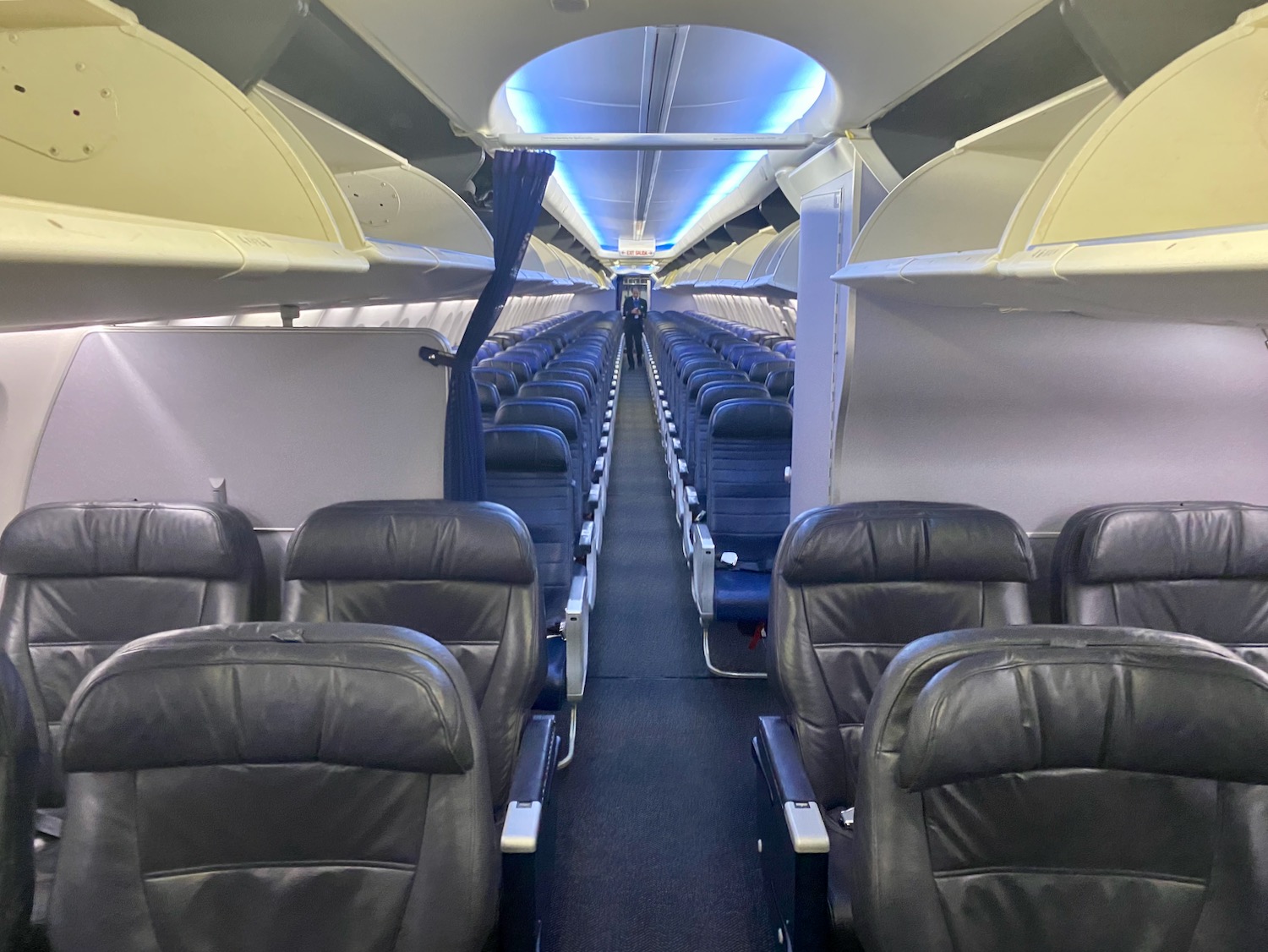 The sun had still not risen as we taxied out and took off into the morning sky.

Breakfast was served after takeoff , a choice between two sandwiches:

I had not tried either sandwich and went with the “everything bagel baguette” which included ciabatta bread, Swiss cheese, cream cheese, carrots, scallions, and red peppers. Yes indeed, it had a kick to it (and also a ton of fat and carbs). It was served hot and I must say that it was very tasty. Sure, I’d much rather have an omelet or French Toast with fresh fruit and yogurt, but this was better than nothing and certainly better than a snack box full of shelf-stable junk food.

As an added bonus, the coffee was strong.

I asked if there were any turkey sandwiches left, just so I could do a taste test, but all the sandwiches were taken. I was offered a snack box and declined.

Two treats on this flight. First, it was great to see Jill Raymond as the purser. She was purser on a LAX-SFO flight over the summer and I was so pleased with her service I wrote her a note of praise. Once again, she provided caring, attentive service to everyone in the cabin. She’s a great asset for United.

Second, the views out the window were lovely. I love the low sun of winter and the snow on the ground: I would have connected to the internet, but not at these prices…$14.99 for 30 minutes? That’s really an insult. My emails and texting could wait, even if I could expense it… Throughout the flight, Raymond patrolled the cabin and offered refills on beverages. I appreciated the attentiveness so much.

It was a smooth flight overall. The sandwich was satisfactory, service was great, but internet pricing absurd. I look forward to the return of full service onboard, but I must give United credit for offering a lot more than Delta right now in terms of soft product. I prefer this over a blocked seat.